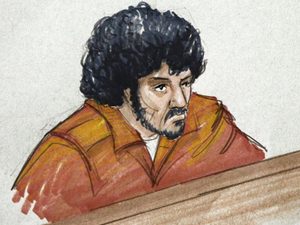 Recent counterterrorism efforts conducted by the FBI leave many wondering about the state of our nation’s security. Within the past year, FBI officials have produced a new method for stopping terrorist attacks: picking out the “terrorists” themselves.

A string of operations which provokes young individuals to commit criminal and premeditated terrorist attacks on innocent people. By giving them the tools they need on a silver platter, along with words of encouragement, the FBI is creating dangerous situations where they can intervene and then stop an event from happening; a bit redundant right?

Two federal cases in particular have made major headlines; a 19 year old Adel Daoud, and 21 year old Quazi Ahsan Nafis were arrested after undercover FBI agents persuaded them to commit crimes and giving them the means to do so.

Daoud and Nafis were led to hold extremist views, where they would confide to people they believed had ties with al Qaeda or other terrorist groups (in these cases, FBI informants), with ideas they had on taking “action” against America. In an attempt to “diffuse” these plans, FBI agents, after months of building a relationship with the to-be “terrorists,” gave Daoud and Nafis the resources and moral support to carry out terrorist attacks.

Even more interesting is how these setups are presented in the mainstream media, barely expressed as sting operations and most definitely not as intended captures under false pretenses.  The undercover FBI officials are painted as heroes who foiled yet another terrorist plot thus securing the safety of our nation.

As much as we all love a superhero story, reality tells us otherwise.

What you don’t hear about is how the FBI facilitates these terrorist actions, compelling young and impressionable individuals into committing violent crimes. So who are the FBI setting the sights on for what they consider to be promising young terrorists?

Unsurprisingly, the targets are young men of Middle Eastern and South Asian descent, taking racial profiling to a new level.

As they manufacture evidence against presumably innocent individuals, there is an obvious problem with the credibility of our law enforcement. The “terrorist enemy” is being profiled based on tired stereotypes that stem from ignorance, fear, and Islamophobia.

It certainly doesn’t help that the informants that are providing the police with information are promised a hefty reward in order for these operations to take place and creating a framework for those police officials to base their case around.

So what’s really behind these sting operations, seize and capture efforts, top secret investigations, or entrapment-like incarcerations? From what is portrayed in the media, police officials are using “powerful law enforcement tools” against the teens in order to prevent terrorist and terror organizations from infiltratingAmerica.

In most cases, law enforcement officials set up sting operations with the notion that there was some existing criminal activity. They follow potential suspects knowing that they are participating in illicit situations and allowing them to continue in order to capture them on a bigger bust.

But what about Daoud and Nafis who were in no way involved in previous attempts of terrorist action, aside for the implied confessions once the undercover agents already got into their minds and cosigned on their radical ideas.

It seems the FBI has its own spin on “innocent until proven guilty.” Was the FBI only preventing the probable? I think not.

Adel Daoud was a kid straight out of high school, identified as “the best kid” by his parents, but was troubled and initially misguided. How Daoud was actually captured and what information was being tracked on his behalf is not being released to the public; prosecutors state this would be a direct violation of the Classified Information Procedures Act and the Foreign Intelligence Surveillance Act, both designed to fight terror plots after the 2001 September 11 attacks.

Without this information, the public cannot be certain about everything that transpired, but we do know that there was a heavy influence from the FBI, developing an idea from a person, young and naïve, and turning it into a real lived terrorist exploitation.

Nafis, a Bangladeshi native, and Daoud, an American Muslim citizen, were picture perfect targets and easily manipulated. After they were given fake bombs and urging words, reports reflected a somewhat different perspective. In one report , they described the actions that took place when the plot was unraveling, stating that Nafis unpacked “his” bag full of explosives to carry out “his” plan.

But were these explosives really in fact his?

National security is put in place to prevent dangerous events from happening, but police credibility comes into question when they create the situation in the first place. How are they creating a safe environment for the American people when they provide radical minded individuals with the tools they need to execute a dangerous plot?

You can parallel this to many situations: giving drugs to people with serious addiction; feeding the delusions of mentally ill people; surrounding a recovering sex offender with provocative situations.

The idea is to help people that need help, thus getting to the root of extremist or violent influence that may find its way to young people who are naïve, people like Daoud and Nafis. If ideas of violence, hate, and terrorism were implanted in their young minds how can we decipher if they were inherent?

Instead of getting to the root of the problem and working to stifle actual threats, young lives are now destroyed and these kids will potentially face the rest of their lives in prison based on incitements.

Aside from the staunchly unconstitutional counterterrorism methods, blatant racist profiling, and endangering American Muslim citizens by inciting Islamophobia, these manufactured attacks have more than one victim: the safety and security of ALL American citizens.

Actual threats of terrorism and violence become even more alarming when the FBI loses one of its valuable resources: a cooperative American Muslim community that has – until recent FBI spying and unjust law enforcement policies – have contributed their time and effort to assisting with thwarting potential dangers and influences.

The American Muslim community, feeling unfairly targeted now has legitimate reason to distrust FBI and law enforcement officials as well as one another. Communities, schools, and places of worship are no longer safe havens for communities and their families, but have become breeding grounds for fear, suspicion and mistrust.

Our civil liberties cannot continue to be compromised. Acts such as the Patriot Act and NDAA were put in place to provide loopholes in our constitution, to take away certain rights so they have the ability to target individuals that “might” cause harm. The constitution was put in place to protect our citizens, U.S . citizens like the young Daoud, who will now be imprisoned based on a faulty system.

It comes now to question, who will be the next targeted American Muslim that will take the bait and fall victim to plots executed by our own national security forces?

For years now it is a common household subject that there is a “War on Terror” we are fighting. To get to the root of the problem is one thing, but there are issues with law enforcement creating perversions of the true dangers that face our society. This fabricated product of our own security services poses a threat to American Muslims, and as the media delivers honored depictions of sting operations, there will be no change in how potential threats are targeted.