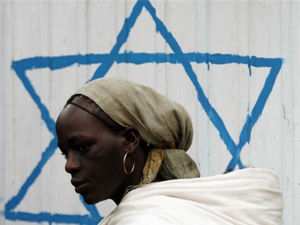 In January, the state of Israel admitted that it had been administering birth control injections to Ethiopian Jewish immigrant women without their consent or their knowledge. “The government had previously denied the practice but the Israeli Health Ministry’s director-general has now ordered gynecologists to stop administering the drugs,” reported The Independent.

The women were injected with the contraceptive, Depo Provera, every three months and were misleadingly told that the injections were “inoculations.”  Some women who rejected these injections were forced or coerced into taking the drug anyway.  The drug was administered while these women were still in transit camps in Ethiopia.

How appalling, I should say.  Why were these women being subjected to such treatment?  And, where had their right of consent gone, the right to decide what enters their body?

Well the answer is horrifyingly clear:  they and ‘their kind’ were obviously not welcome in Israel, to the point that the Israeli government felt that it was necessary to forcibly control their population growth.

And, while this is an extremely unethical act in itself, it actually stems from a deep rooted racism against Ethiopian Jews in Israel.

According to IRIN, a UN humanitarian news website, there is rampant racism against Ethiopian Jews; they face constant discrimination and they live in very poor socio-economic conditions because of this racism:

“Ethiopian Jews are treated differently from other Israelis:  factories do not want to employ them; landlords refuse them; and certain schools turn away their children.”

Shay Sium, an Ethiopian immigrant, said that he “became accustomed to being called a ‘nigger’” growing up.

Furthermore, under Israel’s “Law of Return,” Ethiopian Jews should be given their full rights as Israeli citizens, since under this law, Jews or people with Jewish ancestry have the right of return to Israel.

However, detention and deportation have been implemented by the the Israeli government in order “to stop the influx of African migrants and asylum seekers.”

According to Al-Jazeera, “Binyamin Netanyahu, Israel’s prime minister, has pledged…to stop migrants from illegally entering the country.  Additionally, a law went into effect…that grants Israeli authorities the power to arrest and detain illegal migrants for up to three years.  These migrants could face jail time, without trial or deportation.  Anyone assisting them could also be detained for anywhere between five and 15 years.”

Netanyahu also called these African immigrants “infiltrators” and has said that they are a  security and a “national identity” threat to Israel.

In other words, Netanyahu is really saying that these Ethiopian Jews don’t fit the profile in terms of what defines “Jewishness.”  So, does this really make “Jewishness” something that is defined by skin color, a certain class of people, a certain look, or even by the Hebrew language only? (According to IRIN many of the refugees and immigrants don’t know how to speak Hebrew, putting them at a disadvantage in terms of knowing what is legal and illegal.)

It seems so, as Dvorah Blum, the director of the Ruppin Academic Center’s Institute for Immigration and Social Integration in Israel tells us:

“One thing which is a common denominator for all government activity regarding the refugees is the problem that it is more reactions, instead of thinking ahead, and thinking systematically about the whole issue.”

“According to Blum, Israel’s immigration process is based on two laws– the right of return for all Jews to the land of Israel, and the law of entrance, which gives power to the interior ministry to decide in an ad hoc manner who can enter and on what terms.”

These Ethiopian immigrants are just another group of casualties of an arbitrary immigration system.  Whether in regards to Jewish Ethiopians or Palestinian Arabs, the Israeli government continues to pursue this picture of a perfect Jewish state prototype, a prototype that has become violently exclusive.