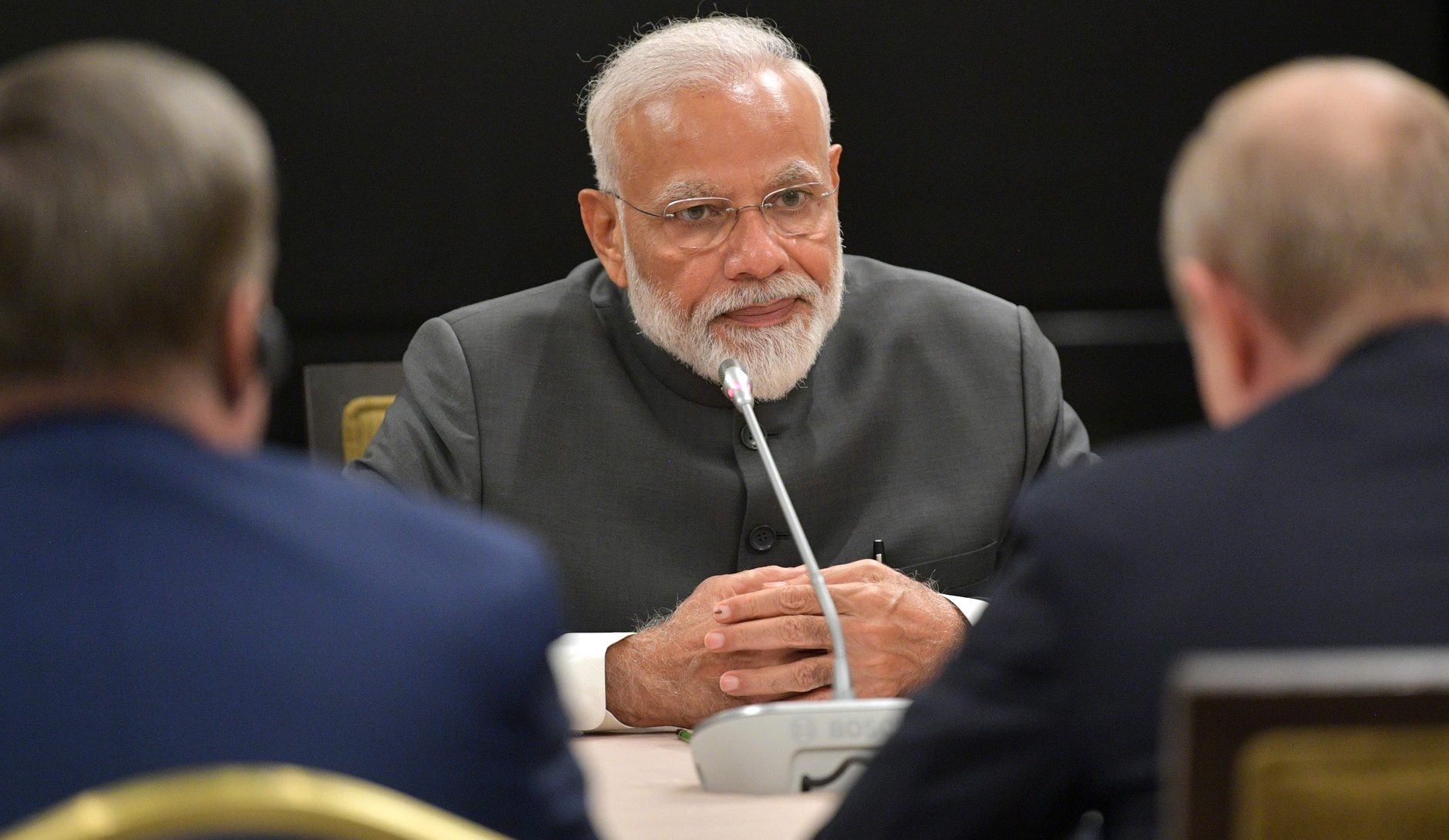 Arguably one of the most traditional nations in the world, India has managed to surpass the global standards of economic modernity and urbanization more rapidly than anyone would have expected. As the newest hotspot for emerging market investors and international companies, the BRIC country’s technological advancements in the past decade have allowed young people to become its greatest asset. This new wave of consumerism paired with a global commercial presence does not trump India’s longstanding beliefs in tradition and piety, however. Having eliminated imperial powers quickly followed by a violent partition, India’s religious diversity has pushed the boundaries of secularism upon one of its largest minorities: Muslims.

Newly elected Prime Minister Narendra Modi’s almost revolutionary strides towards improving India’s social construct attest to his strengths as a leader. Some of which include his Clean India Mission and making India “digital” through “Innovate for India” in collaboration with Intel. However, his social and technological expansions seem to undermine his previously challenged secular values. Modi’s policies not only reflect the unstoppable economic prosperity on the horizon, but also the historic imprint that has divided Hindus and Muslims for almost a century.

The PM’s sentiments towards the Muslim communities of India are not newly conceived by any means. Modi’s current decisions as Prime Minister echo similar attitudes of his Hindu nationalist party, the Bharatiya Janata Party (BJP) from over two decades earlier. The 1999 riots over the Babri Masjid mosque in the northern city of Ayodhya marks one of the worst Hindu-Muslim conflicts since Partition in 1947. As devout Hindus claimed that the mosque was built on the land on which the Hindu deity Ram was born, over a thousand Muslims were killed in the bloody uprisings. Despite orders from the Indian Supreme Court to ensure that the mosque remains intact, the BJP mobilized the mob that will eventually destroy the site completely. The incident became the first of many events in which the Constitutional confines of secularism are tested within the Indian identity.

Although the BJP was nationally criticized for their political militancy, party leader Modi successfully became Chief Minister of Gujarat in 2001. Quickly after his election, conflict regarding Babri Masjid resurfaced as Hindu pilgrims returning from Ayodhya stop in Godhra, a city with a 40% Muslim majority. As the train rested in Godhra for a short break, Muslim residents began fighting with the pilgrims, causing the train to ignite and kill 59 individuals. In the weeks following, Hindu mobs started terrorizing Muslim groups with the worst form of revenge—burning children alive, raping women, and ultimately killing over a 1,000 Muslims. The mobs also destroyed over 20,000 homes and 350 places of worship, displacing roughly 150,000 Muslims. As the riots progressed from weeks to months, allegations against the BJP’s inaction and even possible instigation of the violence arose again. A top official of the administration reported to an investigation panel that Modi had ordered police authorities to not stop the mobs; the official was shortly murdered afterwards. The global response was equally accusatory of Modi as the U.S imposed a Visa Ban on the PM, and the United Kingdom boycotted relations with the Indian administration.

For years after the tragedies, Modi’s only apology was for not handling media coverage of the riots more properly, while completely disregarding the thousands of Muslims killed under his ministry. Calling for an early election for his incumbency in 2005, Modi managed to win by a landslide with his campaign for Hinduvata, or Hindu-ness. He consolidated votes by unifying Hindu voters around a basis of fearing Muslims, constantly mentioning the 59 Hindus who died in Godhra, and never speaking about the thousand Muslims who died weeks later. It is not until talks about Prime Minister came up in 2012 that Modi completely shifted his political attitude, claiming that he is eternally apologetic to Gujaratis, and that religious intolerance is not on his agenda. The PM’s about-face proved successful, as the U.S and UK reopened relations with him upon announcing his candidacy in 2014.

Although Modi’s recent rhetoric to the public since being elected remains staunchly secular and even pro-Muslim in some elements, understanding the subliminal implications of his decisions is worth considering.

After persuading the United Nations to declare national Yoga Day on June 21st, Modi’s administration arranged over 35,000 Indians, mostly composed of government employees, to partake in a 35-minute session of poses for the public to watch. As massive projectors lining down the central path of Rajpath in New Delhi  showcase the PM posing inches off the ground in a humble white kurta, the world watched one of the strongest heads of state become one with people. The mass demonstration is supposed to service many purposes: the most predominantly being a renewal in physical and mental strength, something that Modi’s administration believes has succumbed to Western indulgences. Shripad Naik, India’s first minister overseeing yoga and traditional medicine claims:

Earlier, our people used to get up before sunrise and sleep before sunset, but now our lifestyle has changed. They are going to the pub, they will go in the middle of the night, at 12 or 1, and eat chicken and many, many new dishes… there will be a lifestyle change… our style will come.

Although Yoga Day seems to encourage a revitalization of the Indian identity, Modi’s party, the BJP, appears to utilize this quirky national holiday as less than innocent political maneuvering. The poses instructed for the yoga session require a chanting of the Hindu “Om” prayer, generally a syllable used as form of prayer for the God of Sun. For the many Muslim Indians, who make up 145 million members of India’s vast population, performing the session requires a violation to the fundamental monotheistic beliefs of Islam. For many Muslims, this is one of Modi’s many gimmicks to systematically alter India’s secular state into a Hindu one, despite his claims that Yoga Day promotes “human welfare, stress-free living, and a message of love, peace and harmony.

Modi’s promises for a greater India through economic and social development are undoubtedly on the rise, yet the smaller minorities of Muslim communities seem to fall through the cracks. Muslims making up ghettos such as Juhapura pay the bills for water and electricity to nearby governments, but receive their water from disease ridden wells. His acclaimed bus networks seem to conveniently stop feet before the impoverished, underfunded town of displaced, disheartened Muslim families. As Hindu cities triumph to pinnacles of modernity, masses of waste and decay build up in the outlying dystopian Muslim slums. Although the PM’s decisions are taking India to newer heights, a global concern must be made for the Muslims living under this so-called revolution.