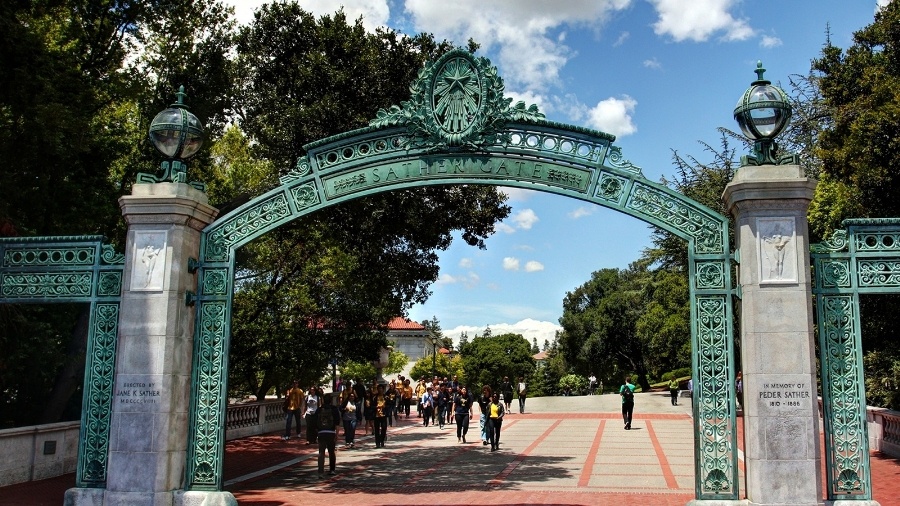 The University of California, Berkeley sparked widespread debate about academic freedom after suspending a DeCal course dedicated to learning Palestine’s past and present “through the lens of settler colonialism.”

DeCal stands for “Democratic Education at Cal”, a tradition at Berkeley where undergraduate students have the opportunity to teach 1 or 2 unit courses to their colleagues. The courses are independently planned which then must be approved by a faculty committee.

In a statement, Paul Hadweh, the student organizer, said:

“I complied with all policies and procedures required for creating the course. The course was vetted and fully supported by the faculty advisor, the department chair, and the Academic Senate’s Committee on Courses of Instruction (COCI).

The university suspended the course without consulting me, the faculty sponsor, the chair of the department, or the Academic Senate’s COCI, which is responsible for approving all UC Berkeley Courses. The university did not contact us to discuss concerns prior to suspending our course.

I first learned that our course was under scrutiny from a report in the Israeli media that describes the involvement of an Israeli government minister in efforts to cancel the course. Two hours later, I received an email from the university notifying us of the suspension.

This course is designed to provide students with the opportunity to critically engage with scholarship that examines Palestine’s past and present through the lens of settler colonialism. In doing so, we hope to explore durable and just political solutions. It’s more about asking questions than providing answers. I think it would be valuable to study this and clearly many of my peers at UC Berkeley do too. Thirty-one students showed up to a class limited to 24. We expanded the limit and 26 enrolled. Now UC Berkeley has censored the class before we could even have one discussion. That’s not the education we signed up for.”

Hatem Bazian, a Middle Eastern and Ethnic Studies lecturer as well as the faculty sponsor of the suspended course, said the class went through standard evaluation procedures and was accepted on multiple occasions before it was suddenly suspended without notice or discussion.

“This was disheartening and insulting and shameful of the university,” said Bazian. “They are essentially throwing the student under the bus and responding to political pressure.”

Bazian said the course was intended to offer a “comparative approach” and that respected scholars have used the “colonialism” lens to study the region.

“The fact that something is controversial does not mean it is anti-Semitic. It does not demean any Jewish person,” he said.

However, 43 Jewish, civil rights and education advocacy groups disagree. A letter was sent from the AMCHA Initiative – an organization dedicated to combating anti-Semitism at institutions of higher education – to Chancellor Nicholas Dirk’s office expressing concern about the course claiming it violated the Regents Policy on Course Content “as an instrument for the advance of partisan interest” and for “political indoctrination.”

Dirks’ office told the groups that the course “did not receive a sufficient degree of scrutiny to ensure that the syllabus met Berkeley’s academic standards.” Furthermore, Carla Hesse, Executive Dean of the College of Letters and Science, agrees and responds with concern towards any course that “appears to offer a forum for political organizing.”

Yet students are outraged declaring their “genuine interest in the academic discussion surrounding Israel and Palestine.” In an open letter to the UC Berkeley administration, students express their rights to academic freedom.

Through ongoing debate from organizations supporting Israel, Boycott Divestment Sanctions (BDS) leaders, Palestinian human rights advocates, faculty, and students, only one thing seems to be clear: Berkeley may be joining the list of U.S. institutions succumbing to pro-Israel and Israeli political agendas in silencing the Palestinian narrative with hopes of erasing their historical identity – a growing trend at U.S. colleges according to Palestine Legal.

However, as long as Israel continues to defy international law in its military occupation of Palestine, the need for public awareness will increase and the fight to uphold academic discussion will remain. In addition, the accusation of  “anti-Semitism” is being used more and more as a method of delegitimizing any criticism of Israel.

It is regretful that an institution as historically liberal as UC Berkeley is staining its reputation by abdicating its role in providing courses that advocate for human rights as well as offer a realistic evaluation of situations where those rights are violated. Instead, in this case, the university is giving into a smear campaign by pro-Israel groups trying to promote a biased political position.

In a major victory to students, professors, and especially to the quick work of Palestine Legal, the Executive Dean of the College of Letters and Science, Carla Hesse, announced in a statement that the course is reinstated. Palestine Legal reported

“University of California Berkeley (Cal) reinstated a student-led course on Palestine this morning following an outcry over its arbitrary suspension last week. The suspension, taken in apparent response to pressure from Israel advocacy groups, was widely condemned — by students, professors, and observers — as a violation of academic freedom, shocking, and unjustifiable.

Palestine Legal sent a letter to Cal Chancellor Dirks Friday, on behalf of Paul Hadweh, the student facilitator, warning that the suspension infringed on First Amendment rights and principles of academic freedom. The letter demanded immediate reinstatement and an apology to the students.”