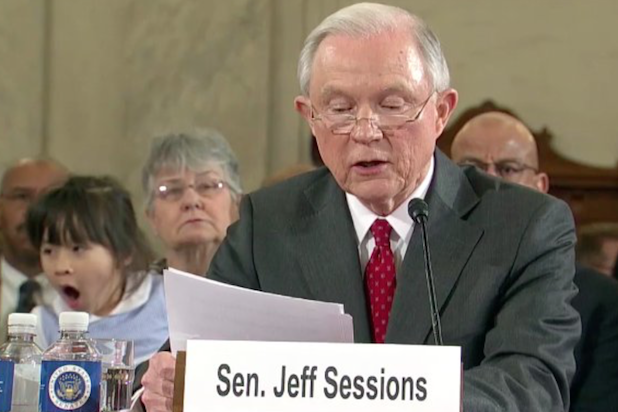 On November 9th, 2016, the seemingly never-ending election finally came to a close. However, it certainly did not end the way most people were expecting. Donald Trump’s victory struck fear and concern into the hearts of many Americans as well as citizens all over the globe. Before his inauguration, Senate Republicans have already scheduled eight confirmation hearings this week, before Trump’s appointees have even had their background checks completed. Hearings for four of the appointees critical to the Trump administration’s War on Terror and immigration policies – John Kelly for the Department of Homeland Secretary (DHS); Jeff Sessions for Attorney General; General Michael Flynn for National Security Advisor; and Secretary of State, Rex Tillerson – start today and tomorrow.

General John Kelly and the Department of Homeland Security

Kelly, a retired US marine, has caused consternation among human rights advocates and immigration rights activists. Kelly became the top general in charge of Guantanamo Bay, the infamous military prison reinstated under the Bush administration as a result of the 9/11 terrorist attacks. The prison is known for indefinite detainment without proper trial or representation and the use of severe torture tactics including sexual abuse and electrocution.

In 2013, the inmates of the prison underwent a hunger strike lasting over 40 days to protest these horrific conditions. Among their complaints was the confiscation of their Qur’ans and other religious items. General Kelly supported the prison, denouncing any claim that the prison is a stain on America’s reputation of being the international moral high ground. As a result of the hunger strike, the prison responded by refusing to speak to the press and refusing to give any information on the state of the prisoners’ well-being.

Many of the men participating in the hunger strike had never actually been charged with a crime. This hunger strike was the only way they felt they could bring attention to their situation of being unjustly held without proper trial. Instead of meeting the demands of basic humane treatment, the prison force-fed inmates. Force feeding is an incredibly painful and humiliating process usually involving restraining the victim. General Kelly oversaw this inhumane treatment and defended it. Kelly not only criticized President Obama for wanting to close the prison, but also requested more money to renovate it.

Kelly has expressed his concern regarding the leniency of America’s borders on multiple occasions. He stressed the importance of a secure border to prevent immigrants from flowing across, saying that a “weak” border is a playground for potential terrorists and criminals. He has supported the idea of a wall to help further prevent undocumented people from passing into the country.

However, Kelly has taken a less extreme approach to other matters. He did not support Trump’s call for a ban on all Muslims entering the United States or use a registration system for Muslims. In the past he had told his troops “respect and even fight for the right of your neighbor to venerate any God he or she damn well pleases.”

General Michael Flynn has arguably been the most controversial pick by Trump. The new National Security Adviser has yet to prove himself worthy of the role given his track record.

Flynn was a well respected and devoted member of the US Army, ranking as a second lieutenant in intelligence. However, Flynn was relieved of his position as the Director of Defense Intelligence Agency. He was notoriously hot headed and described as “abusive” with fellow staff members, being unpredictable and extreme with his actions, working against established policy. Although Flynn has been a lifelong registered Democrat, he is valued heavily by the Republican Party. His stance on abortion has been contradictory. Initially, he supported a woman’s right to choose, and then flipped to being strictly pro-life.

Many of Flynn’s other views strongly reflect the far right. He is anti-Islam and has tweeted his feelings about the religion before. He shared a video that endorsed the idea of ISIS being the embodiment of Islam, and even went so far as to say that fearing Muslims is justified. General Flynn’s views and behaviors lineup in accordance with Trump’s, so it is no mystery how he was chosen for the job. Flynn retweeted the openly anti-semitic, Islamophobic, and far-right Twitter user Jared Wyland on many occasions. Wyland had tweeted at the Council on American-Islamic Relations (CAIR), saying that the organization would soon be labeled as a terrorist group. This causes serious concern with the civil rights community, as the organization exists for the purpose of ensuring equal rights for Muslims in the United States.

Jeff Sessions, Republican Senator of Alabama, was a cheerleader for Trump from the early stages of his candidacy. Sessions shares similar views with Trump regarding immigration, and supports his strict crackdown on undocumented immigrants in the United States. He has also showed a history of trying to prevent lawful immigration as well, fighting against foreign workers coming to the US with a worker’s permit. Sessions also showed public support for the war in Iraq waged as a result of 9/11, a war that most people look back on in history as a monumental foreign policy mistake due to the chaos it caused. Sessions is strongly opposed to legalized gay marriage, and claimed it was “shameful” not to allow a countrywide ban on it.

On Banning Muslims from the US

When the President-Elect mentioned potentially banning Muslims from entering the United States, people from all political parties stood up and condemned this idea. However, Sessions confirmed that while he acknowledged it would be “tricky territory”, it was not something to rule out either.

he said in an interview with the famous far-right media platform, Breitbart. The possibility of discriminating against someone due to their religion is in direct contradiction with the US constitution, and this sort of speech incites Islamophobia.

Another one of Sessions’ more alarming moves as a political figure was his vote against forbidding torture against “enemy combatants.” Sessions felt that the CIA and other highly classified groups should not be held to the same standard as the police officers and other forms of law enforcement. The United States is often hailed as the international moral standard and acts as the world’s policeman, and the idea of accepting torture as a means of interrogation puts the country in a very hypocritical position.

Rex Tillerson, Chief Executive of ExxonMobil and Donald Trump’s current pick for Secretary of State, is one big conflict of interest when it comes to foreign policy. Tillerson has a history of being able to make business transactions in places around the world with troubled US relations. This includes his undermining the US government while striking a deal in Iraq. Trump has already landed himself in hot water with his praise of Vladimir Putin and the recently confirmed interference of Russia in the US election. Now that the oil tycoon has been nominated to serve in the presidential cabinet, it is crucial that his business dealings are closely examined, particularly with Russia.

In 2013, Putin awarded Tillerson the Russian Order of Friendship medal in response to his work in the area. As a result of their good relationship, ExxonMobil was able to search Russian territory for oil. ExxonMobil also has billions of dollars of investment jeopardized by US sanctions on Russia. Tillerson’s nomination has alarmed members of all political parties, noting that his close relationship with Putin will be a constant conflict of interest. The US has a long history of conflict with Russia with the proxy war in Syria as only one current example. Putin backs the regime of Bashar al-Assad, while the US has armed the rebels fighting him.

How does the appointment of Rex Tillerson affect the Trump War on Muslims and Immigrants? Often human rights issues and support for immigration are secondary to the focus on business and security interests in US foreign policy. With Rex Tillerson as Secretary of State, there is no question that his priorities will be based on his history and experience of cultivating countries that are friendly and secure for US business interests. Their human rights record will be irrelevant.

Four Horsemen of the Trump Apocalypse

With Kelly at the head of Homeland Security, it has been a common fear that the militarization of the border security as well as local police forces will be encouraged. With the wave of terrorist attacks in the UK and in many Muslim majority countries, as well as the recent attack in Fort Lauderdale’s airport, it is not far fetched to entertain the possibility of a military-esque police force designed to fight terrorism. With Kelly at the forefront of security matters, the chances of Guantanamo Bay being shut down or even shrunk falls drastically.  His previous comments on religious freedom can bring temporary peace of mind regarding the Muslim registry, but as Trump has added extreme members to his cabinet, there is a possibility his stance could change.

General Flynn has shown obvious distaste for Islam and Muslims, and has expressed his extreme views recklessly via social media, much like his future employer. This gives the argument for a Muslim registry much more weight and is cause for serious concern whether or not Muslims will be allowed in and out of the country. If General Flynn gathers enough support in Congress to declare the Muslim Brotherhood a terrorist organization, Muslim civil rights groups such as CAIR and the Muslim Political Action Group, accused by anti-Muslim organizations for being “Muslim Brotherhood fronts” will be targeted.

With Tillerson spearheading most foreign interactions, the United States and Russia will most likely begin an extremely cozy relationship. Tillerson’s role as Secretary of State will only put US business interests even more at the forefront of US foreign policy with human’s rights being an afterthought.

With these four appointees, domestic and foreign policy will be sharply centered on promoting business interests, supporting torture, and the War on Terror will become a War on Muslims and Immigrants.