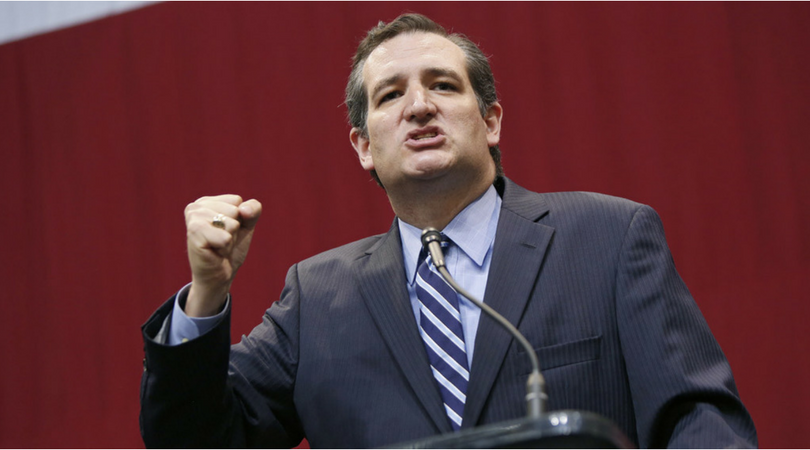 Even before Donald Trump was sworn in as President, both he and the Republican Party have done their best to distance America from Islam and Muslims. Whether by hateful deceptive rhetoric, congressional legislation, or more importantly now, with excessive executive orders, the party continues to wage unwarranted political attacks. While everyone is busy protesting and trying to defeat the Trump administration’s executive order Muslim ban, his administration is hard at work trying to label the Muslim Brotherhood as a “terrorist organization.”

The Muslim Brotherhood was founded in Egypt by Islamic scholar Hassan al-Banna in 1928. It’s stated goal is, “to instill the Qur’an and the Sunnah as the sole reference point ordering the life of the Muslim family, individual, community and state.” The Brotherhood is a religious and social movement that has been politically engaged.

“In its modern incarnation, it has sought to implement Islamic law and governance in several Middle East states through participation in democratic elections.” The Washington Times mentioned, “The Muslim Brotherhood won Egypt’s first democratic elections following the 2011 ouster of strongman Hosni Mubarak but was later ousted in a military coup in 2013 and remains the target of a military crackdown.”

Since then, Egypt has been victimized by violence and assassination with Egypt’s government blaming the Brotherhood. After the overthrow, President Sisi and his allies labeled the Brotherhood a terrorist organization and have been instrumental in urging the United States to do the same.

In late February of 2016, the House Judiciary Committee, along party lines, approved legislation that would designate the Muslim Brotherhood in Egypt a terrorist organization. Such a label would force the Obama Administration from admitting, “Aliens tied to the Muslim Brotherhood” and increase grounds for deporting immigrants associated with the group. It would also subject material supporters of the Muslim Brotherhood to criminal penalties and allow the Secretary of the Treasury to require U.S. financial institutions to block all financial transactions involving the group’s assets.”

In order to get on the list, an organization must meet the United States definition of international terrorism. This must involve, “violent acts or acts dangerous to human life that violate federal or state law; appear to be intended (i) to intimidate or coerce a civilian population; (ii) to influence the policy of a government by intimidation or coercion; or (iii) to affect the conduct of a government by mass destruction, assassination, or kidnapping; and occur primarily outside the territorial jurisdiction of the U.S., or transcend national boundaries in terms of the means by which they are accomplished, the persons they appear intended to intimidate or coerce, or the locale in which their perpetrators operate or seek asylum.”

Senior Fellow at the Brookings Institution, Shadi Hamid said, “The Brotherhood is not, factually speaking, a terrorist group.” He continued, “the fact that some, especially in Congress, would suggest otherwise is evidence of the low quality of our foreign policy discourse.” Hamid also warned that designating the Brotherhood as a terrorist organization, “could endanger both civil liberties and U.S. national security. Branding Islamism as terrorism could give the government greater leeway to invade individual privacy, particularly for Muslims.”

There is a difference between disagreeing with the Muslim Brotherhood’s conservative stances and policies, but it is another to declare it a terrorist organization, when the organization itself has never committed violence and does not promote it. Introducing the Senate Bill in November of 2015, Cruz stated, “The Brotherhood’s stated goal is to wage violent jihad against its enemies, and our legislation is a reality check that the United States is on that list as well.”

These words indicate that Cruz, like many of his Republican colleagues, is unaware of what jihad actually means. It means to struggle, such as to be a good person, to do more for others, to be better than you were yesterday. With Cruz essentially siding with radicals on what jihad stands for, further separates himself, his party, and the American people from the truth.

Recently, in January of 2017, Cruz introduced a bill calling on the State Department to designate the Muslim Brotherhood a foreign terrorist organization. The Bill is called, “The Muslim-Brotherhood Terrorist Designation Act.” In a press release Cruz stated, “the Brotherhood espouses a violent Islamist ideology with a mission of destroying the West. He continued, “Designating them a terror group would enable the U.S. to take action that could stifle the funding they receive to promote their terrorist activities.”

The Huffington Post reports that this is the fifth time members of the House and Senate have been urged on by, “multimillion dollar networks of anti-Muslim groups” to designate the Muslim Brotherhood as a Foreign Terrorist Organization. Some of these anti-Muslim groups include, the Clarion Project, The Middle East Forum, David Horowitz Freedom Center, CTSERF, Jihadwatch, Act! For America, and American Islamic Forum for Democracy. Frank Gaffney from the anti-Muslim Center for Security Policy was reported to be an advisor to the Trump transition team.

In 2001, President George W. Bush, through executive order, gave the State Department and Treasury, “Broad powers to investigate organizations that the government alleges have provided material support to, or are “otherwise associated with,” a designated terror group.” During those investigations, the group’s funds can be frozen and they could be subjected to search and seizure. In 2009, the ACLU reviewed Muslim charities caught in Bush’s executive order. They reported, “(his executive order) effectively allows the government to shut down an organization without notice or hearing and on the basis of classified evidence, and without any judicial review.”

Corey Saylor, Director of the department to monitor and combat Islamophobia at the Council on American-Islamic Relations (CAIR), said of Cruz’s bill, “The bill is about domestic control of Muslims.” Many anti-Islam groups have claimed that CAIR and other pro-Muslim groups are fronts for the brotherhood. In his commentary Saylor said, “CAIR has never received funding from the Brotherhood.” J.M. Berger, a counterterrorism analyst at George Washington University’s Program on Extremism stated, “Let me be extremely clear. This initiative is concerned with controlling American Muslims, not with any issue pertaining to the Muslim Brotherhood in any practical or realistic sense.”

Finally, as of January 29, 2017 the Trump administration is considering listing the Muslim Brotherhood as a terrorist organization. Reuters has reported, “a faction led by Michael Flynn, Trump’s National Security Advisor, wants to add the Brotherhood to the State Department and U.S. Treasury lists of foreign terrorist organizations.” Other advisers including veteran national security, diplomatic and law enforcement officials argue against it, stating the Brotherhood has evolved peacefully and citing concerns that listing the Brotherhood, as terrorists would hurt relations with Turkey.

Since Trump came onto the political scene in 2016, he has spewed rhetoric aimed at supporting conspiracy theorists, propagandists and other fear mongers. On a debate stage, Trump declared that, “Islam hates us.” Texas senator Ted Cruz has asked for “radical jihadists” to be called “Islamic.” While Senator Marco Rubio had previously mentioned there was a “clash of civilizations between the West and radical Islam.”

This Islamophobic rhetoric from the Republican Party is dangerous and self-undermining. Equating Islam to terrorism sets a frightening precedent. People who don’t understand Islam will become fearful and might avoid trying to learn the truth. People who are ‘educated’ by propagandist websites and speakers will become more intolerant, and then when an administration (such as the one we are under now) signs an Executive Order banning people from Muslim-majority countries, people suddenly feel safer, because, as they see it, their fears are legitimatized and spoken for. 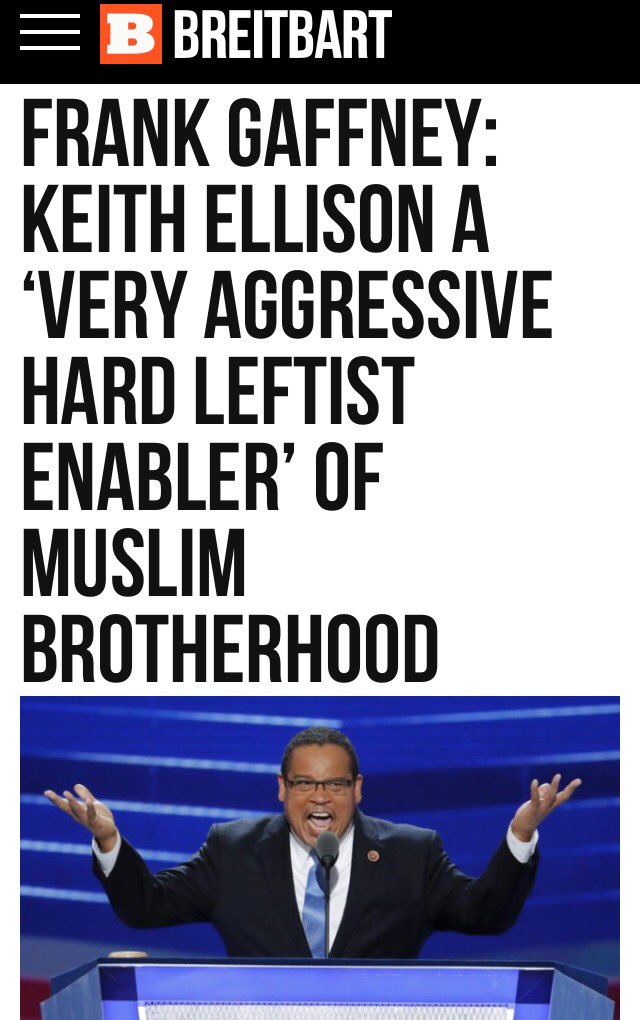 Ultimately, labeling The Muslim Brotherhood a terrorist organization and questioning the intentions and motives of Muslim civil rights advocacy groups is a deliberate attack on Muslims aimed to promote fear, hate, and drastic political measures to remove them from American politics and social life. As Muslims continue to be maligned, the more power the hateful people and politicians hold. If these politicians can convince the unknowing and “uneducated” populace of their agenda, there will be less sympathy and compassion for the plight of Muslims.

An ultimatum in Tahrir Square and the democratic process