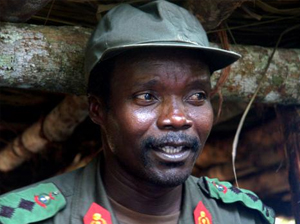 Invisible Children Inc., a non-profit organization, launched the “KONY 2012” campaign by releasing a short documentary online which generated over 80 million views within 2 weeks, spreading primarily by social media and celebrity endorsements. The campaign aims to make Joseph Kony famous in order to capture him via U.S. military intervention. Joseph Kony is the leader of the Lord’s Resistance Army (LRA), a radical Christian rebel group operating in central Africa, which has been terrorizing the region for over 20 years by recruiting children as child soldiers and forcing them to commit atrocious crimes against civilians.

The campaign has received a large volume of attention by the media and generated mass donations for the cause, however it has also been criticized for presenting inaccurate information, questionable financing, oversimplifying of the issue, amongst other things. In all of the reporting, sharing, discussion and criticism of the campaign, a very critical point is being overlooked and needs to be brought to light.

Joseph Kony is a Christian fanatic who believes that he is the Messiah or chosen spiritual medium sent by God and has a mission to cleanse his people, take control and implement laws based on the Biblical 10 commandments. This is the sole purpose and twisted ideology that is driving the actions of Kony and the LRA.

Ilsha from LoonWatch.com writes that “Kony attempts to justify his crimes in the name of Christianity, which is clearly a reflection of his own madness rather than a divinely inspired religion”. However, the way that this story is being reported in the mainstream news media begs the question; how would the media report this if Joseph Kony was a Muslim and was motivated by misinterpreted Islamic teachings?

Judging by the patterns in which mainstream news reports stories, it would seem that any similar crime committed by a Muslim would be categorized as terrorism and is somehow related to Islamic teachings. However, if a similar crime was committed by any non-Muslim, not only would it not be called terrorism, but the motive would also be undervalued, as is the case with KONY 2012.

We can see this disparity in reporting in various news stories, most notoriously with Osama bin Laden, the former leader of Al Qaeda, who used Islam to justify his cause. The media spent countless amounts of time scrutinizing verses from the Quran and linking them towards Al Qaeda. With KONY 2012, however, not one single mainstream news media outlet analyzed or criticized the radical Christian view which motivates the LRA.

The way in which KONY 2012 is being reported illustrates a clear bias and double standard in reporting. This is not to say that Christianity should be criticized but instead points to the hypocrisy in reporting on issues such as this. The crimes that Kony and the LRA have committed are acts of terror and should be called such. However, instead of labeling such acts as terror, the terms terrorism, Islam, and Muslims seem to have become synonymous due to fear mongering and unfair reporting. This bias is highlighted in all of the following instances:

• In the 1995 Oklahoma City bombing of the federal building by 2 Anglo-American males, Timothy McVeigh and Terry Nichols, the mainstream media initially reported Muslims as suspects.

• In 2011, a Norwegian man named Anders Brevic, bombed government buildings in Oslo, Norway and then carried out a mass shooting at a youth camp; the mainstream media also initially accused Muslims of this tragedy.

• In 2010, Joseph Andrew Stack crashed a plane into the IRS building in Austin, Texas in retaliation for the IRS depleting his savings. The mainstream media initially reported this story as a possible terrorist attack and then later reported the incident as a criminal activity rather than an act of terrorism.

It is interesting to note that although these are all acts of terror, none of these individuals were ever characterized by there religion, race or ethnicity.

The method of reporting that is used by the mainstream news media further illustrates that an organized campaign which continues to promote Islamophobia and fear mongering. If Kony was a Muslim whose actions were inspired by Islamic teachings, Islam would be the main focus of criticism.

In all of the recent hype over the KONY 2012 campaign, the mainstream news media has failed to highlight Joseph Kony and the LRA’s religious affiliation. Instead of becoming anti-Christian, labeling all Christians as terrorists, and starting anti-Christian websites, we all understand and are educated enough to know that Joseph Kony and the LRA do not represent Christianity even though they claim that their actions are in the name of the religion. So why is Islam liable for the actions of just a few Muslims when there are over 1.5 billion and growing?

A centuries-old Jihad: Women of the Abrahamic faith traditions strive for justice and fight sexism in religion

You can’t possibly deny the existence of Islamophobia, Mr. Schanzer