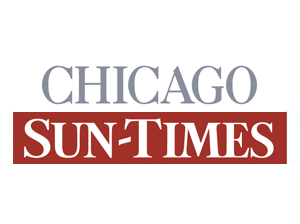 The Dec. 27th opinion piece, “Palestinian state would expel Jews,” by Steve Huntley, dismisses key facts and resorts to illogical arguments. Huntley argues that the formation of a Palestinian state would lead to the expulsion of the Jewish residents in the West Bank. Not only does Huntley attempt to support this claim by citing two unofficial representatives of the Palestinian Liberation Organization (PLO), but he disregards the fact that these Jewish settlements are deemed illegal by international law because they are on Palestinian land.

He uses emotionally charged phrases like the “ethnic cleansing” of Jews in connection with religious terminology and inaccurate historical information to support his extreme political views. For example, he cites the 1948 Arab-Israeli War as a justification for why the Jews were and are going to be “expelled” from their land in the future. However, he fails to mention that not only were there more Palestinians expelled during this war (over 700,000 to be exact), but that even more Jewish immigrants came to settle in the newly formed state of Israel.

The Sun-Times has the responsibility of stopping such illogical bias. As a writer and a journalist, Huntley should check his facts before going off on pure conjecture.