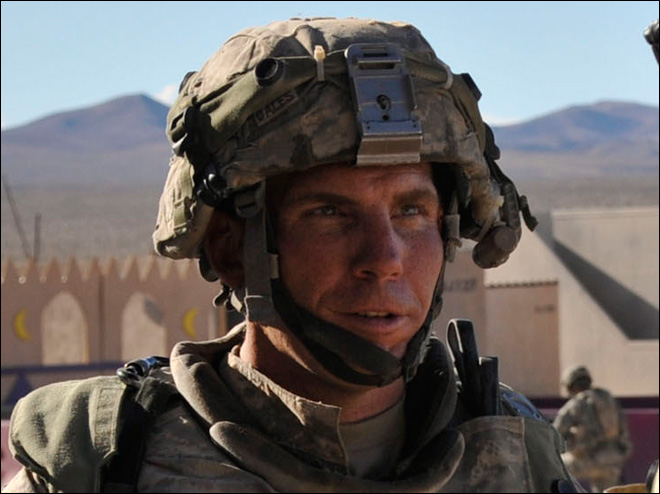 On March 11, 2012, 17 civilian lives were lost in three homes in three different locations in Panjwai district – the villages of Alkozai and Najeeban and another settlement known locally as “Ibrahim Khan Houses.” When reports first came out that this mass murder was a result of a rogue U.S. soldier, Staff Sergeant Robert Bales- everyone wanted to find out why he had done this. However, due to mass media’s apologetic portrayal of Bales, people began to wonder: what lead him to do this?

The answers were everything from “Bales was in serious financial trouble” to “he was depressed/ had Post-Traumatic Stress Disorder/head injury from Iraq deployment” and lastly, “he never said anything antagonistic about Muslims. He’s in general very mild-mannered,”  according to Bales’ attorney John Henry Browne. Perhaps the most telling was when a high-ranking U.S. official told the New York Times: “When it all comes out, it will be a combination of stress, alcohol, and domestic issues- he just snapped.”

According to Glenn Greenwald, in his article on salon.com, the media did indeed make many excuses for Bales including those listed above as well as Bales “being drunk” and “having seen his friend’s leg blown off” the day before. To contrast this array of excuses the media has handed to Bales and his lawyer, Greenwald writes: “Here’s a summary of the Western media discussion of what motivates Muslims to kill Americans: they are primitive, fanatically religious, hateful terrorists.”

These words may seem forward and brutal, but a look back at the case of Major Nidal Hasan, who was accused of the 2009 Ft. Hood shootings which killed 13 can show the immediate connections to “radical Islam” which the media had made. For example, it was found that Hasan had emailed U.S. born cleric Anwar al-Awlaki, who was killed in a U.S. drone strike in Yemen late last Semtember. Al-Awlaki’s murder itself was called into question by civil rights groups due to the fact that he was never formally accused or tried for his alleged connections to Al-Qaeda as a recruiter. Even as the 20 emails the two men exchanged were confirmed, U.S. officials now confirm Hasan sent as many as 20 e-mails to Awlaki. Authorities intercepted the e-mails but later deemed them innocent or protected by the first amendment. Later in the same article, The Washington Post reported that Hasan gave a PowerPoint presentation to fellow Army doctors in 2007 in which he said, “It’s getting harder and harder for Muslims in the service to morally justify being in a military that seems constantly engaged against fellow Muslims.”

How this alleged PowerPoint presentation has any connection to any sort of “radical” or “extremist” thought or behavior should be questioned by journalists and the public alike. It is not surprising that the army psychiatrist who happens to be Muslim would face such moral dilemmas. To question Staff Sargeant Robert Bales’ religious beliefs, where he attends religious services (or doesn’t), and to look into his private emails would likely be out of the question or at least never made public.

Bales’ wife as interviewed multiple times by various media sources, Kathy Bales stated many times,”he loved kids..” when asked if she thinks he is responsible for the death of 9 children.  In addition to stating that she does not believe he was involved in the killings despite the fact that Bales turned himself in,  Mrs. Bales also stated that he showed no signs of Post-Traumatic Stress Disorder (PTSD) before his deployment to Afghanistan. Kathy Bales is not a registered doctor, nurse, or mental health professional, and it is not surprising that she would defend her own husband, the father of her children. The media’s over-emphasis on her sad story of financial problems and lonely life as a military wife has pulled at the heartstrings of many Americans, but avoids the real problem at hand.

The question of whether or not Bales was suffering from PTSD is indeed a valid one, as many U.S. servicemen and women suffer from PTSD at alarming rates. However, as I pointed out in another article on the four U.S. marines who urinated on the corpses of Afghan civilians, stress-related disorders are not the sole reason for such behavior by U.S. soldiers.

Veteran and member of Iraq Veterans Against the War, Vince Emanuele, said the footage [of the four marines], while clearly disrespectful, is not surprising given the United States’ history with the Middle East.

“To be concise, the act of urination itself was indeed disgraceful, and simply beyond the scope of apology,” he said. “However, when put into the larger context of the United States’ history of Imperial domination, such disgraceful acts should come as no surprise.”

When asked to comment on the Khandahar Massacre, Emanuele had similar sentiments. He noted that such murders by soldiers are committed too often, in Iraq and Afghanistan. Emanuele also spoke on the fact that the occupation and American presence in Afghanistan should be the real concern, not necessarily whether or not Bales was drunk or acted alone.

In terms of the legal battle Bales is facing, the prosecution is not even allowed to speak to the defendant directly. According to CBS news, General Sher Mohammed Karimi is the chief Afghan investigator in the Bales case, but says he’s never been allowed to even speak with the accused. Perhaps the only piece of evidence the public has seen which is visual and not hearsay is this video which shows the victims who have survived and their families, describing in detail the massacre as it occurred. Many point to the evidence which suggests there was more than one gunman. However, few media outlets have picked up on the story and have ran it. In addition to the prosecution’s difficulties in pursuing the case, Bale’s attorney John Henry Browne said, “There is no ‘CSI’ information. There’s no DNA that I know of. There’s no ballistics that I know of.”

How can the families affected by this massacre get justice without a proper investigation? If Bales is not to blame, if he was indeed depressed, suffering from PTSD and other mental health issues, is the military to blame for re-deploying him or not seeing the warning signs? After all, the military cited some warning signs in Major Nidal Hasan’s “extremist” views prior to his arrest in the 2009 shootings at Ft Hood.

Media portrayal of the Khandahar Massacre has been extremely bias and apologetic in nature. For the public to know the truth about what happened during the shooting rampage which occurred on March 11, 2012 they must be shown the facts- and news media has a responsibility to collect those facts and represent them in the most objective way they can. When it comes to media representation of those accused of mass murders- there should be no room for excuses.