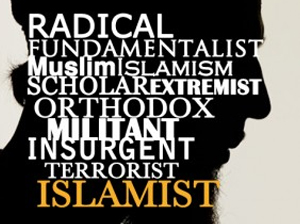 The word “Islamist” is used constantly when reporting news about Muslims all over the world; usually in contexts that demonize Islam and Muslims. Reporters misleadingly use the term out of accurate context and use it to describe anyone from political parties to faith-based civil rights organizations to average American citizens. Rather than becoming more informed of what’s happening in the Muslim world, readers are left even more confused and one of the most misunderstood and inaccurately portrayed regions in the world becomes even more vilified, and even more mysterious.

So, what is an Islamist exactly?

The term “Islamism” was coined in 18th century France. It was used to refer to all Muslims in general, just like the term Christianism was used to refer to the practice of Christianity. Later in the 19th century, scholars began to use the word “Islamism” as the study of Islam and “Islamist” for Orthodox Muslims. Muslim leaders resented the word “Islamism” because it suggested Muslims worship Mohammed, which is not the case. By the 20th century, the word Islam began to replace Islamism and Islamist in scholarly text.

The term “fundamentalist” was first used by Protestant Christians when they thought their doctrine was threatened by philosophy. They used the word to assert their belief in the bible and creationism. But when Iran’s revolution took place in 1979 and it became the first “Islamic Republic,” Western journalists began using the phrase “Islamic fundamentalists,” because they needed an easy way to describe the individuals associated with the revolution. The term “Islamic fundamentalist” stuck to describe anyone from that region; blurring the distinction between radical fringe groups, political movements, and the average Muslim population.

Now “Islamic fudamentalist” has become interchangeable with “Islamist”, and both are used  often in mainstream news coverage associated with the September 11th, 2001 attacks, the Taliban, Al-Qaeda, Iraq, Afganistan, Pakistan, and even the ongoing democratic revolutions in the Arab world.

In particular, we see this loaded term in numerous stories on international politics. For example, The SF Gate’s article, “Liberals balk at Islamist Influence in Parliament,” explains that the new Constitution of Egypt is in danger because, “Islamists are trying to dominate the process.” It does not explain who the Islamists are in this situation or what they want; it only says they are a threat to democracy. This is a common theme that is seen in mainstream usage of the term; shrouding “Islamists” in a mysteriousness in which all we know is that they are anti-Western and anti-democratic. By using the word “Islamist”, the Associated Press is associating Muslims with anti-democratic values

Another example in a CNN article which describes the Muslim Brotherhood is described as “the oldest and largest Islamist movement in the world,” They emerged in the 1920’s in order to end British colonial power over Egypt and their most recent victory was in the Egyptian elections in which they embraced democracy and a stronger relationship with the United States. Yet the Muslim Brotherhood, and Egypt’s new president Mr. Morsi, are described as “Islamists”, which again is a term associated with anti-western,  anti-democratic, and radical ideologies.

The irony, however, is that Mr. Morsi received his PhD in engineering from the University of Southern California, he was an Assistant Professor at California State University, Northridge, and has also expressed his acceptance of the Coptic Church and various other religious groups and believes they are all “equal in rights.” Morsi’s acceptance and support for democratic values cannot be any more clear.

Another organization, The Council on American-Islamic Relations (CAIR), an American Muslim civil rights organization in the United States, is also described as “Islamist” in the media. For example, Boston.com author, Jeff Jacoby, accused CAIR of being radical group that defends “Islamists” by defaming those who warn about Muslim terrorism. Describing CAIR as “Islamist” only creates misconceptions because of how the term has been twisted in its meaning. In reality, CAIR is a non-profit advocacy organization that defends American Muslims’ civil rights.

In the Huffington Post, author Ida Lichter, uses the term “Islamist” numerous times throughout her post, “Women in the Muslim World Need Genuine Reform.” She groups the Muslim Brotherhood’s Freedom and Justice Party, the Tuareg, and Boko Haram into this category. She explained that these groups are oppressing women, but by using the term “Islamist” she is diminishing the distinctions between them. The Muslim Brotherhood’s Freedom and Justice Party is a democratic party in Egypt. The Taureg is a nomadic group of North Africa, and Boko Haram is a terrorist group. It is completely unreliable, inconsistent, and inaccurate to describe them all as “Islamist”. By grouping them under the umbrella term of “Islamist”, she is suggesting that they all believe in the same ideas and have similar approaches.

Aside from the more obvious lumping of different groups beneath the label “Islamist,” the term is used in another problematic way when describing different sects and scholars of Islam. Just as other faiths have numerous denominations with different beliefs and values, Islam is laced with many branches of theological schools of thought and interpretations.

Additionally, the term is also limiting because it creates false attribution. Non-Muslim groups, politicians, and individuals who may adhere to a particular faith do not have their religion ever put into question or discussion. They  are described in contexts that are generally not situation with their religious beliefs, and not as the “Mormonist” Mitt Romney or the “Christianist” Rick Santorum. Such attribution reduces complex, diverse, and nuanced groups of people to a simplistic category that produces no real identity whatsoever and generalizes their beliefs and values which may or may not have any influence over their political stances.

Muslims, American and otherwise, become an ambiguous shadow and are unfairly stripped from any characterization that speaks truth to their reality. As one of the most scapegoated groups of people in the U.S., it is definitely time to distinguish who’s who. If journalists can describe certain non-Muslim groups while making a clear distinction between their religion and politics, then the same can certainly be done for Muslims.

A passion for change: An interview with Noor Tagouri