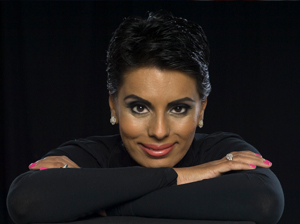 In “The Evolution of an Anti-Islamist Muslim”, a Huffington Post opinion piece, Qanta A. Ahmed highlights her coming to terms with an Islam that was alien to the one she knew and loved – that of the “fascist”, combatant, and extremist Islam that many Muslim Americans have also come to vehemently reject in the post 9/11 world. Though she merits applause in her denouncement of Islamist ideologues around the world, Ahmed goes as far as to pinpoint and specify the goal with which these militant groups operate – one that is literally too close for comfort: “Their goal is to promote a unified sense of disadvantage and debasement of Muslim Americans.” She urges Muslim Americans to come together in denouncing and resisting these Islamist forces, but dually undermines those who do so but choose also to acknowledge and fight the presence of Islamophobic forces in American society.

Her analysis of Muslim American identity is overgeneralized and does not give way to a diverse representation of the many different perspectives of Muslim American communities. Firstly, she governs under the assumption that the entire Muslim American population has submitted itself to a wave of victimhood and that any action taken by said population to overcome its plight is undermined if its discourse involves claims of Islamophobia. Collaboration and cooperation with groups such as the NYPD, who have been under fire for post 9/11 surveillance efforts according to Ahmed, are the only viable options for the patriotic Muslim American.

Many people would disagree with the conspiratorial-like claim that overseas terrorist groups aim solely to bully Muslim Americans– a terrorist group wants to demonstrate its political aims without regard for the livelihood of any civilian that comes its way. Ahmed further rejects a sense of disadvantage and debasement on the basis that Muslims represent an incredibly financially mobile minority group. She emphasizes the importance of financial mobility while undermining each American’s right to a socially and politically mobile existence. It is Ahmed’s “position of privilege and opportunity,” she writes, that prompts her to oppose Islamist law-fare and highlight her patriotic spirit. She continues, saying, “In failing American society, I fail as a Muslim,” without considering the plight of those Muslims who feel they have been wrongly profiled or persecuted and thus failed by American society for being Muslim.

Ahmed writes, “I learned unlike my own experience, many Muslims struggled with a pervasive sense of inferiority influencing all their beliefs, sense of justice and identities leading to deep and rather novel resentments.” Civil rights organizations that advocate on the behalf of Muslims do not seek to counteract a perceived sense of inferiority, but rather to perpetuate the desire to be perceived as equal to any other citizen in the name of the law.

In her attempts to blatantly reject a collective sense of victimhood among the Muslim American population, Ahmed goes as far as to say that we must combat this supposedly foreign and Islamist-manufactured phenomena by insisting that “Muslims must remember their duty not only to themselves or their Maker but also to their society wherever they find themselves.” On Wednesday, seven New Jersey Muslims filed a federal lawsuit urging the New York Police Department to end its post-9/11 surveillance of mosques and Islamic community centers. Ahmed expresses her disdain towards those who oppose such efforts: “We cannot tear these institutions (which the public likes to forget are made of individuals) in this fashion. That is the height of ingratitude and ignorance.”

In fact, much of Ahmed’s writing centers around her urging American Muslims to cooperate and collaborate in efforts such as surveillance. In a piece in the Christian Science Monitor early last year, she wrote, “attacks of “Islamophobia” and “McCarthyism” threaten to suffocate this vital discourse,” adamant that the defense of one’s own honor and dignity, through the use of avenues constitutionally granted to us is equivalent to a “woe is me” sob story. Taking the argument even further, Ahmed cites the Qur’an as support for considering, engaging in, and accepting measures that abridge American citizens’ civil liberties: “Chapter 4, verse 59 of the Quran reads: ‘Verily, Allah commands you to give over the trusts to those entitled to them, and that, when you judge between men, you judge with justice.’”

A very obvious, non-sequitorial hypocrisy exists in Ahmed’s narrative as an anti-Islamist Muslim: many Muslim Americans do condemn the vicious atrocities committed against Muslims and non-Muslims alike in the greater international arena. But, many of these courageous individuals do not wish to compromise their identity as Americans, who are privileged enough to be promised freedoms of their own.

If it is every Muslim’s duty to obey those in power, which is the crux of Ahmed’s basis for agreeing with NYPD surveillance measures and discarding cries of Islamophobia, then those who succumb to the power of Islamist ideologues are merely fulfilling their duty as Muslims, as well.