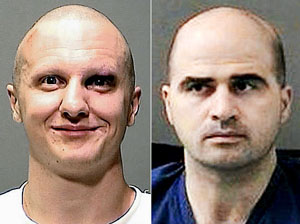 Tom Krattenmaker, a member of USA Today’s Board of Contributers and a writer on religion and the public sphere recently wrote an opinion piece titled “Use ‘terrorist’ label carefully and consistently”. Krattenmaker begins his piece by highlighting an important disparity between two recent events that received a fair amount of media attention: in the first, he details Nidal Hasan’s shooting spree at Fort Hood, where 13 were killed and 30 wounded. In the second, he recalls the death of six people including a U.S. District Judge and the injury of Congresswoman Gabrielle Giffords, among others, at the hands of Jared Loughner.

Nidal Hasan is a Palestinian Muslim, while Jared Loughner is a White, non-Muslim male. This difference, Krattenmaker claims, is the reason for the drastically different media portrayals of the two men. While Hassan was deemed a terrorist – “the mother of all damning labels in this post-9/11 age”- the incident involving Loughner was not widely portrayed as an act of terrorism. Linguistics professor George Lakoff has said, “The physical violence was not only in New York and Washington. Physical changes—violent ones—have been made to the brains of all Americans.” What begins as a seemingly genuine effort to urge readers to question word choice falls flat for a number of reasons – ambiguity, over-generalization, and falling for the very trap we are told to avoid.

After citing an excellent new research paper by Lewis & Clark Law School professor Tung Yin titled “Were Timothy McVeigh and the Unabomber the Only White Terrorists?: Race, Religion, and the Perception of Terrorism”, Krattenmaker highlights notable historically different representations of acts of terror in the pre and post 9/11 eras. Though it is thoroughly demonstrated that race and religion do indeed significantly contribute to the perception of terrorism, Krattenmaker does not heed a precise or sincere enough call to action: “As many have argued (present company included), subjecting all American Muslims to terrorism-related stereotypes and suspicions is unfair and unwise.” Krattenmaker does not state how many or on what grounds American Muslims should indeed be subject to terrorism-related stereotypes or suspicions. This ambiguity leaves room for vastly different interpretations and does not assure readers that despite the prevalence of terrorist-related media portrayals of Islam and Muslims, most present-day terrorists are not Muslim and conversely most Muslims are not terrorists.

In direct contrast, in a piece previously written by Krattenmaker featured on his personal website, he writes, “And, to state the sadly obvious, nearly all the terrorism in the nine years since [9/11] has been committed under the banner of Islam (a grossly distorted version of it, more precisely).” As Krattenmaker alludes to what he considers the “sadly obvious”, he illustrates the toll that strengthened cognitive biases that relate Islam and terrorism have, and raises the question about whether or not what we consider reality is founded in truth or social construction. By justifying the partial existence of these stereotypes and suspicions, we provide them with a place to stay – a sort of mental sustenance, underestimating the lengths at which we must go to reverse what occurs when they overstay their welcome.

While the crux of Krattenmaker’s article focuses on the need to treat representations of Muslims in the media with more fairness, he contradicts himself when he says, “Those who defend American Muslims are tempted at times to obscure the religious and terrorist angles when Muslims do perpetrate violence…” Many Muslim organizations do not necessarily wish that the religious element of acts of terror be undermined or removed from the mainstream media agenda. They do, however, call for more balance in portrayals of these acts, especially if similar acts are being committed by non-Muslims. When Krattenmaker attributes these calls to action as a desire to “protect Muslims from reprisals”, he makes it seem as though Muslims are inherently predisposed to commit acts of terror. And in wishing to “protect” Muslims, he implies their victimization.

Lastly, Krattenmaker ends his piece with a statement contradictory enough for readers to wish he had never written the piece in the first place: “If the religion dimension helps identify a suspect, and if the t-word helps law enforcement and the public understand the nature of an act of mass violence, its use is justified. If the label fits, apply it. But fairly, please.” Throughout most of Krattenmaker’s article, he makes a heartfelt attempt to condemn profiling based on religion and unbalanced media portrayals of similarly horrific acts of terror committed by Americans of different faiths. But, to say that one’s faith should help identify a suspect only encourages racial profiling and without an accurate definition of terrorism given in the article, readers are left where they began.

Krattenmaker’s approach regarding word choice begs the question of whether or not subtle nuances such as these are in fact more dangerous than outrageous and bigoted accusations that are much simpler for the masses to blatantly disregard.