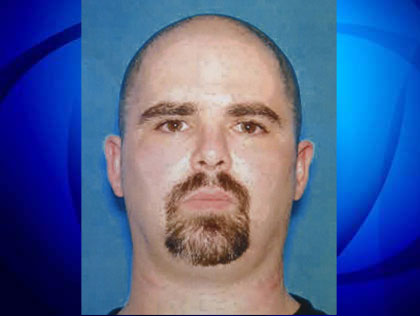 Recently, Fox News ran a piece with the headline “Did mental illness fuel Wisconsin massacre-or was it terrorism?” Read the headline again. You might find the unspoken implication: the conscious decision to commit terrorism, to kill and maim innocent people, has to be the act of a sane man. Not meaning to kill people but doing it anyway makes one insane. A strange conclusion, isn’t it?

This is one example of the bizarre reasoning that we use when it comes to acts of terrorism committed by non-Muslims in this country. There is a clear mental schema for what a terrorist looks like in America today (which is largely shaped by media institutions); and when someone who looks different commits an act of terrorism, it is jarring for us to deal with. Rarely has this been clearer than in the case of Michael Page, the shooter in the horrific tragedy at the Sikh temple in Wisconsin. Were Page a Muslim who spent his life associating with extremists before walking into a church or synagogue with his gun, he would have been labeled a terrorist instantly. It would be accepted without question by most that he would have had all of his mental facilities functioning. But as it is, he was a white man with Nazi connections walking into a Sikh temple, so we are treated to stories about how he was such a sweet child and must have been mentally ill.

Right-wing terrorism is just as much of a threat to this country as Islamic terror, yet most view it as a fraction of the threat, the lessons of the horrendous 1995 Oklahoma City attack apparently already forgotten. Our security services have done an admirable job when it comes to stopping Islamic terror plots in the United States since 9/11. But Islamic terrorists don’t have the market on terrorism cornered. “There is a problem when you get overly concerned with one particular threat and take your eyes off others — that is a natural tendency and it is impossible to keep focused on every possibility,” said Hagai M Siegal, a terrorism expert and professor at New York University in London.

In 13 of the 17 years since Oklahoma City, the majority of terrorist attacks in this nation have been the responsibility of right-wing, not Islamic, terrorists. Last year, the Southern Poverty Law Center (SPLC) recorded the active presence of 1,018 hate groups and 1,608 anti-government militia and patriot groups. That’s nearly a doubling of hate groups since 2000 and a staggering 755% growth rate in militia groups in the last three years alone.

Granted, most militia groups stick to spouting off words and preparing for the day the UN army comes to take their guns, but increasing numbers aren’t waiting around anymore. A plot foiled to kill judges in Alaska, four men arrested attempting to manufacture ricin in Georgia, two police officers murdered in Arkansas by so-called “sovereign citizens”: only a fraction of these people may be turning violent, but the explosive growth rate of these groups means that fraction is steadily growing larger every year.

Consider the “hatecore” music that Page was such a fan of. The hate music scene in America was hardly operating in the shadows, having become a multimillion dollar industry with over one hundred active bands spewing a variety of angry and fascist sentiments on internet radio stations and music festivals across the country. “The importance of music in growing the worldwide skinhead movement cannot be overstated,” concluded the SPLC, which suspects that many hate groups are nearly entirely funded by their record labels.

Isn’t it interesting that this has barely drawn comment from anybody outside of the SPLC? If there was a thriving Muslim hate metal scene in America financing Muslim extremist groups that sold albums full of lyrics about the joy of killing infidels, wouldn’t it be getting a fair amount of attention? Yet the existence of the hatecore is greeted by America with a collective shrug, at best.

To the credit of the national security apparatus, the more general threat did not go entirely unnoticed. The FBI worried about the threat from disgruntled right-wingers for years, culminating in a joint effort between the FBI and Department of Homeland Security in 2009 that warned “white supremacist lone wolves pose the most significant domestic terrorist threat because of their low profile and autonomy.” The report called attention to the possible effect that the election of an African-American president and the economic downturn would have on extremists already saturated with racism and xenophobia. Particular mention was made of the threat of disillusioned veterans with lethal skills returning from Iraq and Afghanistan.

The report, meant to be for internal use only, was leaked to the media and immediately lambasted as a “hit job” by the Obama administration that sought to tarnish the conservative movement. Public outcry led to the report being pulled from the DHS website, although it was never formally rescinded, a move that would have required it being found to be factually inaccurate. As it turned out, the report was prepared not by a bleeding-heart liberal but by Daryl Johnson, a registered Republican and Mormon who notes that he was at a Boy Scout fundraiser when he first heard that his report had been leaked. The uproar had barely died down when an abortion doctor and security guard at the National Holocaust Museum were killed by the exact sort of extremists that the report warned about.

That was not enough to vindicate Johnson. He resigned from the agency a year later after his unit was gutted and reduced to a single analyst to monitor all non-Islamic domestic terror threats to the country. This means that one man or woman was singlehandedly supposed to keep tabs on militias, patriot groups, neo-Nazis, skinheads, anarchists, eco-terrorists and animal rights extremists. Johnson bitterly recounted that since he left the agency, there has not been a single report put out by the DHS on domestic terror of a non-Islamic variety.

A symbol of the denial of the problem existing in some official circles, Representative Peter King, chairman of the House Committee on Homeland Security, has found plenty of time to hold hearings about radicalization of American Muslims, yet apparently had no room in his schedule to take a look at the threat of non-Muslim extremists. It’s easy to figure out why, because he once stated that “There is no equivalency of threat between al Qaeda and neo-Nazis, environmental extremists or other isolated madmen.” Perhaps he’s never heard about Oklahoma City or Norway, where such “isolated madmen” killed 168 and 77, respectively, though they would seem to be incidents that the chairman of a committee devoted to homeland security should be aware of.

Why might Rep. King, and other like him, think there is no equivalency in the threat? Though it is rather difficult to determine what exactly goes on in Rep. King’s head, it likely has to do with weapons of mass destruction. The collective nightmare of Americans since September 11 is al-Qaeda succeeding in detonating a nuclear weapon in an American city. Doesn’t the threat of that outweigh that posed by some whack jobs killing police officers and building fertilizer bombs?

The facts, however, tell a different story. There have been five separate incidences of Americans who have no connection to Islam trying to acquire or using nuclear, chemical, or biological attacks since September 11: one was by an anarchist, one by militia members, two by white supremacists, and one where the motive is still unclear (the case of Bruce Ivins, perpetrator of the anthrax mail attacks). With the exception of the anthrax attacks, where the culprit was entirely unknown (but often assumed to be Muslim) none received any serious media coverage. Neo-Nazi James Cummings, for example, was well on his way to constructing a radiological “dirty bomb” that he planned to release in Washington D.C, yet he never received more than a fraction of the attention given to incompetent and amateurish plot of Jose Padilla, a Muslim. Cummings had actually acquired radioactive material, a step which Padilla never reached. As Steve Coll wrote in The New Yorker, “all of the most frightening cases—involving chemical, biological, and radiological materials—arose from right-wing extremists or anarchists. None arose from Islamist militancy.”

The New America Foundation officially concluded, “The record of the past decade suggests that if a chemical, biological or radiological attack were to take place in the United States, it is more likely that it would come not from an Islamist terrorist but from a right-wing extremist or anarchist.” Yet the DHS apparently had 25 analysts devoted to Islamic terrorism and one devoted to all other forms of domestic terrorism. Islamic terrorists may very well pose a threat equal to right-wing extremists, or even a greater one. It is difficult to argue that they are twenty-five times the threat.

That skewed ratio reveals the ultimate Orwellian truth in all of this: in the United States, all terrorists get equal attention, but some get more equal attention than others. It is impossible to know at this point whether or not Michael Page could have been stopped before he entered the temple that fateful day, but what can be said with some certainty that the longer we ignore the other half of the terrorist threat in our midst, the greater the cost will be, and that cost will come in American lives.