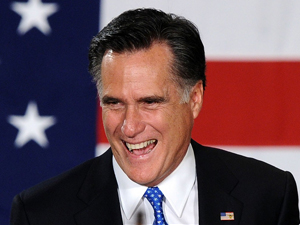 Likely presidential Republican nominee Mitt Romney has thankfully returned back to the United States after traveling overseas, visiting the United Kingdom, Israel, and Poland, where he naively hoped to show both the United States and the world at large that he is ready for the presidential stage and international diplomacy. A (seemingly) harmless trip turned into a nightmare for this likely Republican nominee as he managed to fill his short visit with a plethora of gaffes that made even his conservative supporters cringe (this is greatly concerning to conservatives; remember the last Republican in office?)

First on his world trip: the United Kingdom or, as Romney so ignorantly put it, “England.”

If that was not enough, the Governor began his international trip in London, where a campaign adviser showed a large lack of racial sensitivity when making mention of our special Anglo-Saxon bond, stating, “The White House didn’t fully appreciate the shared history we have.” Campaign advisers are a reflection of those they represent, making this situation troubling for many as it is not only imbecilic but also chauvinistic, neither of which are characteristics this nation wants reflected on a possible presidential candidate by his own advisers.
Fortunately, he shook things up before leaving by announcing to the world that London was unprepared for the Olympic Games. In an interview with NBC, Romney committed another gaffe by claiming there were “disconcerting” signs. Needless to say, his statements were not taken kindly, leaving London only after being mocked by various political figures, including London mayor Boris Johnson, and not before gaining a new nickname: say hello to “Mitt the Twit.” Rather than strengthening United States’ relations with other countries, Romney managed to single-handedly insult London during the largest international event meant to unify countries across the globe. As Suzi Parker wrote in an article for The Washington Post, “Rule number one of visiting a foreign country: Don’t insult it.” Unfortunately for Romney, he succeeded in doing nothing but that.

Let us for a moment give him the benefit of the doubt, shall we. Perhaps Romney was simply unfortunate enough to have something tipped into his drink before speaking, leading him to say things he normally would not. Or perhaps he spoke without thinking. Or perhaps…not.

Lucky for him, he had an upcoming trip to Israel, a friendly host (and hub for donors) he was anxious to meet. Romney knows shoring up his unwavering support for America’s “staunch, democratic ally” is a must if he wants to be sitting in the Oval Office come January. After all, President Obama and every president before him have unconditionally supported Israel, even when support to Israel runs counter to U.S. interests (as Stephen Walt, Harvard professor of international affairs, and John Mearsheimer, political science professor at the University of Chicago, make exceedingly clear in The Israel Lobby and US Foreign Policy) and violates fundamental international human rights (a daily occurrence, continuing since the late 1940s). So, surely, Romney was prepared to rebound in Israel, right?

Let us first begin with one of the leading topics of discussion here at home: health care. Romney claimed to have admiration for the success of the Israeli health care system. One problem: the Israelis have a system of socialized healthcare that even Democrats couldn’t dream of. This left many puzzled for he seemed to be praising a system of healthcare that owes much of its success to strong government control – the same quality Romney condemns in President Obama’s health care law.

He then applauds the economic situation in Israel, claiming Israeli GDP (per capita) to be more than twice that of the Palestinians:

He wasn’t exactly ‘wrong’; however, ‘way off’ might be more appropriate. The GDP (per capita) in Israel is roughly $27,000. The Palestinians’ GDP? About $1,300. This makes the Israeli GDP nearly 20 times that of the Palestinians. Perhaps the calculator in our brains work better than Romney’s? Or perhaps we did our research, and he did not? Who knows.

Romney’s previous mistake was not too terrible. Surely, he did the math too quickly or maybe he simply misspoke. But Romney went a step too far when attributing the strength of the Israeli economy to the strength of the Israeli culture. So, the weakness of the Palestinian economy is a direct consequence of…an inferior Palestinian culture? His illative racism is yet another example of failure by his campaign.

It has been the occupation of Palestine, especially since the 1967 War, that has left the Palestinians incapable of fulfilling their economic potential. Checkpoints restrict travel to work and schools, continuing home demolitions uproot families and farmland for new all-Israeli settlements, restrictions on materials entering the area lessen manufacturing capabilities, Israeli soldier presence psychologically harm the populace (especially children), diversion of water resources leave families with an inadequate supply, the dominating structure of the Apartheid Wall towers over Palestinians, Israel detains Palestinians indefinitely without charge (men, women, and children, often incommunicado), and insufficient access to health care impairs the lives of many.

These are only the sufferings of the citizens living in Palestine, not counting the refugees suffering elsewhere in the region. The Palestinian people are suffering beyond what words can describe. Gov. Romney, however, is incapable of understanding the effects that an occupation has on a country’s people and its economy. So no, it is not the inferiority of the Palestinian culture; it’s the occupation.

Miraculously, Romney’s mistakes didn’t end there. Now he is treading into much deeper waters. Not only has he (like every president before him, including Obama) committed himself wholeheartedly to a state that has completely ignored UN resolutions condemning their inhumane actions, but he has gone a step further: he has labeled Jerusalem the capital of Israel. This is a critical mistake that will make a two-state solution, the purported goal of the United States, even more unlikely.

The implications of such a move are seemingly unbeknownst to Romney. This would permit Israel to side-step UNSC Resolution 252, which disallows Israeli control of East Jerusalem. The result would be a combination of Israeli control of the most disputed city, Israeli land-grabbing in the form of settlement expansion, and Israeli rejection of the rights of Palestinian refugees – a situation that is absolutely incapable of producing a resolution and that is generously supported by United States tax dollars.

But implications are far more widespread: all other Middle Eastern countries (their citizens, not necessarily their leaders) have demanded a just resolution for Palestine. The United States’ failure to take an even-handed approach in the conflict, starting with our Presidents’ unwavering support for the aforementioned counterintuitive policies, will continue to result in the hatred and animus towards America by the people of the region. Many continue to ignore the fact that Osama Bin Laden pointed to the plight of the Palestinians as a cause for fighting America.

Then we are left with two possibilities: Romney is genuinely ignorant of the implications of his statement and/or he believes his victory this November is far more valuable than justice. Obama, to this day, has valued his Presidency over justice, but he has not (yet?) made a mistake this horrendously stupid. If Romney’s decision-making is this poor, he cannot be trusted with such power. Israel’s capital should be Tel Aviv and Palestine’s capital should be Ramallah; by taking a side, Americans further strain their chance to be an honest broker.

Romney made one last stop before returning home: Poland.

Keeping Romney’s previous blunders in mind, Americans waited and watched wondering what he would do next in Poland. Sure enough, Romney and his staff gave Americans another thing to talk about. Romney was leaving the Tomb of the Unknown Soldier when reporters began shouting questions at the Governor about his latest gaffes in Israel. Rick Gorka, Romney’s traveling press secretary, responded with harsh, unprofessional words, telling reporters, “Kiss my…” and “Shove it.” Gorka later apologized, but the harm had already been done.

As with his campaign adviser in London, we begin to wonder about those whom Romney chooses to have aid him in his bid for presidency for they are a representation of this nation. We wonder about his ability, or lack thereof, in making the right decisions as president should he win the presidential election this Fall. Is he capable of making the right choices?

It should be very disconcerting to Americans that a potential Commander in Chief and his staff have displayed multiple signs of ignorance in all three places they visited. A few blunders are seemingly inevitable, but can we trust someone whose mishaps are reoccurring? When do these verbal blunders – most, the result of ignorance – turn into decision-making blunders? We’ll let his own actions, and those of whom he chooses to surround him, answer.