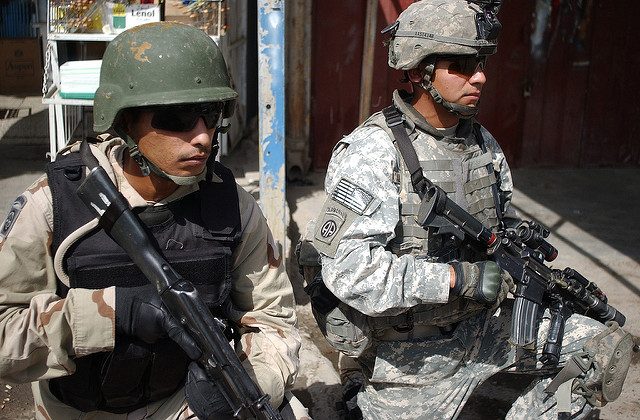 I would like to start off by stating that there is no excuse and no justification for violence against innocent civilians. I am not here to act as an apologist for violence or criminal behavior of any sort whatsoever. This is an attempt to gain understanding of the supposedly inexplicable and largely violent reaction from so many Muslim countries in response to a badly made film on the internet.

The American Muslim community condemns the killing of Ambassador Christopher Stevens and his staff and expresses condolences to their families. Though they may claim it, those who participated in this crime are not true followers of Prophet Muhammad (peace be upon him), who taught forgiveness and mercy and lived his life as an example of these lessons. The only purpose of the film, “Innocence of Muslims”, was to incite hatred and violence. Unfortunately, this is exactly the reaction rioters in Libya, Egypt, Sudan, Tunisia, and Yemen gave as a response to the film, although many countries such as Pakistan, Indonesia, and Afghanistan reacted with largely non-violent protests. Critics argue that the film in question is so terribly made that it should not even have seen the light of day, much less have caused such violence and tragedy. But could the film have been the only reason that so many Muslim countries felt enraged, protested and burned American flags? Or is the underlying answer a little more complicated, and is the truth a little murkier, as it always is?

Why weren’t there such far-reaching riots when Norway published cartoons portraying Prophet Muhammad as a terrorist? Or why aren’t the French embassies in the Middle East being attacked right now as a French magazine has published naked cartoons of the Prophet? Shouldn’t the creators of such disrespectful cartoons have faced the same outrage that the creator of “Innocence of Muslims” faced?

The truth is that much of the so-called “Muslim world” sees, specifically, the US government’s international interests and interventionist foreign policy as counter to the safety and well-being of its people. It sees drone attacks, which are supposed to target extremists as opposed to civilians, but rarely do, in Pakistan, Yemen, and Afghanistan. It sees the unconditional and unquestionable support the American government gives to Israel in the form of military and financial aid even when Israel commits war crimes and human rights violations against Palestinians. It sees President Obama’s claim that Guantanamo Bay Prison will be shut down and the prisoners – many of whom are kept there without many constitutional rights or any hope of trial – will be released as ignored. It tries to make sense of the decades of baffling support for dictators in countries such as Saudi Arabia, Iran, Uzbekistan, Jordan, and horror of horrors, Libya and Egypt – the two countries which saw the worst protests as a response to the film. It sees the wars in Iraq and Afghanistan, which resulted in hundreds of thousands of dead Iraqi and Afghan civilians who suffered unspeakable brutality, the destruction of their economy, infrastructure, and national psyche, and the installation of uncertain and shaky governments. Then, as a final straw, they see “Innocence of Muslims”, a trashy, low-budget and downright spiteful attempt at mocking their revered religious figure, their faith and their way of life.

It is not so difficult to believe, then, that countries around the world with Muslim majorities would confuse and conflate this film’s contemptuous message as a partner in crime to the aggressive military action and intervention the American government has utilized as part of its foreign policy. The above-mentioned countries, albeit wrongly, see the US government’s support of anti-Islamic rhetoric as predictable as they have already witnessed said government adopting questionable practices and policies in regards to the “Muslim world”. This is not to promote the rioters’ burning of public property, attacking civilians, or damaging their own infrastructure or to accept this violent response as practical. It is to attempt to understand the history of Middle Eastern-American relations which extends beyond “Innocence of Muslims”, as the film was only a nudge which caused the deck of cards to crumble.