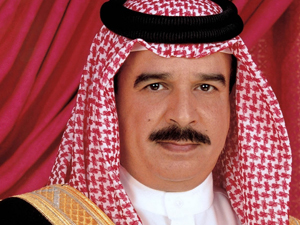 The specter of sectarianism grips the Persian Gulf and greater Middle East — just recently Iraq “awoke” to a spate of brutal attacks all across the country. The truth is, Iraqis have been awake in a nightmare of violence and struggle for decades, a nightmare that that the rest of the region has also been experiencing to various degrees.

Just down the coastline of the Gulf, the ghosts of sectarianism eye Bahrain, where plans to construct an ambitious Catholic Church have been met with stiff opposition. For those who believed that sectarianism was limited to intra-Muslim conflicts, they were rudely awakened.

After construction plans of the Church were announced, more than 70 clerics signed a petition addressed to Bahrain’s king “saying it was forbidden to build churches in the Arabian Peninsula, the birthplace of Islam,” according to the Associated Press (AP).

This is odd considering that the Quran formally recognizes Jews and Christians as “people of the book,” and the Prophet Muhammad as continuing the same message as the holy Jewish and Christian prophets before him.

According to the AP article,

“The uproar reflects the widening influence and confidence of hardline Sunni groups, who have been a key support for the monarchy as it faces a wave of protests led by Shiites demanding greater political rights. Shiites account for about 70 percent of Bahrain’s population of just over half a million people, but claim they face widespread discrimination and lack opportunities granted to the Sunni minority. The monarchy has also has relied heavily on help from ultraconservative Saudi Arabia, which last year sent troops to help crush protests.”

In response to the popular uprisings of the Arab Awakening, various governments throughout the region resorted to calling upon cynical religious affiliation to ward off completely legitimate demands and grievances against governments which did not fulfill their duties towards their constituents.

Bahrain is a glaring example of such blatant misuse of religious affiliation to hold firmly onto a power structure based on systematic discrimination of the majority Shiite population, and now as it seems, against anyone not to the liking of certain intolerant figures.

These forces, alongside the Bahraini government went on to destroy a reported 28 mosques and religious centers used by Shias. For a country with a such a small population, this is tantamount to what one resident called a “war against identity,” according to Al Jazeera.

A top Shia cleric, Ayatollah Sheikh Isa Qassim, has contextualized these developments to also come out against the construction of the Church, “questioning why the government should donate land for a Christian site when Shiite mosques have been destroyed as part of the crackdown,” according to the previously cited AP article.

This is a potential missed opportunity given the shared assault the Shias, and now, Christians are beginning to feel. However, the motivations behind building this Church on donated monarchical land is suspect to Ayatollah Qassim who may view the move by King Hamad Al Khalifa as a defense against outside accusations of religious persecution while very real discrimination is happening against the population.

Regardless, Islam teaches for complete religious tolerance for Christians and if domestic constituents have demands for religious centers, there is no Islamic edict against such a thing. The Bahraini government has a complete responsibility to both Muslims and Christians in this regard.

Instead, by staking its defenses on being a shield against the specter of Shiism, the Bahraini government is now firmly entrenched and sensitive to backward religious discrimination, to a base of people it has scared into believing that disenfranchised citizens demanding completely logical and peaceful equality should be hated.

The way out is not through religious discrimination, but rather through ruling justly as the example of Prophet Muhammad provides, who lived peacefully with “people of the book,” (along with of course his fellow Muslims) and who built mosques, not destroyed them.

Perhaps it would be best for Bahrain’s clergy to rebuke King Al Khalifa with the lines of Ferdowsi, Persia’s master poet the next time the King approaches them (translation Dick Davis):

“It is not in my habit to shed blood / and besides it would be unworthy of my faith for me to do evil in this way.

You summon me, but to no purpose / I serve God, not kings”.

Mohammad Sagha is a graduate student in the Center for Middle Eastern Studies at the University of Chicago.