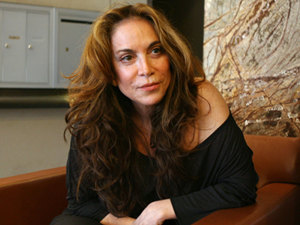 In her article I’m offending ‘savages’? guilty as charged Pamela Geller discusses the release of her anti-Jihad ads that appear in New York, San Francisco, and Washington D.C. The ad reads “In any war between civilized man and the savage, support the civilized man. Support Israel. Defeat Jihad.”

Pamela Geller previously worked as a publisher for the New York Daily News and the New York Observer, she is the editor of her own blog Atlas Shrugs, executive director of the American Freedom Defense Initiative, and the co-founder of the group Stop the Islamization of America. Geller is very vocal in her position against Islam and was an advocate against having a mosque and community center built in New York City blocks away from the site of the World Trade Center.

According to Geller, the anti-Jihad ads posted are a response to “several anti-Israel ads that have been running in the New York City subway system for years.” The ads Geller is referring to simply state a U.N. documented fact: “4.7 million Palestinians are classified by the U.N as Refugees.” The ad has pictures of the map of Palestine-Israel from 1946 to 2010. The “anti-Israel” ads that Geller mentions in her interview with CNN with Erin Burnett should not in any way shape or form be offensive to Jewish people or Israel. The ad simply states a well proven fact about the misplacement of Palestinians throughout the years.

On the other hand Pamela Geller is trying to offend Muslims by using words and phrases such as “savages” and “defeat jihad.” Geller in her ads is making claims that the U.S should support as she calls it “the civilized man”, but ignores that fact that for the majority of the twentieth century the U.S has supported oppressive regimes and dictators in the Middle East such as Saddam Hussein of Iraq and Hosni Mubarak of Egypt.

In her ads, Geller is demonizing an entire religion by referring to them as savages. The fact that she does not specify who she is referencing in her ads makes them offensive. It is not clear if Geller is referencing Palestinians in particular or Muslims as a people – and it is this vagueness that makes the ad offensive to not only Arabs and Muslims, but also various communities who have been called “savages” by colonial oppressors, including Native- and African Americans.

Geller claims that “The war on Israel is a war on innocent civilians.” Again, in expressing her views Geller fails to provide her audience background information on the roots of the conflict between the Palestinians and the Israelis. Geller never mentions the 1917 Balfour Declaration in which the British promised the Jews a homeland in Palestine for their assistance in World War I. This was a land already occupied by a people. There were millions of Palestinians in the region before the Jews came to Palestine. Israelis cannot be blamed for moving into Palestine for the fact that the land was promised to them and were expecting Britain to uphold their end of the deal, but it is vital to recognize that Palestinians too have a right to their land. Many people who are violently forced out of their homes would in fact act out in anger. In fact, it wasn’t until the violence escalated that the United Nations stepped in to try to have peaceful negotiation.

Geller also mentions several occasions of violent attacks such as the “Munich Olympic massacre, the torture of Edud Goldwasser, and the tens of thousands of rockets fired from Gaza into southern Israel.” These acts of violence and are in no way justified but it is very important to note that Muslims have not been the only side that have committed acts of violence. For example Geller fails to mention instances such as the 1982 Israeli attack on Lebanon that was responsible for the deaths of up to 2,000 civilians, the Sabra and Shatila massacre that was orchestrated by Israel’s military led by Ariel Sharon, and Operation Cast Lead in 2008-2009, which was classified by the U.N as “one of the most violent episodes in the recent history of the Palestinian territory.”

The goal here is not to single-out Israel, but to note that the Palestinian-Israeli conflict is one between two groups and not just a one-sided Palestinian attack on Israel. What is neglected from the mainstream news media, and more specifically from Geller, is that Arab countries such as Saudi Arabia and Egypt are countries with a majority Muslim population who have supported Israel. Again Geller never clarifies who she is attacking in her ads, and for that reason any person reading the ad may well believe that Geller is referring to Muslims as a whole.

Geller, in her article, makes it out to seem that the Israel is the victim of the conflict. There is no mention anywhere in her article on Israel’s violation of Palestinian’s human rights and the Fourth Geneva Convention that “outlaws collective punishment and the resettlement by an occupying power of its own civilians on territory under its military control,” and the construction of the apartheid wall that was built between Israel and the West Bank that the International Court of Justice deemed illegal. These acts are all results of the conflict and weather a person agrees with the actions is up to them, but to label Israel as the victim and for Geller to leave out crucial facts is skewing information in the way that she is being racist in her ads towards Muslims, and only one side of the conflict is being told.

Finally, the last paragraph of Geller’s article has no relevance to not only the ad, but also regarding Israel. Geller brings up instances such as the World Trade Center bombing in 1993, the USS Cole bombing, the 7/7 bombings in London, and several other terrorist attacks. This section of Geller’s article is just a way for her to try to have the reader sympathize with her in order for them to agree with her racist claims. Terrorism on the USS Cole took place in Yemen; the bombers of the 1993 World Trade Center bombing were all from different countries such as Egypt, Iraq, Jordan, and Palestine, and none of the 7/7 bombers were born in the Middle East. What all these attacks had in common is that the terrorist groups or organizations that these people belonged to did not claim a certain country, and all had a misinterpreted view of Islam – one that is not parallel to the overwhelming majority of Muslims.

Attributing the crimes of a few to the overwhelming majority simply skews the facts. We wouldn’t associate Timothy McVeigh or Anders Breivik‘s actions with all Christians, nor would we claim that Israeli settler terrorism as representative of all Jews. So why does Geller make these unsubstantiated claims about Muslims? What’s even more troubling is that Anders Breivik cites Pamela Geller and her cohorts in his manifesto as inspirations for the horrific actions that would take place in Norway in the summer of 2011.

To further illustrate the fallacy in her argument, Geller states that “if any violence ensues, it is the responsibility of the one who commits it”; suggesting that the majority of Muslims (1.5 billion people) are responsible for the criminal actions of a few. The fact that Pamela Geller is linking the two together should be viewed (at the very least) as offensive – with her use of vague terminology and illogical and unsubstantiated claims in her ads and in her writing. The Palestinian and Israeli conflict is a world conflict that is important to understand. It is important to view both sides of the conflict, and not just the Israeli view. Geller’s failure to single out who she is referring into in her use of the word “savages” implies that all Muslims are “savages.” Geller relies on slippery slope arguments that seem to be rooted in her own misconceived ideological view of Muslims.