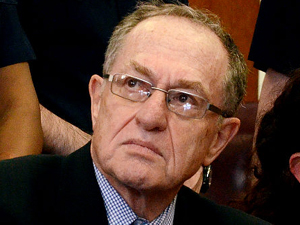 I read your recent article regarding the recent flare up between Israel and Hamas. The tone, language, and overall argument are not only misplaced, but lack contextualization. Therefore, either you purposefully and willfully ignored history, or you just don’t know it. You stated that “In order to maximize their own civilian casualties, and thereby earn the sympathy of the international community and media, Hamas leaders deliberately fire their rockets from densely populated civilian areas.”

Let’s privy ourselves to the facts as they exist on earth and not concoct a picture with misleading facts.

I understand that you want to create a benevolent image of Israel’s policy in Gaza, but the only image that fits within the frame of reality is not benevolence, but malevolence.

Let me provide you with one example to illustrate my point: Israel targeted Ahmad Al-Jabari (a former subcontractor for Israel by the way) while he was in a moving car. With its sophisticated weapons, the IDF (Israeli Defense Force) was able to precisely target that movable object. Palestinians claim that civilians also died during that attack, but Israel can rightly argue that it did not target civilians. However, the IDF subsequently bombs a family of ten in one home, an immovable object, and then claims it was a mistake.

The juxtaposition of these two examples illustrate the IDF’s indiscriminate bombing of a densely populated besieged ghetto. You of course will disagree by emphasizing fabricated and misleading ratios to illustrate the notion that Israel goes to great lengths to avoid civilian casualties, but you can only preach that to your choir.

This illustration is innocuous compared to other targets the IDF has bombed, including refugee camps, a media center, and hospital (I’m only referring to this recent flare up). These can hardly constitute “terror sites,” as the IDF claims? (rhetorical question). So with that said, I will amend your statement so that it reflects reality and not your fantasy: “In order to maximize Gazan civilian casualties, and thereby punish and humiliate an already besieged ghetto, the IDF deliberately fire their sophisticated weaponry on densely populated civilian areas.”

Your whole piece misses the major reason we have this conflict, that is, the occupation itself.

No one, and I mean no one, can engage in any civil debate about the topic without emphasizing the root of the conflict. Now I know you will mention the same canard that the only reason there is no peace between Israel and Palestine is because the Palestinians want to see the eradication of Israel more than they want to see their own state. Again, you can preach that to your uninformed and mislead choir, but don’t preach that here. Israel was able to make peace with Egypt and Jordan without requiring either to recognize Israel as the nation-state of the Jewish people.

The sole barrier to peace is Israel’s unwillingness to recognize its crime of 1948. As you know, but you will probably deny, the Palestinian people were ethnically cleansed by a ruthless group of people who envisioned a Jewish state in the land of Palestine. Some of those people were very intelligent, including David Ben Gurion, Menachem Begin, Yitshak Shamir, and Moshe Dayan, but they were also very ruthless.

I don’t want to belabor the point because there’s extensive scholarship on the topic that you will most likely dismiss as false because your arguments will not have the slightest colorable claim without your Orwellian interpretation of historical events.

Since the occupation is the problem, you cannot rightfully blame Hamas for the current conflict. Hamas was created in 1987, but the ruthless ethnic cleansing operation which resulted in the dispossession of Palestinians began in 1947. There’s a period of 40 years in between with no Hamas presence, and no peace.

You have to learn to distinguish between the root of a problem and its byproduct. Hamas is a byproduct of Israel’s occupation of Palestine. No amount of rhetoric can undercut that reality. That is not to say Hamas is holier than thou, because it’s not. The Palestinians surely have a grievance against Hamas, but Israel, the very entity whose policies paved the way for the creation of Hamas, has no legitimate claim against it.

The self-defense argument has no merit with respect to Israel. You’re a criminal law professor and recognized as one of the top appellate criminal defenders. So you know better than I how the argument of self-defense works. Israel can act in self-defense only when 1) it is threatened with unlawful force, (2) it is not the aggressor, (3) the danger of harm is imminent, and (4) the use of force is necessary. All four must be established for a claim of self-defense to carry some validity.

Let’s go through each one.

Is Israel threatened with unlawful force? I assume Kassem rockets flying into Israel is unlawful in and of itself, but in the context of a brutal occupation and siege, I highly doubt it.

Now here is where Israel totally fails. To have a proper claim of self-defense, Israel must not be the aggressor and the use of force must be necessary. Is Israel the aggressor? Well, it depends (lawyerly reply) on whether you believe in the extensive and extant history on the topic, or you believe in Israeli propaganda and the time-frame in which you assess the conflict. You can either assess the conflict at its inception, that is, at the point of occupation, or at the time Hamas came into parliamentary office in 2006. Assessing the question employing the former time-frame is not fair, because there is no debate on it. The debate in Israel is a factual one, not a normative/moral issue. No entity that is considered the occupier can win a claim of self-defense. But even employing the latter time-frame, Israel’s argument for self-defense is still weak.

As soon as Hamas won democratic elections in 2006, Israel and Fatah, backed by the United States, prepared to overthrow the democratically elected government. Israel was not successful. Mind you, this was before any “rockets” were launched into Israel. A blockade was subsequently instituted on Gaza and from that point Gaza was under siege. Does that sound like an aggressor? I think so.

I understand the counter-argument. An aggressor’s role can shift to that of victim only if the aggressor’s aggression is overcome. So the question is: have the Palestinians overcome Israel’s aggression and/or occupation? The answer is quite obvious. Regarding whether Israel’s use of force is necessary is laughable to say the least. When there is a viable alternative to violence, while still achieving the same objective, it must be utilized.

The purported objective of Israel is “peace.” If that is the case, it can easily be achieved through non-violent means. Simply put, Israel’s non-violent alternative is ending the siege and occupation, allow the Palestinians to achieve self-determination, and allow Jews and Palestinians to live in harmony and human equals.

Since Israel refuses the non-violent alternative, it is blameworthy for any reaction against it.

I don’t mean to sound condescending by injecting common sense in my response, but judging from your work, I felt it necessary. There is nothing Hamas can do to negate Israel’s war crimes. The world knows it and sees it. Look around Professor Dershowitz, the whole world is supporting the cause of Palestine. The whole world is protesting against Israel’s actions. The whole world is on the side of justice and freedom, which is why Israel and the United States are isolated.

Israel may be a recognized state, but it is the cause of Palestine that is worldly recognized. This is not a fight between co-equals, whether militarily or otherwise. This is a fight between colonizers/colonized, occupiers/occupied, dispossessors/dispossessed, army/no army. Palestinians and Jews deserve to live in peace and harmony, without supremacist and colonialist ideologies dictating their lives. The cause of justice and freedom will soon prevail and only then can we coexist as brothers and sisters.

The Language of Twitter: Netanyahu Speaks to His Own Citizens