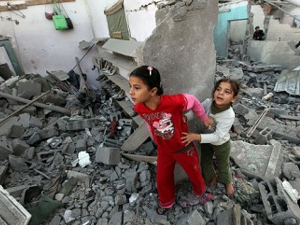 The Guardian published five articles in the last few days that humanize Gazans in a way I hadn’t expected to see from a premier and globally-recognized news agency.

The paper is already known for its liberal leanings and for its relatively nuanced coverage of Palestine-Israel. But to see this kind of quality reportage and commentar is refreshing.Perhaps it is part of a greater trend in which television broadcasting seems to move closer to a hardline pro-Israel stance while print journalism inches away. And perhaps The Guardian’s humanizing coverage helped counter the Israeli military’s gamification of its Gaza assault.There will hopefully come a time when Palestinians won’t have to feel so surprised to find favorable, common-sense, or even objective coverage of their struggles. Until then, here is “The Guardian Five”.Note: The articles are not ranked or ordered in any way. Also, this is not to say that they are totally and entirely perfect.

‘The arrogance of power’