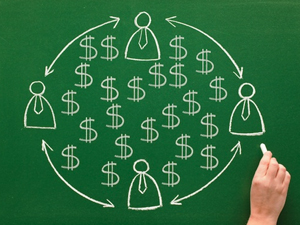 When is the news media going to take responsibility for the information they convey? The news media have a lot of power. They are the most utilized source for information. Many Americans rely on the media to keep them informed on important and relevant information, but often the media fails to do this and instead feeds the viewers unimportant information with the purpose of obtaining viewership and profit.

For example, recently Terry Jones, a racist pastor from Florida, protested Muslims bullying non-Muslim students outside of a high school in Dearborn Michigan. Terry Jones is inaccurate in his accusations, but that’s not the point. The point is that the media covered this event like it was a presidential appearance.

Nobody in the town cared about Jones’ event: Barely anyone showed up to join Jones and neither did many show up to counter him. The counter protestors and media outnumbered Jones and his 12 supporters.  Furthermore, Terry Jones doesn’t even have a decent church congregation that follows his extremely racists views; pointing further to his insignificance.

So why did the media decide to publicize this event? Maybe because they thought they might make money by conveying this controversial, anti-Muslim event since there is a large Muslim population in Dearborn. Maybe they figured they would get a large viewership and earn profit when the media essentially gave a platform to hate and bringing attention to someone who doesn’t deserve it.

This is just one example of the many ways the media puts money before important, meaningful information. There are many cases where there is something positive and significant going on in the world but the media won’t cover it because it’s not going to attract viewers.

Take, for example, the NATO protests in Chicago this past May. I attended this protest and it was a very uplifting, positive movement for change but what the media focused at was the small number of people in the crowd who acted violently. Many of the headlines covering the NATO protests portrayed it as violent and meaningless.

On the news they interviewed protesters displaying them as mindless who people who either don’t know what they’re protesting or who were protesting for irrelevant reasons. A woman who was a veteran-protester warned me to have a prepared statement for the media and to not go off talking about anything else because they would take your words out of context and cut and edit it to make you look stupid.

She shared her experience and told me of a protester who was asked by media personnel, “Why do you like Starbucks coffee?”, and they used his response on air and made as if he was answering the question, “Why are you protesting today?” Needless to say it made him look foolish and that his feelings were a representation of all the protesters.

But what the media didn’t cover was the positive, organized, meaningful parts of the protest. They didn’t show the solidarity amongst the attendees who were singing together for peace and equality. They didn’t publicize the 40 plus Iraq and Afghanistan War veterans of our military who returned their medals of honor as a symbol of their disapproval of military tactics and motives. They didn’t explain to the viewers the many reasons thousands of people gathered from near and far to protest. All they presented to viewers was a discredited portrayal of the protesters.

So how did the news media attract viewers by framing the NATO protests as violent? Well, simply because the media makes profits from violence because it’s what gets viewers attention. People like violence and this is seen in the popularity of professional fighting shows like WWE and UFC and the amount of violence in popular movies. The media portrayed the NATO protest as mostly violent, because they knew people would be attracted to violent news and would therefore make money. Granted they might have also had political reasons for discrediting the protest, but a key motivation in the skewed coverage of the movement was probably profit.

This is not to say that there aren’t any news media organizations that are driven by the goal to inform the public, rather than profit. There are some noble news organizations who relay relevant information and kudos to them, but my argument is that the most viewed and most popular networks whom majority of people use as their source of information don’t and the few that do only shine.

Relevant, meaningful news is not what some people want because it may be boring, but it is what the people need. Sure the news media may not be filling their pockets with money or may risk not having many people watching their shows but it’s for the betterment of society. Hiding relevant information from people can lead to their destruction. Filling people’s minds with irrelevant information will take their attention away from what’s important and further impede their progress. It’s up to the viewers and everyday people to either pressure our major news media networks to broadcast meaningful news or stop supporting them by not being one of their mindless viewers.