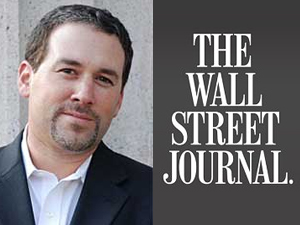 According to Jonathan Schanzer, in his review of Nathan Lean’s book, The Islamophobia Industry:  How the Right Manufactures Fear of Muslims, “Islamophobia is simply a pejorative neologism designed to warn people away from criticizing any aspect of Islam.”

This is absolutely incorrect.  Islamophobia has nothing to do with deterring people from criticizing Islam.  Instead, it describes the irrational fear of Muslims and other minorities; it is the belief that Muslims, as the other, are the clear enemies to Western traditions and ways of life.

The Center for American Progress tells us that Islamophobia is “an exaggerated fear, hatred, and hostility toward Islam and Muslims that is perpetuated by negative stereotypes resulting in bias, discrimination, and the marginalization and exclusion of Muslims from America’s social, political, and civic life.”

And while Schanzer was busy trying to dismiss the fact that Islamophobia is in any way related to racism, he also went to great lengths to portray Islamophobia as a political fabrication that has been promoted by outside  “Islamist terror groups” like Hamas.

In other words, in his hurry to deny that Islamophobia exists and is something that American Muslims and other minorities are without a doubt suffering from in real terms, he disgracefully supplants blame on foreign political groups rather than a network of very well-connected,  homegrown Islamophobes.

How convenient, I should say, to just put blame on the scary “Muslim” foreign enemy and call it a day.  After all, that doesn’t perpetuate the stereotype that political “Islamist” groups are trying to take over our lives or anything.  Anyway, how can these foreign groups control a phenomenon so widespread here at home, a phenomenon that the American Muslim community is having to deal with daily?

Further to the point, in a response to Schanzer, Lean says this:  “there exists within this country an active and well-funded cottage industry of anti-Muslim fear mongers.  Schanzer does not critique that uncontestable point; he does not deny the money lines, the relationships, nor does he reject my contention that Islamophobia is largely a fixture of the political right.”

In addition, The Center for American Progress, tells us that from 2001 to 2009, a total of seven charitable organizations provided $42.6 million to Islamophobia think tanks to spread their racist ideologies.

It is not surprising, then, to find out that Schanzer was employed by  the very Islamophobia industry that Lean mentions:  he worked as a researcher for Daniel Pipes at the Middle East Forum.  Schanzer, in his book review, conveniently leaves out this fact about his professional ties and collaborative works with Mr. Pipes.

Also, Schanzer conveniently tells us that the American Muslim community would be the one to suffer the blow from the term Islamophobia being in use, since it conflates the religion of Islam with “Islamism.”

But what he fails to tell us (and likely intentionally, as he is a product of the Islamophobia industry himself) is that if this term was done away with, then racism towards American Muslims and all Muslims for that matter would be ok under the guise that such bias and racism doesn’t exist.

After all, when you start to talk about “nasty neologisms,” Mr. Schanzer, then maybe you should talk about everyday neologisms that are not clearly defined, and that are in widespread use in our mainstream media (“Islamist,”  “jihadist,” “Islamic terrorism,” and the list goes on) –neologisms that can easily be confused with the religion of Islam.  But isn’t that the goal of the Islamophobia industry in the first place?  To distort meaning and conflate violence with the religion of Islam?

And if anything can be more telling of the power and devastating effect of Islamophobia, it is the many hate crimes that have been surfacing against Muslims and other minorities as of recently.

One of the biggest acts of terrorism committed in the name of saving Europe from “Muslimization,” was by the White Norwegian, Anders Breivik.  Breivik shot and killed 68 innocent people in Norway to fight the alleged “‘ongoing Islamic Colonization of Europe.’”  In his 1,500-page manifesto, Breivik cited many of the key figures who are a part of the American Islamophobia network as a justification for mass murder.

The Center for American Progress tells us, “Breivik’s manifesto contains numerous footnotes and in-text citations to American bloggers and pundits, quoting them as experts on Islam’s ‘war against the west’…While these bloggers and pundits were not responsible for Breivik’s deadly attacks, their writings on Islam and multiculturalism appear to have helped create a world view, held by this lone Norwegian gunman, that sees Islam as at war with the West and the West needing to be defended,”

And not to mention the mass shooting at a Sikh temple in Oak Creek, Wisconsin, in August killing seven people.

“The gunman couldn’t distinguish between Sikhs and Muslims, and so, frightened just the same by the presence of brown-skinned Americans with foreign names and beards, killed seven people,” says Lean.

And even more recently, in December, an Indian immigrant in New York was pushed off the subway train tracks in front of an oncoming train by a woman who admitted to pushing him off because she “hate[d] Hindus and Muslims ever since 2001 when they put down the twin towers.”   “I’ve been beating them up,” she says.

And so, I might ask, what have all these innocent people done to deserve death?  Stereotyped by the color of their skin and the religion they practiced, they were everyday people, everyday Americans who were made to look like icons of violence and hate by the Islamophobia industry.