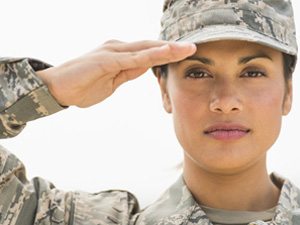 On Thursday, January 24th Defense Secretary Leon Panetta announced that the US military will lift the ban on women serving in combat. Many women’s groups and feminist activists saw this announcement as an unqualified victory. According to Kiki Cardenas writing in the popular blog feministing.com, “People asked me: “Well, do you know what you would be fighting for? Do you believe in the war?” Yes and no. I would have been fighting for women’s equality in the world and here in the U.S. and that was reason enough for me.”

Lurking in the background of sentiments such as these is the common perception that the United States military invasions into Iraq and Afghanistan were motivated by a desire to liberate burqa-clad women in these countries.  Cardenas isn’t fighting for women’s equality, she’s fighting for the exploitation of her gender’s struggle to further the ends of imperialism via the military industrial complex. One way we may examine this idea is by way of post-colonialist philosopher Gayatri Spivak’s observation that, “White men will not save brown women from brown men.”  This is not a racially reductionist formula—”white men are the root of all evil”—but rather a provocative entreaty to wake us from our imperialist dreams. The need for such reminders is exemplified by former First Lady Laura Bush, who on November 17, 2001 shortly after the invasion of Afghanistan addressed the American people on a radio show, “Civilized people throughout the world are speaking out in horror — not only because our hearts break for the women and children in Afghanistan, but also because in Afghanistan we see the world the terrorists would like to impose on the rest of us.”

Rather than “saving brown women,” allowing women to serve in combat roles is simply a false win for feminism and women’s rights in the US. It is nothing more than the advancement of normalization of the military industrial complex. When US military men and women are killing children in Yemen and Pakistan with drone strikes, feminists and women’s rights activists should be actively organizing against these unjust and immoral actions rather than rallying around promoting the military and its death squads. The drone strike program is ever expanding, according to journalist Jeremy Scahill on his recent appearance on Democracy Now!, Obama had now sanctioned “signature strikes,”

“If an individual had contact with certain other individuals, if they were traveling in a certain area at certain times, if they were gathering with a certain number of people, that there was a presumption that they must be up to no good, that they are suspected militants or suspected terrorists and that the U.S. could take preemptive action against those people—and by “preemptive action,” I mean killing them with a missile”

The fight for women’s rights is far from over, and we certainly do not live in a post-feminist society,  regardless of all the all too common view of the kind Carla Bruni-Sarkozy expressed when she  remarked, “My generation doesn’t need feminism.” This might be easy to say for former French first lady, but such lazy dismissals do little for the vast majority of women who still struggle for their basic rights.  In 2013, the fight for birth control and reproductive rights are under fire and workplace wage gaps are still the norm in many cases.  There are bigger fish to fry than focuses on “opportunities” for women to fight in the military. The frontlines of the fight for women’s liberation should lie on labor opportunities, child care, housing and health- fundamental rights which all humans deserve, which unfortunately women and LGBTQ individuals are constantly denied due to various legal, social and economic barriers.  According to the Center for American Progress, while women overall make 77 cents for every dollar the average white male makes, black women and Hispanic women only make 70 cents and 61 cents, respectively.

Lastly, another major issue regarding women in the military which is overlooked is sexual assault. Studies suggest that as many as one in three female soldiers are raped during their US military service. Because of machismo and patriarchy which plagues American military culture and higher-ranked officers unwillingness to investigate allegations or rape and sexual assault, many times the victim who reports abuse is punished.

Military is culturally and functionally abhorrent to the interests of the women’s movement. Imperialist expansion under the guise of women’s liberation is degrading to all. As a feminist, I will say that allowing women into combat rolls does nothing for the advancement of women’s rights globally and refuse to allow this to go on in the name of women’s liberation.

“Most Afghan and Iraqi women do not see it as a “win” that they or a loved one will now have the chance to be killed by a female American soldier.

*Special thanks to the following individuals for their thoughts, edits and contributions to this article: Al Baker, Kevin Doherty, Shiera Malik,

Note: This story was originally published by The DePaulia, DePaul University’s school newspaper.

An Open Letter to Male Comedians