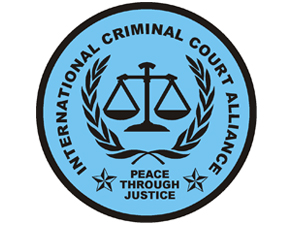 The International Criminal Court was established in 1998 to prosecute war crimes, genocide, crimes against humanity, and crimes of aggression, under the Rome Statute. Based in the Hague, Netherlands, the ICC has till date worked on eight cases, all of which originated in African nations.

Today, 122 nations are party to the ICC, including half of the African and all of the South American nations. However, three major world powers, without whose presence the ICC cannot significantly influence global change in terms of international criminal law, the United States, China, and Russia, are not state parties.

Along with Israel, a critical presence in the Middle East, the US refused to become answerable to the ICC in 2000. The ICC holds no power over them as they have not ratified the Rome Statute, and hence have no obligations, legal or otherwise, to uphold its laws.

Predictably, government leaders from Senegal and Djibouti have raised objections to the ICC specifically targeting and prosecuting African nations for crimes against humanity, largely ignoring dictators or abusers of power of other nationalities.

Most recently, the ICC held Kenya’s newly elected President Uhuru Kenyatta accountable for murder, rape, and displacement of members of the opposition in the unrest that followed Kenya’s 2007 elections.  However, the ICC’s negative press and accusations neither seem to have harmed Kenyatta nor helped his political rivals, as he has still won with more than 50% of the popular vote.

This raises questions of not only political clout and governmental power structures, but also the relevancy and authority of the ICC itself. Even if Kenyatta was found guilty of the crimes he is accused of committing, there is a slim chance that he will face a prison sentence or that his conviction will be of any real consequence. His “crimes of aggression” will never hold up in the face of his monetary wealth, which translates into power; Kenyatta’s lawyers are expected to pressure the ICC to drop all charges against him. And the ICC is expected to comply.

One wonders whether this court which was created to punish international criminals has any real authority whatsoever, as war crimes and crimes of aggression continue unchecked in nations around the world. A war crime is defined as an action that “violates international rules of war”. It can consist of murdering innocent civilians, and stealing from, lying to, or terrorizing them. Crimes of aggression are defined as the military occupation of another state, and bombing, attacking, or using the army, navy, or other armed personnel to control said state by using unnecessary force.

We do not need to look farther than the U.S. to witness examples of these crimes committed by our own soldiers.

Modest estimates show that between 16,000 and 19,000 civilians have been killed as a result of the War in Afghanistan since 2001. Deaths continue to be caused by bombings, assassinations, burning, and most terrorizing of all, night raids into the homes of suspected insurgents. This is not to mention the thousands of rapes of women and girls by US soldiers in Kandahar, Balkh province, and other villages in the country.

The War in Iraq shows an even more gruesome picture. To date, it has resulted in between 111,000 and 122,000 civilian deaths, not to mention the kidnappings, arrests, and indefinite detentions of suspected insurgents. (Let us also not forget the billions of dollars spent on these wars and the effect they have had on the economy.)

Perhaps the most horrifying example of the US military’s arrogance and brutality is the Mahmudiyah killings, carried out on March 12, 2006. Abeer Qassim Hamza, a 14-year-old Iraqi girl was gang raped, shot, and killed by Private First Class Steven D. Green and his colleagues. Her parents and six-year-old sister were also killed. After killing her, Green set fire to her body.

Green and his colleagues blamed the deaths on Sunni insurgents, hoping to get away with cold-blooded murder. However, another US soldier who had witnessed the crime confessed that Green had planned and executed the murders, therefore he and his accomplices deserved severe punishments.

Green was found guilty of murder and rape in 2009 and sentenced to life in prison. This is only one of the thousands of cases of rape and abuse of civilians at the hands of American soldiers, who view Iraqis and Afghans as less than human, and Green is probably one of the few criminals who has ever been brought to trial.

Aren’t these considered crimes of aggression or war crimes? Who prosecutes these? Why are they not given the same attention or value as other crimes in the International Criminal Court? Why is the US allowed to get away with almost all blatant abuses of power without accountability or moral obligation? Have we stopped to think what exactly we have done to countries like Afghanistan and Iraq under the guise of spreading freedom and justice? Kenyatta is equivalent to Libya’s Gaddafi or Syria’s Bashar-ul-Assad or the Shah of Iran.

These rulers are accepted by the US as long as their policies reflect American interests. But when their power threatens to influence the regional majority and challenge the status quo, the American government labels them dictators, totalitarian rulers, or terrorists.

Then, not only does the US withdraw support, it also actively works to destabilize the country. While the ICC is content with exerting influence over so-called “third-world” nations, it has absolutely no power or say in American foreign policy or crimes committed in the name of spreading democracy.

Even if we, as Americans, cannot significantly influence our government to take moral responsibility for its actions, we must be informed and educated about said actions. These issues do not exist in a vacuum; they have lasting effects on how the world sees us, how we form opinions about other nations, and what kind of world our children will inherit.