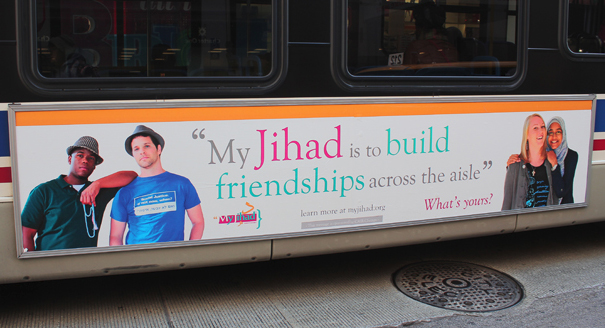 Professor Amitai Etzioni of The George Washington University recently published an op-ed piece questioning the veracity of the MyJihad Campaign.  By now, many are familiar with this groundbreaking campaign, but for those who are not, MyJihad is a public awareness effort designed to educate people – non-Muslim and Muslim alike – on the nuances of the term ‘jihad’ and its largely spiritual character.  The necessity of such a campaign is clear; the term ‘jihad’ has been the centerpiece of an anti-Muslim, pro-war discourse.  Over the last twelve years, wherever public discussion on ‘jihad’ or ‘jihad and Islam’ has taken place, much of it has been hawkish – leading the public to ascend to disastrous conclusions, like in 2003, when 70% of the American public thought Iraq had something to do with 9 -11.  Those who supported the MyJihad campaign argue that it is a healthy contribution to the public discourse, broadening our perspective on Islam and arming the public against over-zealous hawks that still use Islam as an excuse to go to war.

Professor Etzioni politely argues in his piece “MyJihad: Just a Spiritual Journey?” that the campaign is disingenuous because it fails to highlight that jihad “can be understood in two different ways.  For some, jihad is a holy war waged against the infidels while others see it as a spiritual struggle for moral self-improvement.”  Allow me to add something: Although there is no term “holy war” in Islamic literature, actually all Muslims understand jihad as being comprised of struggle, whether physical, spiritual or even armed if that struggle is just and moral.  Furthermore, Professor Etzioni is absolutely wrong when he suggests that the MyJihad organizers failed to address both meanings. I know because I spoke at the MyJihad press release; as an academic in Islamic and Religious Studies, I worked closely with Ahmed Rehab, the campaign’s founder.

We made it clear that jihad can allude to multiple things and we were never apologetic about those meanings.  Islam’s rules on just war are and remain reasonable, just as our own are in the United States.  But just because certain Muslims violate those laws, just as sometimes we do our own, does not mean that a misunderstanding of Islam can be perpetuated.  The point of the campaign was to present Muslims in a positive light, plain and simple.  Dr. Etzioni’s article, although sober and at times even generous, exemplifies just how eager so many are in tarnishing any campaign that seeks to shed positive light on Muslims. 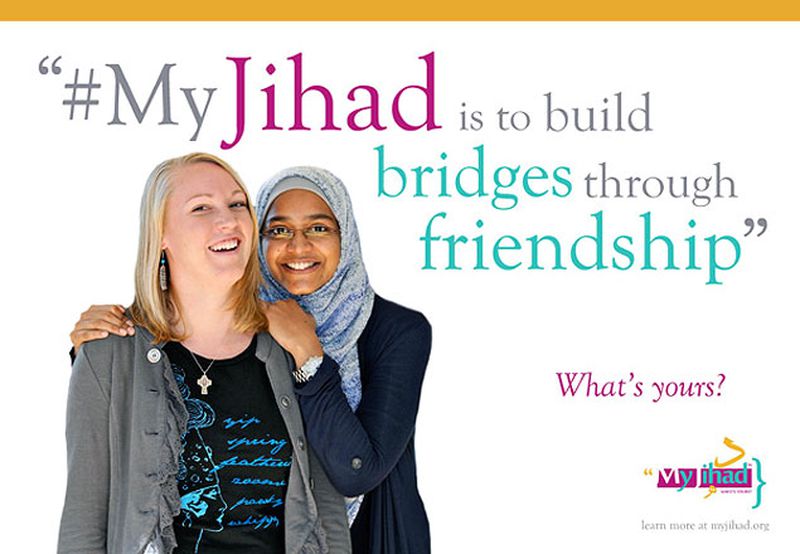 As I said, he is at times gracious, making sure to remark that all religions can be interpreted in a multitude of ways and “in this matter Islam is not different from other major religions.”  But, in fact, Islam is different, for it is the only major religion that can be denigrated and its people stereotyped at an institutional level in the United States.  The things that are said about Muslims on television, in classrooms and in government could never be said about Jews or Hindus. There are no states attempting to ban Jewish law, thereby curbing Jewish freedoms.  Yet multiple states have attempted to ban Islamic laws, openly limiting Muslims freedom of worship in a country in part founded on those principles.

The zealotry by which the campaign has been attacked has left an impression upon me.  I recently googled “crusade against” and found crusades against hunger, impaired driving and childhood cancer.  All noble causes.  Yet I did not see anyone protest that “crusade” conjures up violence and needs to also be understood as a holy war against “infidels.”  Yet this is exactly what Professor Etzioni does with MyJihad. Muslims are trying to spread a positive message, as they are free to, yet another non-Muslim is telling them they cannot or at least not as much as they would like.   Then my question for Professor Etzioni is ‘what is your point?’  MyJihad promotes interfaith friendship, health and spiritual steadfastness, while also contributing to a more well-rounded understanding of Islam.

Etzioni argues “those who seek for us to better understand Islam would do better if they acknowledged that it is open to both kinds of interpretations – both those that legitimize violence and those that abhor it.”  The problem, Professor Etzioni, is that many, many people have been pointing out the former while no one has pointed out the latter.  And those same public voices have been arguing for costly wars abroad while siding with conservative voices at home that want to cut healthcare and education.  Professor Etzinoi’s article presents itself as innocuous but is in fact just another example of Islamophobia; you see, for the professor, when Muslims say something positive, there is still something negative they are hiding.