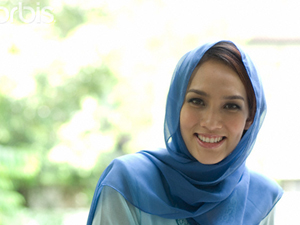 Why, when most people think of terrorists, do they assume Ahmed, Mohammed, and Nader and not Aaron, Michael, or Nathan? Not every terrorist is of Arab descent or even a Muslim, but to many people in America, if you have a foreign sounding name that could be Middle Eastern, you are automatically thought of as being a “potential terrorist.” Too many Americans continue to perceive Arabs and/or Muslims as terrorists, therefore causing severe injustice to the entire group.

Balayla Ahmad, a student at University of Bridgeport made national news last year when she reported being sexually assaulted by another student. The harassment had been going on for years, but when reported she didn’t get the response she was expecting. Instead of the student being reprimanded for his assault, Ahmad was turned into the FBI on suspicion of terrorism for being an American Muslim woman. In 2009, she was asked by a security guard if she had gone through proper procedures of reporting the sexual harassment, and then was told that there were allegations of her being a terrorist; the student she reported on for sexual assault had spread rumors about her being a terrorist. The place of privilege from which he spoke, as a straight white male in America, undoubtedly affected the college’s acceptance of his accusations; when Balayla tried to tell her side of the story, not only was she silenced as a survivor of sexual assault, but she was also silenced as a Muslim. Ahmad claims the college is being racist; the college “profoundly disagrees with the erroneous and misleading allegations that have been made.”

Racism comes in all forms, it doesn’t matter if it is the way you look, the way you dress, the way you speak, or even if it is subtly written into a seemingly innocent pep-talk.

Saad Allami who lives in Canada, has also been labeled a terrorist, all because of a harmless text message. Text messaging seems to be the number one go-to for communication; especially in the work force when everything seems to be so hectic. Allami was accused of being a terrorist by police because a text message of “blow away your competition” to his colleague was misinterpreted; he was only giving his co-worker a boost of confidence. The same statement has been or will be used by everyone at some point. How is it that when this man wrote it in a harmless text he was labeled as a terrorist? While he has not yet been formally charged as a terrorist, on his permanent record he is a suspected terrorist and has since been fired and also because of it, he can no longer get a job.

Unlike the two people above, this man’s story actually has a happy ending, although it undoubtedly difficult for him to get to where he is today. Farouk Ali-Haimoud, who lives in Detroit Michigan, has had to travel a very hard road to get his name cleared of allegations of being a terrorist. After September 11, 2001, Ali-Haimoud was accused of being a terrorist and was jailed for 15 months in Wayne County Jail. Not only was he left in jail and accused for actions he never committed, but he was also assigned to isolation and strip searched often.  He was discriminated against ad utterly humiliated. He was subjected to countless federal court dates, and was misnamed. Fox news kept his picture up on the news when they spoke of terrorists, but erroneously named him Youssef Hmimssa. Not only did they have the wrong man, they also had the wrong name. His family was basically ruined after the false accusations. Ali-Haimoud fought rigorously for his freedom in the face of accusations of commiting “the worst crimes on the planet” and a potential life sentence. At the end of 2011, he was finally granted American citizenship. There is no doubt that Ali-Haimoud’s experiences with blatant injustice have everything to do with his religious affiliation. Instances like this represent a major failure of the American system and highlight the ways that cultural bias against Islam and Muslims embedded in the media has directly caused a great deal of discrimination and inequality.

One subtle way that news reports influence the way people perceive Islam and Muslims is by the language it uses to describe crimes. For any affiliation, religious or otherwise, other than a Muslim one, a person who commits an act of violence is merely a criminal, but someone who self-identifies as a Muslim commits the very same act, news media is quick to label the person a “terrorist.”

This inconsistent nomenclature embeds into the minds of the masses that Muslims are terrorists, thereby enabling and encouraging a great amount of injustice for those perceived to be Muslims across America. As consumers of news media, we must become increasingly aware of this bias in the hopes of diminishing and eventually stopping the injustice that has affected people like Balayla, Saad and Farouk.

The State of (discrimi)Nation: Muslim Discrimination in America Today