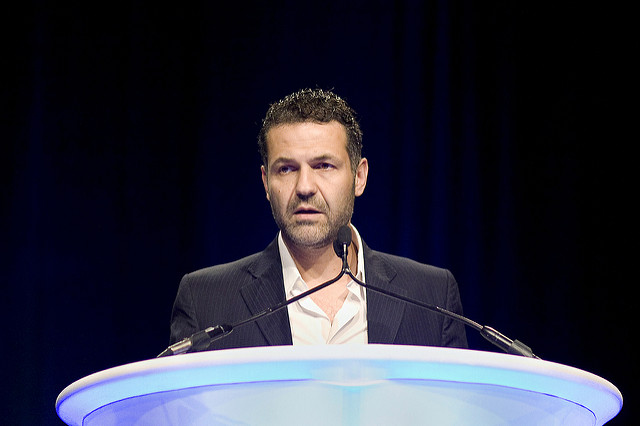 “Lord,” said David, “since you do not need us,
why did you create these two worlds?”

Reality replied: “O prisoner of time,
It was a secret treasure of kindness and generosity,
and I wished this treasure to be known,
so I created a mirror: its shining face, the heart;
its darkened back, the world;
The back would please you if you’ve never seen the face.”

Today, when Westerners read about Afghanistan we only see the back of the mirror. The world has shaped Afghanistan into a country of fear, in need of humanitarian assistance and “democracy,” the home of terrorism and radical Islam. As Western media paints this country, the birthplace of poets like Rumi, as a dark abyss, Afghans around the world attempt to right the wrongs of these depictions.

The author of bestselling novels, The Kite Runner (2003), A Thousand Splendid Suns (2007) And The Mountains Echoed (2013), Khaled Hosseini, is an Afghan-born American who uses his spellbound words, charming characters, unsettling yet addicting storylines to entertain and inform Western audiences about life in Afghanistan. Hosseini’s novels take place during a pivotal time in Afghanistan’s history: 1950s to the present day. This time period encompasses the Soviet invasion, Bush’s War on Terror, and the rise of the Taliban. Hosseini craftily intertwines this era of destruction into the lives of his characters.

In his first two novels, The Kite Runner and A Thousand Splendid Suns, the characters lives are devastated by the terrors of the Taliban, mujahedeen veterans turned warlords, and the mental, emotional and physical degradation of women. His characters begin as children and mature into adults in this horrific world. As the lives he created witness the destruction and rebirth of Afghanistan, we, the readers, gasp, cry, and smile as Hosseini takes us on a journey into the abyss.

While Hosseini’s stories are page-turners, there’s a major flaw in his literary world of Afghanistan. Hosseini lived in Afghanistan for a total of eight years during his early childhood, eventually escaping with his family in 1980 to San Jose, California before the Soviets arrived. What does this physician and humanitarian know about becoming an adult in a country where bombs light up the sky, where warlords take over the cities, and the Taliban publicly executes women?

Hosseini’s life has provided him the luxury of the American dream, and while he may have heard stories, sent money to relatives, and created a foundation to help his motherland, it is impossible to truly know the life of a man, woman, or child 7,429 miles away. What’s interesting, however, is that one of Hosseini’s characters describes his gift perfectly, “A magician, with a pen for a wand, able to move an audience by conjuring emotions [he] had never known [himself]. Was that even possible?”

Unlike Hosseini’s first two novels, his third novel, And the Mountains Echoed, has a different tone. Hosseini has matured as a writer, and while there is still drama, death, betrayal and all the other gruesome elements he is known for, it is more subtle. And the Mountains Echoed is built around a pair of siblings in an imaginary Afghan village in 1952. As expected, the siblings are devastated by many of Afghanistan’s horrors. The old Afghan folktale in the beginning of the novel serves as a framework for the larger narrative. The novel is comprised of nine individual yet intricately intertwined stories. A major theme in this novel is forgetfulness.

For example: in one tale, a young doctor whose family fled to the U.S. returns to reclaim abandoned property in Kabul. He visits a hospital there, grows fond of a wounded little girl, promises to send for her and get her the best medical treatment America can offer. When he returns to California, he becomes overwhelmed with work and his role as a father and a husband and eventually forgets his promise, until the little girl has “become something abstract to him, like a character in a play…something best forgotten.”

This is the first character I have ever been able to connect with in a Hosseini novel. This is a more realistic situation that many people who have travelled to the dark side of the Earth have experienced. The shock of this discovery is what kept me attentive when reading this novel.

I also discovered that in each tale there was an aura of survivor’s guilt. Many writers leave traces of themselves in their work. I believe Hosseini has finally come to realize that his first two novels were unintentional tools of exploitation. And that his third, and probably final, novel is his way of realizing that you can go back, look at the damage, try to conjure up memories of your time there, before the war, but you will never really understand the lives of the people who lived during or after the war. Sure write their stories down, or what you think their stories should be however, you’re just a magician entertaining the audiences in your adoptive countries. And your birth country eventually becomes a subject and no longer a home.

As God in Rumi’s poem, “Be Lost in the Call” said to David, “The back would please you if you’ve never seen the face.” Anyone can write about experiences they’ve never experienced. However, it will always leave the reader with a distorted view of reality.