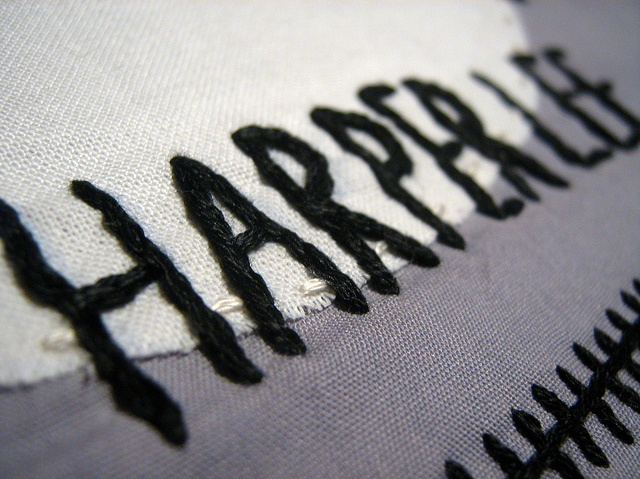 The following is a typical conversation in an English class studying the iconic To Kill A Mockingbird.

Teacher: What did we learn from the trial of Tom Robinson?

Student One: He was treated unfairly because he was black.  The town was racist.

Student Two: Thank god we are better off now.

While slightly simplified, this bare-bone script embodies a flawed approach to teaching culture and race for the modern American student, an approach I too often have seen in numerous classrooms.  While both students aren’t necessarily incorrect in their judgments, the lack of depth suggests a simple perspective on how race affects perception and identity.

As a teacher, we can’t fault both students for their responses.  They are young readers, and young readers tend to read novels simply for major plot points.  And so they break down the novel and the issue of race as follows:

(1) Tom Robinson, a black man, is accused of raping a white woman.

(3) Still, the all white jury convicts Tom Robinson of rape.

But as teachers, we must force students to look beyond these major plot points.  Why else do we study novels in school, if not to engage in deeper reading?

Teaching and discussing racial issues becomes especially difficult if you are not a minority.  Simply put, how can a white person teach students about the struggles of minorities?  Would students take him/her seriously?  Do teachers rely on the minority students in the class?  Would these students feel singled out?

Inevitably, these questions will arise, and yet, the questions themselves are unnecessary.  In fact, by posing them we reveal an underlying assumption behind race and conflict: it is impossible for a white man to understand a black man’s burden, or for that matter, any minority’s struggle.

It is this assumption that has ruined the teaching of race and culture in the modern day classroom, leading to vague and simplistic observations like “thank god we are better off now” or “racism doesn’t really exist anymore.”

Race is only seen as a dividing element, rigidly defining the barriers of what outsiders then can never penetrate.  Yet race offers both a unique cultural identity and also connects us when considering both history and the present.  I love reading about certain unique customs and traditions each foreign culture has to offer, and how the origins often speak to a profound system of core values.  I also now recognize after teaching for a number of years a certain universality found in the struggles each race has undergone in both the past and the present.

When students study racial conflict, they need to see more than just black versus white; they have to see power struggles, hypocrisies, burden, and mistrust.  They have to see assumption and ignorance, and how they are often inextricably linked.  They have to see how 99.9% of all human conflict comes from the inability for one to understand another.

We have to force students to pay attention not simply to the general plot structure of these classic novels – the overt racism that allows them to settle for simplistic conclusions.  We have to pair the overt examples of racism with the “smaller” scenes that can then be related to modern day hypocrisies.  For instance, we need to study how Miss Gates in To Kill A Mockingbird criticizes Hitler for his persecution of the Jews and then also expresses her need to teach the blacks in town a lesson.  We need to examine how Scout Finch, a seemingly perfect protagonist, innocent and good, cannot see Boo Radley as human simply because he is different.  At the end, we see her transformation, a resolution of hope in the wake of the tragic death of Tom Robinson.  Is this juxtaposition a mere coincidence?  Or was Harper Lee ahead of her time in how she broke down the barriers of race and saw that struggle is simply about how one’s misconceptions and obstinacy make it impossible to truly see another?

These powerful moments in the text, moments that may not be the easiest to understand or teach, can then be related to modern hypocrisies that extend beyond race.  How often do we see leaders of civil rights also condemn the liberties of homosexuals?  How often do we see a network include an infomercial about Black History Month only to be followed by a sitcom that stars an Asian character that is socially awkward, scientific, and speaks with a thick accent?

As teachers, we must force students to now think about the perceptions that cloud their current vision.  Begin with the obvious examples from history, for time has given the next generations the ability to clearly see the injustices of our ancestors.  But then we must look at our own misperceptions.  We must examine seemingly simple racial stereotypes, whether that be discussing how certain races are represented in film or even how cliques are formed in public schools across America.  Students can examine how an Indian American is perceived today and the common stereotypes attached to their identity.  They can even linguistically study how we inadvertently use language that subtly oppresses women, often times enslaving them to rigid gender norms.

In other words, we must extend the conversation beyond the confining and somewhat awkward barriers established by race into more universal struggles of identity and perception.  Then and only then can the next generation be open to discussing the complexity behind white privilege or burden of responsibility or what it means to be American.

Unfortunately, however, the common public school still approaches the topic of race from afar, either afraid to get closer or ignorant enough to believe that discussing past injustices are enough.  Too many classes are content with only discussing slavery as a historical event, thinking that if they have that simple conversation “history won’t repeat itself.”  Yet they have only prevented that type of specific enslavement – they have not even begun to investigate race and identity.