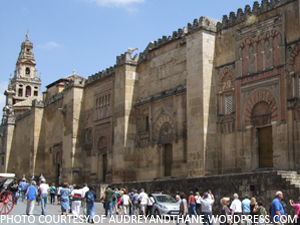 The iconic Great Mosque of Córdoba has gone by a different name for nearly 800 years: the Cathedral of Córdoba.  This sacred space in Spain’s southern region of Andalusia has a tumultuous history, changing hands between the Christian and Muslim communities.

Over the past decade, Spanish Muslims have campaigned for the right to pray alongside Christians in the historic building.

Recent events show that Catholic authorities in Spain and the Vatican have no intention of permitting Islamic prayer in the Córdoba Cathedral.  Newly elected Pope Francis, however, has demonstrated a commitment to improving Catholic-Muslim dialogue, and the new Church leadership could allow the Córdoba mosque-cathedral to become an inter-religious house of prayer. 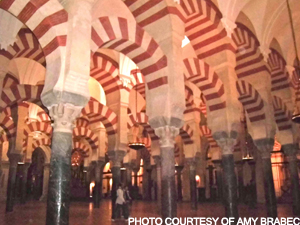 The site of the mosque-cathedral served as the Visigoth Church of St. Vincent until the Islamic takeover of southern Spain. Under the Islamic government of Al-Andalus, the space was split between the Muslim and Christian communities, and the faithful of both religions prayed under the same roof.  Umayyad prince Abd al-Rahman eventually bought the Christian portion of St. Vincent and from 784 to 1236 the building functioned solely as a mosque.  During this period the mosque obtained its distinctively Islamic architectural features, such as a minaret and an ornate mihrab.  Today visitors see a bell tower instead of a minaret, and an elaborate Renaissance-style cathedral nave amid the understated red and white arches of the former mosque. Most striking, the mosque-cathedral is the juxtaposition of simple Moorish architecture with crucifixes and saint images.  Since Islamic art does not include representations of humans, the current decoration seems like a brash way of marking Christian territory after the Reconquista.

Although the building became a church in 1236 during the Catholic Reconquista of southern Spain, organized pleas to allow Muslims to worship in the former mosque only date back to 2004.  The Islamic Council of Spain submitted the first request to Pope John Paul II in April 2004 and was swiftly turned down.  Critics allege that the petition surfaced shortly after Bin Laden’s remarks urging Muslims to reclaim “the lost Al-Andalus,” but these comments are of questionable authenticity.  A second attempt to negotiate with the Vatican was made in 2006, during the aftermath of Pope Benedict XVI’s speech that referenced a 14th century Byzantine emperor’s prejudiced view of Islam.  Benedict apologized for his statements and maintains that they did not reflect his personal opinions, but once again the Islamic Council of Spain’s efforts proved fruitless.

Some Muslims were not willing to wait for permission to pray in the Cathedral of Córdoba.  Participants in a 2001 Islamic conference in Córdoba were asked to leave the cathedral mid-prayer because, as the security guards explained, Muslims are not allowed to pray in a Catholic church.  The Muslims left without protesting but lamented their restriction from celebrating the Islamic heritage of the building.

A 2004 incident in which eight tourists of Austrian nationality performed salat in the cathedral did not end so peacefully.  Guards requested that the individuals either stop or exit the building, and they responded by engaging in a fight with the security officers and police reinforcements.  In February of this year, Spanish judge Juan Luis Rascón decided to acquit the accused Muslims in the interest of upholding religious freedom and plurality.  Opponents argue that Rascón’s decision reflects the need to appease Spain’s Muslim community.  The judge, however, explained that it is not in the court’s power to determine if Islamic prayer in a Catholic place of worship constitutes provocation.

Spanish popular sentiment is largely suspicious of the country’s 72% immigrant Muslim population, but Spanish Muslims may find an ally in the new Pope Francis.  This March, Francis broke away from papal tradition and washed the feet of two Muslims as part of a Holy Thursday ritual. Additionally, he emphasized friendly relations between Middle Eastern Christians and “Muslim brothers and sisters” during his Good Friday service.  It is logical to speculate that the Islamic Council of Spain will appeal to Francis for the right to pray in the Cathedral of Córdoba, as they have attempted with the two preceding popes, and based on Pope Francis’s commitment to interfaith relations, … he might be more willing than his predecessors to compromise with the Islamic Council of Spain in hopes of improving Catholic-Muslim relations. 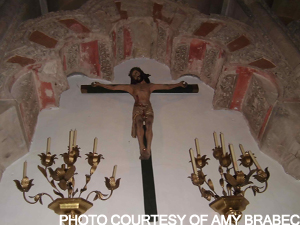 While Pope Francis has provided hope to the international Muslim community regarding the future of interfaith understanding, he has not yet addressed the issue of the mosque-cathedral.  Only time will tell if Pope Francis will go beyond symbolic gestures of friendship towards the Islamic community and revive the spirit of interfaith tolerance that once existed in Córdoba.