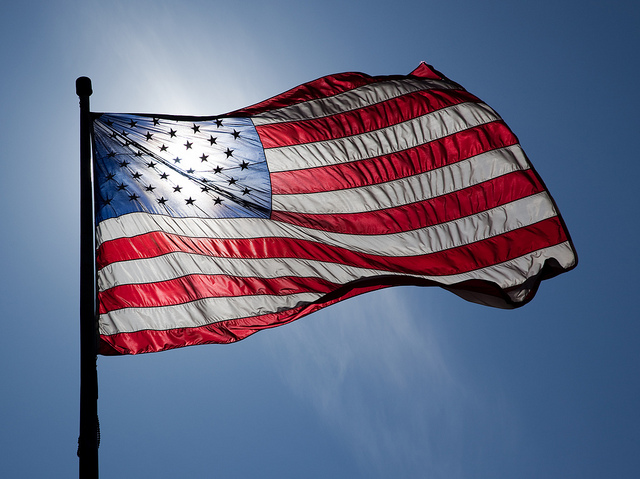 We live in the age of over-sharing. Anyone and everyone with access to the internet can post whatever they feel like and blast it to their followers on Twitter or friends on Facebook in a matter of seconds. While this new-found freedom of expression has its benefits, it most definitely has its failings too.

Anyone with five minutes and a Wi-Fi connection can express their hatred and intolerance without thought; recently, a little boy was deemed “not American enough” to sing the national anthem. While the technology that bigots frequently use to express hate is new, the hate itself is not. This bigotry extends to most ethnic minorities today, and goes far back into our nation’s history, even to its conception.Last week, at a basketball game in San Antonio, eleven-year-old Sebastian De La Cruz sang the national anthem. Thousands of fans cheered his performance in the stadium.VIDEO:

At the same time, hundreds of bigots took to Twitter in order to express their frustration, complaining that De La Cruz should not have sung the American national anthem because he is a) wearing a mariachi outfit, b) he is Latino and c) he is most probably “illegal.” They assumed he is undocumented because of his ethnicity, because of course all people of Latino ethnicity are undocumented. De La Cruz was, therefore, labeled “not American enough,” and repeatedly requested in those tweets to leave the country and go back to Mexico.

A little research shows evidence to the contrary, proving that De La Cruz is a natural born American citizen who loves the San Antonio Spurs and playing basketball. Not only is he a citizen, his father served in the US Navy, and therefore, is so loyal to America that he is willing to defend it with his life. And even if he was not an American citizen, but spent his entire life here, doesn’t that still make him American?

Then why was there such a backlash against an innocent, talented little boy whose only crime is that he chose to express his love for his country in front of thousands of people?

The truth is that even after decades upon decades of minorities struggling for fairness and justice, America is still not the beacon of equality and freedom that we assume it should be or advertise it to be. We still choose to marginalize and demean cultures that we do not understand, and instead, label them as “other” than American.

From the Native Americans to the African Americans to the ethnic Chinese, to anti-Irish and anti-Catholic bias in the 19th and 20th centuries, every minority and ethnic group has experienced blatant discrimination at some point in American history. Even Polish and Italian immigrants were not considered “white enough” by Caucasian Americans who were proud to declare themselves superior, according to a belief in racial superiority. Those with light skin, light hair, and light eyes were considered more intelligent, refined, and sophisticated.

Just a few days ago, celebrity chef Paula Deen admitted to using the N-word casually and wishing she could have African Americans, and only African Americans, serve as butlers at her parties. A few weeks ago, a young Caucasian woman walked into a Dunkin Donuts and proceeded to verbally attack the employees, using racial slurs and insults. She complained that because she wasn’t provided a receipt after her last purchase, she should get her food for free. Not only did she expect preferential treatment, she also verbally abused a female employee, and threatened to “nuke” her. All that to get a free ride.

This begs the questions: Why is there such a hatred of anyone who looks or acts differently than the “mainstream”? Why are Americans so segregated in our thoughts and beliefs? And as a country, as a collective, aren’t all Americans immigrants anyway? Only Native Americans can claim that they were here first.

I believe that people are afraid of what they don’t understand. They choose to “other-ize” entire communities or nationalities of people rather than communicating with them or trying to educate themselves. We need to replace open mouths with open minds.

According to a Census Report from 2008, non-Hispanic whites will no longer be the majority in the US by 2042. It is, therefore, imperative (as it has always been) that Americans from all racial, ethnic, religious, and socioeconomic backgrounds learn to coexist. Not only is this common sense, it is a fundamental aspect of our constitution. We must put aside petty differences and come together as one nation, a nation of immigrants.