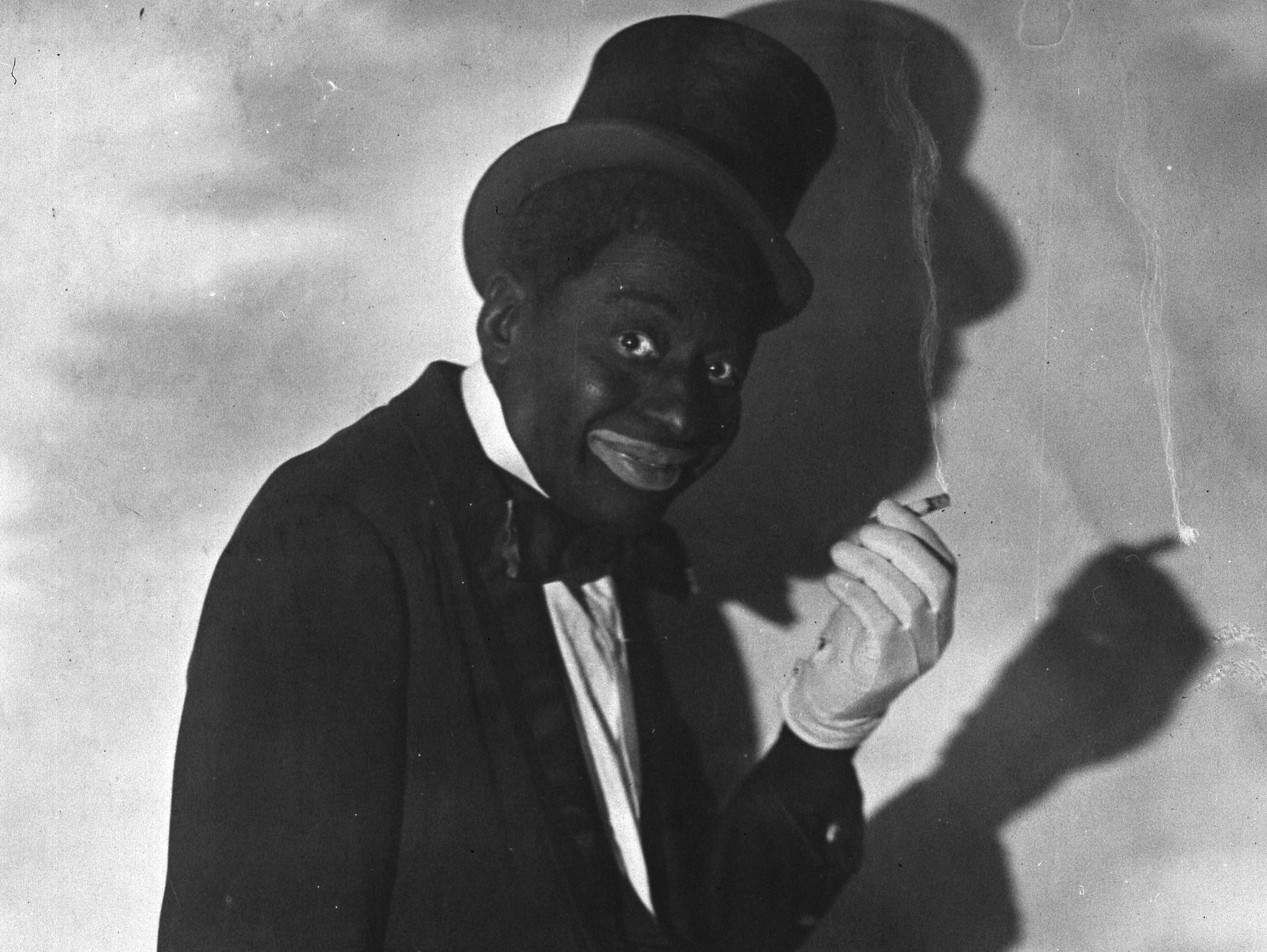 Stereotypes have been presented in many forms of media throughout American history; they vary from ethnic group to ethnic group. African Americans, unfortunately, have consistently been subject to this pernicious subculture for centuries.

Recently, stereotypical depictions of African Americans have been underscored by their frequent creation on popular video sharing sites such as YouTube and via various other memes on the internet.

African American stereotypes, however, have roots in minstrel shows. Minstrel shows were a popular form of entertainment in the United States, developed in the early and mid-19th century. They featured a troupe of actors that performed a variety of songs, comic dialogues, speeches and dances.The performers would do variety shows laced with blatant forms of racism masked as entertainment; the performers would carry out routines in ‘blackface’ to exaggerate black dialect, movement, and physical characteristics.

This standard produced, preserved, and perpetuated the most recognizable stereotypes of African Americans seen and heard today.

This form of entertainment became highly conventionalized, but eventually faded out and became highly controversial. The stereotypical images of American Americans in mainstream media in new and various forms, of course, continued and were re-imagined in shows such as The Amos ‘n Andy Show in the 1950s. The images proliferated and fed the American media consumers with the wrong ideas about this particular group.

Re-imagining happened again in the form of television sitcoms such as Good Times and The Jeffersons, among others. Although they were created to depict blacks positively, they still had grey areas as well. Later, from the silver screen to the big screen, Blaxpoitation films of the 1970s also became culturally significant in portraying variations of off-color depictions of African Americans. Films such as Shaft (1971) and Mandingo (1975) sometimes starred, were produced or directed by African Americans. For some, such as the NAACP, they were undoubtedly minstrelsy, and for others they utilized themes of black empowerment and liberation.

African American depictions have again been re-imagined with remixed, auto-tuned viral videos on the internet. The videos includes popular internet memes including Antoine Dodson and Sweet Brown, among others. They all became popular at different times, but for the same reasons.

For instance, in July of 2010, Antoine Dodson’s flamboyant on-camera harangue telling residents to “Hide yo kids, hide yo wife” because a rapist was “loose” in the Lincoln Park projects in Huntsville, AL, where he lived with his sister who was nearly attacked by the rapist, became an internet sensation. The interview was remixed and auto-tuned by The Gregory Brothers and gave Dodson instant fame.

The same thing happened to Sweet Brown, aka Kimberly Wilkins. When a supposed fire erupted in her building, she proceeded to give an animated recount of her reaction to the news: “I ain’t grab no shoes or nothing, Jesus!” she exclaimed, “I ran for my life….I got bronchitis….ain’t nobody got time for that!”

And the rest is, as they say, history.

Michelle Clark in Brookshire, TX, dubbed “Kabooyow lady,” again, exploited by the local KPRC2 news station, gave a rousing and colorful interview describing the unusually large hail storm that affect the area in which she lived.

More recently, Charles Ramsey inadvertently became prey to this subculture of the internet. Within a day of giving a vivid and detailed, and slightly comical, account of how he helped rescue Amanda Berry, a kidnap and rape victim who’s been missing for ten years, along with three other women and children, out of a home in his neighborhood his interview was remixed and auto-tuned.

Some see them as harmless, hilarious entertainment, while others find them perpetuating stereotypes.  It’s hard to watch some of the most popular videos being shared on social media and not consider them reincarnations of minstrel shows. In the 21st Century African Americans are still being reduced to the comical and dimwitted, thanks to the internet.

Technological advances have allowed images to be consumed at rapid speeds by internet users, even remixed. In particular, ‘memes’ in internet culture have allowed the days of minstrel shows to become re-imagined and resurrected. On the internet, especially YouTube, somewhat obscure news clips are found and then remixed into a song for popular consumption by internet users. They have gone viral, gathering millions of views. These once innocent clips, become musically-infused entertainment, almost reminiscent of those minstrel shows two-hundred years ago.

Why can people do this? Digital technologies allow forms of creativity to individuals, says Kelly Quinn, professor of communication at the University of Ilinois-Chicago.

“Previously these creative forms were harder for individuals to engage in due to high levels of required investment, the need for sophisticated skills and the inability to distribute the end product,” explained Kelly Quinn, “We can [now] make a video using a cellphone, remix audio and video using easy-to-use software such as iMovie, and share it on platforms such as YouTube. This enables all sorts of new creativity.”

However, Quinn adds that it is not the ability to create these things that makes them popular. Their popularity, however, could be linked to a multitude of factors. It may connect to the engraining of African American portrayals in American media over the years.

Because they are colorful and, to a certain degree, inarticulate, that makes them entertaining and worthy of celebrity, at least that seems to be the reason for their popularity. That should not be the case. Since African Americans have been affected by the crippling effects of systemic racism, which marginalizes them educationally, socially and politically should, however, be a part of the conversation. Although, earlier this year, a “hatchet-wielding hitchhiker” named Kai, who is white, matched the fame of Dodson and Brown, it didn’t receive much of the negative connotations or  even match the level of derisive ‘memefication.’

Catherine Knight-Steele, a doctoral candidate in the Department of Communication at the University of Illinois-Chicago specializing in Race in the Media with an emphasis on African Americans, says that the stereotypes we see online pertaining to African Americans are nothing new.

“With particular regard to African Americans, stereotypes against this community emerge and persist as a means of control,” said Knight-Steele. “Making those of African descent appear different, sub-human and threatening helped to keep intact the system of chattel slavery and Jim Crow segregation. Similarly, continuing to ‘other’ African Americans serves to keep this group separate and keep system of privilege intact for the dominant group.”

Asked “Where do stereotypes originate from?” she stated: “Stereotypes emerge from our desire as humans to categorize, as well as the tendency for dominant groups to exclude others from systems of power.”

Knight-Steel says that stereotypes are present not just in America, but any and everywhere some people hold privilege and others don’t. “While a stereotype can be present for any group, the ones you will see most commonly in the media are of marginalized communities.  Because these groups are traditionally excluded from systems of power, including media production, these stereotypes persist,” she added.

Aisha Harris, a contributor for Slate, called this phenomenon the “Troubling Trend of the “Hilarious” Black Neighbor.” In it she described this phenomenon of remixed YouTube memes with colorful characters such as Sweet Brown, Antoine Dodson and Charles Ramsey, among others, going viral as “a love to see Black people perform.”

Jamilah King of ColorLines took it further calling these types of videos and the fame they allowed the characters that they featured “modern day minstrelsy.” King also noted that those featured in these videos are “put in the precarious position of representing an entire race.”

“What has changed though is the means and mode of production. This ‘remixing’ allows user generated content to promote certain stereotypes for the purpose of entertainment.  What is important here though, is that the subjects […] are marginalized not just for their race, but their socio-economic status as well,” said Knight-Steele.

Instead of continued marginalization, they were elevated to internet celebrity status. Antoine Dodson was able to do a number of television appearances after his auto-tuned interview was turned into a song that could be purchased in online music stores. He did, however, use the money from the “Bed Intruder Song,” and move his family out of the projects. (No word if they ever found that alleged rapist.)

Charles Ramsey was celebrated as a hero for rescuing of kidnap and rape victim Amanda Berry and three other women. (But soon the media turned the tables on him, shining light on his own past criminal record of domestic violence.)

Sweet Brown has done a string of commercials and television appearances, and even movie cameos, each time playing up her “Ain’t nobody got time for that” tagline. Sweet Brown even has a reality television show in the works. (And since reality television has become one of America’s pastimes, if Sweet Brown, and others like her, continue to make the jump from internet to larger mediums like television stereotypes of African Americans will become amplified.)

“This allows people of color, including other African Americans, to see these people as a source of entertainment and to mock them openly.  It’s the idea that ‘it’s not really racist because it’s not targeting me’,” explained Knight-Steele, “[s]o Antoine Dobson or Sweet Brown are ‘othered’, not just by whites, but other African Americans as well for their dialect, attire, and other features that stigmatize them based on economic and social class. Those creating these videos do not always have malicious intent. Like it has occurred with many other facets of African American culture, the dominant group appropriates portions of Black culture for their own use and very often does it in a way that does not lift up the community.”

Despite the inaccuracies in stereotypes, African Americans are still reduced to the buffoonish and comical because of the way stereotypical portrayals have been cherished, preserved and then magnified with the ability to become strongly attached to an entire group.

As media consumers, it becomes increasingly important to become more critical of as well as unpack and deconstruct the constant images that are shoved down our throats. They may seem hilarious; They may get you through a grueling day of work; They may be worthy to pop up on Twitter feeds or Facebook timelines, but they are also a continuation of damaging images that constantly demean, dehumanize and impact the legitimacy of particular ethnic minorities, relegating them to inferior status and negative caricatures.

Stereotypes are bad, pernicious, insidious, and unnecessary. In this case, they can sometimes put a nail in the coffin to the positive identity of black America. In all honesty, we really don’t have time for it.