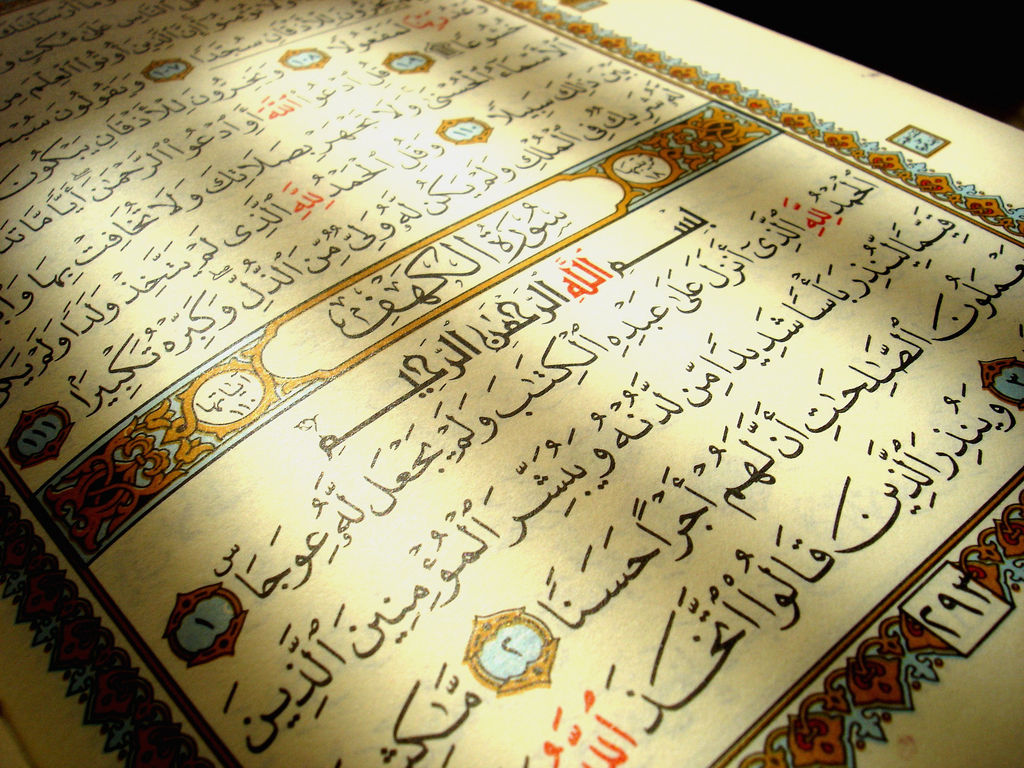 Every year, Muslims around the world abstain from food and drink from sunrise to sunset for one month. This is done for many reasons, mostly religious, but there is also a practical aspect to fasting.

Ramadan is the ninth month of the Islamic calendar,  a lunar-based calendar that Muslims use to observe religious holidays. Fasting during Ramadan is one of the five pillars of Islam, and its importance cannot be understated. For both spiritual and physical reasons, fasting is a significant part of every Muslim’s life, and more and more, science is proving how fasting is a good part of every diet.

In Islam, the point of fasting is to become closer to God. While starving the body, one starves the ego, the basest part of the human being that is full of desires. This allows the Muslim to work on his spiritual state, by reading Qur’an (as Ramadan is the month in which the Qur’an was first revealed), praying, and other practices that purify the soul and strengthen one’s relationship with God.

One blogger described the sanctity of fasting in a way that really struck me:

During Ramadan, you will eventually begin to forget your hunger and your thirst as you fast during the day. Your hunger and thirst will still be there, but they won’t torture you anymore. Your stomach will suddenly seem quiet and you’ll become more aware of yourself. Be alert for this moment, so that you can take advantage of it. Once this happens, you have found your real hunger, your hunger for Allah. You will find that shortly after Ramadan, you will miss the month and you will still be ‘hungry’. Hold on to that hunger for as long as you can. For Ramadan is not about torturing ourselves or our bodies, it is about quieting our humanity, so that we may hear our souls.

Abstinence can be hard, and Muslims tend to watch the clock more closely during this month than they do during the rest. But, there is a purpose behind this starvation. Everyone feels the hunger and the thirst, but they also feel the triumph of overcoming this fixation on corporeality.

Fasting teaches the body and the mind self-discipline. Leaving food and drink should leave the faster more time to focus on the state of the soul, and the relationship between one and God. The more time spent with Him, the happier the faster becomes. There is a reason why, despite the tiredness, Muslims are so happy during Ramadan. People often think that Muslims dread Ramadan, but, the truth is they eagerly await it with open arms. When one nourishes the soul with the Word of God, and absolute submission to Him, and spends every waking moment in His company, the body is refreshed and the mind is invigorated with bliss.

Therefore, Ramadan is not just about abstaining from food and drink; Muslims must also stay clear of other behaviors, such as lying, gossiping, and anything that distracts one from the holiness of the month. Ramadan is about denying the body to nourish the soul. The abstinence from food and drink is symbolic of turning one’s back on this materialistic world, and looking towards the Divine. That moment when the stomach quiets is the moment when you hear God calling you.

It also reminds the believer of those less fortunate than him, who are suffering around the world. A person who does not eat or drink anything for twelve hours can better empathize with a poor person than one who is living in luxury. For this reason, charity (another pillar of Islam) is an incredibly important part of Ramadan, and Muslims donate more frequently during this month.

Whenever I explain why and how Muslims fast to a non-Muslim friend of mine, his or her eyes open wide and they immediately ask me how it is possible that I put nothing in my mouth from morning until night. I generally tell them that I am used to it, and that it is really not as hard as it seems. But, lately, I’ve begun to change my tactics, and show how fasting is healthy for the body.

Recently, the 5:2 Diet has gained a lot of attention. This diet expects one to fast two days a week, and eat only 500 calories (600 for men) throughout the day. During the other five days, you can eat normally, but, of course, healthily, or else there is no point in fasting.

During Ramadan, Muslims wake up shortly before sunrise to have a small breakfast, “suhur”, and as soon as the sun sets, Muslims break their fast with the evening meal, “iftar.” These two meals are not meant to be enormous, with people stuffing themselves with everything they can before the next fast begins. Since there are night prayers every night, it is actually best that one not fill their stomach to maximum capacity, but eat moderately. This is exactly what the 5:2 Diet outlines.

The science has shown that fasting actually reduces the risk of many diseases, such as heart disease, cancer, diabetes, etc., because it decreases the level of certain insulin-related hormones, which are associated with cancer. While most of the research is currently focused on animals, many have felt the positive effects of fasting.

Intermittent fasting has also been shown to help people lose weight, and this is possibly because the stomach shrinks when one is fasting, so he or she does not eat as much when the fast ends. This lessens the calorie intake, thus lessening body weight.

Moreover, humans are not genetically built to eat as much as we do now, with a 2000 calorie per day intake just for women. Our ancestors did not eat nearly as much as we do now, with separate meals for breakfast, lunch, and dinner, as well as snacks and dessert, which has basically become its own meal in this day and age. The amount of readily available and easily accessible food we have is almost unnatural, and our bodies respond better to intermittent eating.

Fourteen hundred years ago, Prophet Muhammad (peace be upon him) told his followers that they should fast in moderation. Fasting every day of one’s life is obviously extreme, but Prophet Muhammad said that fasting intermittently, as Prophet David used to do, was the beloved way of fasting for God.

Those who want to follow the Sunnah (the practices of Prophet Muhammad) will often fast two days a week, Monday and Thursday. Muslims, and, sometimes, those of other faiths such as Christians and Jews, have also benefited from fasting for hundreds of years, and science has only recently begun to see the beauty and healthfulness of it.

It is important to remember not too eat too little on the days one fasts, or too much when one does not fast. As Prophet Muhammad (peace be upon him) said, “No human ever filled a container more evil than his belly. The few morsels needed to support his being shall suffice the son of Adam. But if there is no recourse, then one third for his food, one third for his drink and one third for his breath.” Islam is all about moderation, and that especially applies to what one lets enter his body.

Dallas Willard, an American philosopher who advocates an understanding of the spiritual aspects of Christianity, said, “The role of fasting is to teach you about the sufficiency of God to you when you are deprived. When you practice fasting, you abstain from the fulfillment of your desire for food.”

Christianity, like Islam, recognizes the importance of fasting for the soul. Willard points to the Gospel of Matthew, in which Jesus says, “Man shall not live on bread alone, but on every word that comes from the mouth of God” (4:4). This correlates fasting with the recognition of dependency on God.

Within the tradition of Judaism, fasting is closely connected to atonement. One of the greatest fast days for Jews is Yom Kippur, the Day of Atonement. Fasting, then, becomes a tool for repentance, for bringing one closer to God and asking for His forgiveness by ignoring human desires in this world.

In this way, fasting is prevalent in all three of the Abrahamic faiths, and in each, fasting is about focusing on the spiritual. In the Buddhist Tradition, fasting is a part of following the Middle Way, of maintaining a healthy lifestyle that does not stray from living in moderation. It becomes clear, then, that fasting is a part of many different lifestyles. Something that is such an important part of all these faiths must be important for a reason.

I believe it lies in the fact that fasting is a significant part of maintaining a healthy life in all aspects, spiritual, physical, mental, etc. Spiritually, fasting brings one closer to God and gives one the opportunity to focus on himself and his relationship with the Creator. Physically, it helps one lose weight and is correlated with a decreased risk of infections and other diseases. And mentally, the body copes with fasting by “releasing massive amounts of catecholamines,” and the body responds to this stress with a burst of chemicals that cause one to feel good.

In the end, fasting is more than a strange act of worship that a few people engage in. It is a practice that has been around for centuries, one that billions of people use for a plethora of reasons to maintain a healthy and happy life.

Fasting, the Key To Power