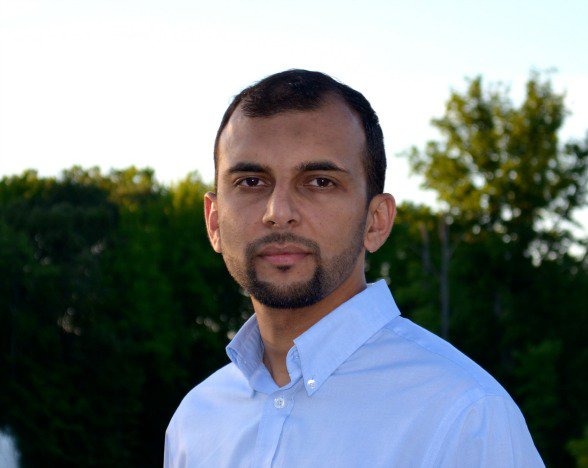 Have you ever been in a friendly debate with someone over differing beliefs?  Whether it be political, religious, economic or sport related, our beliefs are a culmination of our personal experiences and journey through life. Though our beliefs can also be based on family traditions and can change throughout our lifetime, those things that we discover on our own, that satisfy our very own conscience, seem to ‘stick’ and make up the fabric of who we are and the values we stand for.

Imagine for a moment that there is no debate about your beliefs.

So wrong, that they make you, as the believer, worthy of death.

In The Wrong Kind of Muslim: An Untold Story of Persecution and Perseverance, by author Qasim Rashid unveils a disturbing story in a series of real-life accounts of religious intolerance supported and encouraged through blasphemy laws made legal in Pakistan.

In a unique, dialogue-centric writing style that reads like a novel, Rashid takes the reader through his visit to his birthplace, Pakistan. Being all-American, however, Rashid sticks out like a sore thumb. In his western clothing, accent, and mannerisms, he at times gets himself into pickles,  not realizing how his actions are perceived among the locals.  He journeys to towns and villages off the beaten path to uncover shocking truths, each one compelling him to pursue the reality of his minority heritage as an Ahmadi Muslim, as well as to explore the reality for Ahmadi Muslims today in the future.

Rashid states, “It is for this belief in the Messiah, Ahmad- and this belief alone-  that Ahmadi Muslims suffer untold persecution in Pakistan.”

The author reflects on his childhood growing up in the United States, and being bullied for being Muslim.  He shares his personal journey of being challenged by a Christian co-worker to prove that his belief was right and Rashid’s was wrong; and of a father who forced him to find his own voice and beliefs through his own search.  This theme is woven throughout the entire book as the reader is provided with graphic horror of a society on the other side of the world where one’s personal belief is not at all sacred and very much despised. Where one’s belief leaves him a target of bigotry, persecution and unspeakable bloodshed and sorrow by terrorist groups that the local police turn a blind eye to.

The author taunts the reader with the question, “Why?”  Why didn’t those persecuted simply hide their beliefs to make their lives safe and free from threat?  It seems a simple enough idea, perhaps a bright solution- but as you turn the pages of The Wrong Kind of Muslim, you begin to question the sanctity of your own beliefs and wonder how much you would be willing to deny in exchange for a life of safety and of fabricated respect.

This book documents unprovoked attacks on citizens and worshippers as they pray in the mosque and the sentiments of those who survived to tell.

The Wrong Kind of Muslim may speak about a minority community in Pakistan, but it is about all of us in this world.  It is about freedom of conscience, freedom of thought and the inalienable rights every human being has on this planet to make their own spiritual decisions about their lives and the world in which we live.  If you agree to believe or not believe something under threat of death, is the belief valid or productive for the planet that we share?  Can societies that do not value and protect freedom of religion prosper?

The Wrong Kind of Muslim is a must-read for any person who values their ability to think freely.  It is also the authors “jihad of the pen” leaving all who understand what is at stake and who care to make a difference- with action items that are explained in detail on the author’s website:  such as supporting the Tahir Heart Institute which manage volunteers of all skills and trades to serve the oppressed, and also educating others about the situation in Pakistan that persists due to blasphemy laws that essentially protect and encourage bigotry.

So you’ve debated your beliefs in the past, perhaps with friends and acquaintances?  What was the result?  When the arguments escalated a bit too much, did you get blocked from a friend’s Facebook or moved to the B list for social invitations?

What if your sacred beliefs could result in your violent death?  Would you risk life and limb for your beliefs?

The Wrong Kind of Muslim shines a light on an on-going and shocking dilemma in Pakistan and at the same time, challenges readers in an eloquent, heart-wrenching and provocative way-to quantify the sanctity of their own convictions.

The Wrong Kind of Muslim can be found for purchase on Amazon.

Author Qasim Rashid on his book, “The Wrong Kind of Muslim”