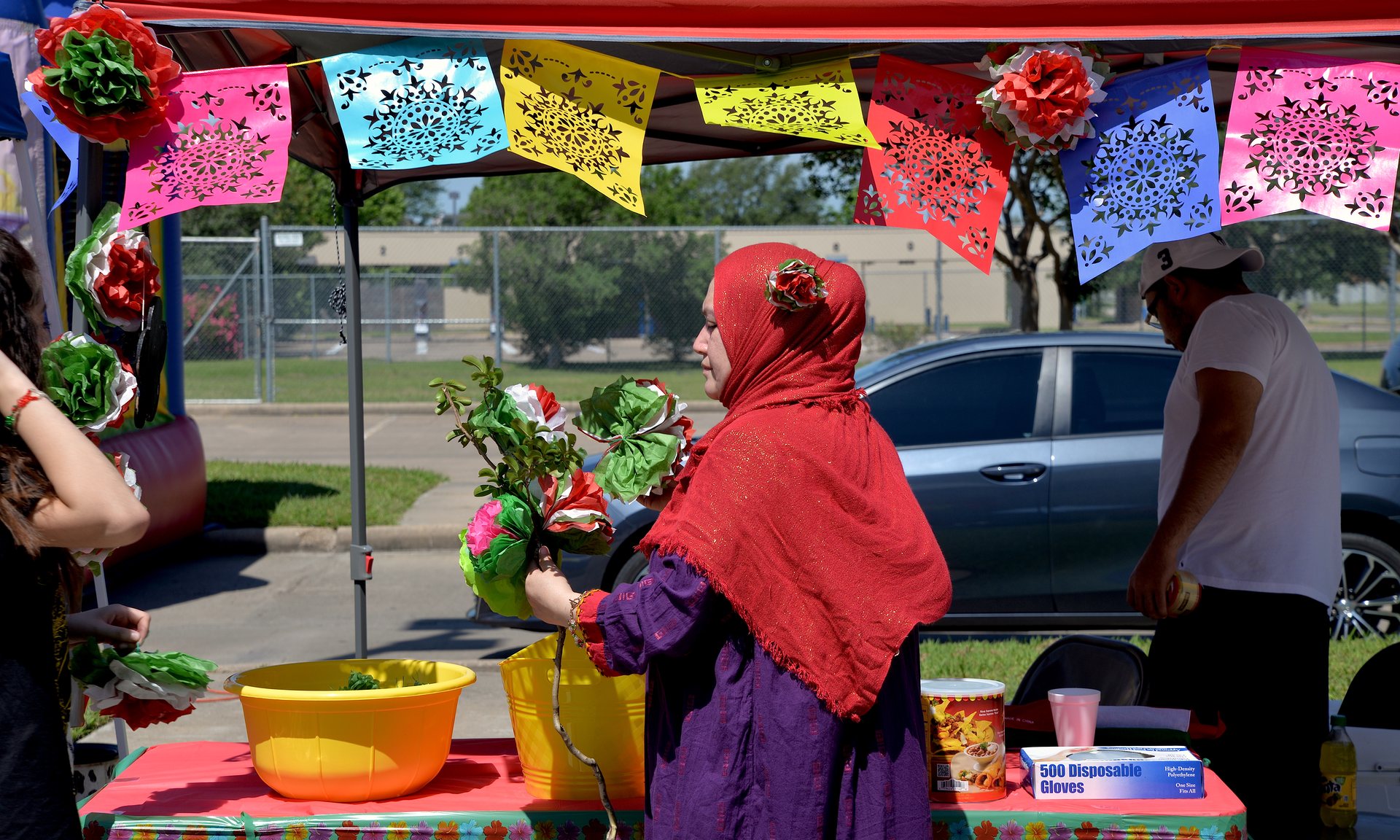 Diana Cruz’s mother is Catholic, her father is Mormon, and she is Muslim.

Hearing her speak about the diversity of religious identities within her Puerto Rican and Mexican family makes it clear why she became the Director of Latino Outreach at the Institute of Islamic Information and Education (IIIE). Her story of being brought up within mixed identities harkens to the founding of IIIE in 1985 by the parents of Omar Ali who currently maintains the organization – his father Indian and his mother German and Swedish.

Cruz’s diversity represents a larger trend within the conversion of Latinos to Islam.  Based on observation within mosques, IIIE has noticed that Latinos with mixed race identities are less likely to have strong cultural ties to one particular religious affiliation.

Islam is a little known religion to Latinos, considering 83% of Hispanics identify as Catholic or Christian.

Cruz’s has succeeded at IIIE in reaching out to Latino Muslims. At an event that she and Ali coordinated entitled “Islamic Values in the Heart of Latino Culture” Wesley AbdulRazaq Lebron was brought in to give a lecture in Spanish. During the event two people converted to the faith.

Though he was raised Pentecostal, Lebron found himself turning to Islam as an escape from life within a gang called Zulu Nation. He and his brother, both foster children, found themselves at gang meetings in Harlem. “It was at one of these meeting that he reunited with an old gang leader who had become Muslim in prison and came to one of the meetings to tell the people about Islam.” He said.

Lebron is now president of Latino Muslims of Chicago. His mission is communicating the draw to Islam that many Latinos feel. While they are accepting Islam and the new structure that it gives to their life, they are also keeping many of their old values.

For one, the meaning and role of family remains the same; the family is respected and is held onto for support. Lebron affirmed, “The family takes center stage in the social structure. It acts as a source of support and advice and, therefore, great loyalty is shown to families.” Within that social structure the importance of the elderly gives them higher status within the culture. For Puerto Ricans particularly, “Grandparents usually live with their children and may participate in community activities for the elderly.”

That support structure also extends to guests in the form of hospitality, which draws people to Islam because of how respected they feel amongst Muslims. A similar form of hospitality is found in El Salvadorian culture, “It is rude to leave immediately after eating; you are expected to stay for at least an hour after dinner to converse with your hosts and the other guests.”

Most importantly, the love for Jesus remains central for Latino converts. For Latino Muslims, however, Jesus is not the son of God but a messenger from God.

The role of Jesus in Islam and Latin Culture

According to Lebron, Latinos often struggle with the concept of Jesus as the son of God and find in Islam an explanation that makes more sense to them. For Muslims, the behavior of Jesus during the crucifixion in the Christian version of Jesus’s life reveals that he was not the son of God, “He had no power to save himself which proved that he was solely a messenger of God and not God himself, since God is Capable of doing all things.  He could only turn to the one who could truly answer his prayers and that was God All Mighty”.

Though Jesus has a different place within Islam other portions of the faith feel familiar for Latinos. One example is the greeting, “Peace be with you”, found within John 20:19 which is also found within Islam in the form of “As’salaamu Alaikum” said by the Prophet Muhammad.  Furthermore, In Islam, Jesus is still believed to have performed miracles and to have been born of a virgin, thus Christian converts can still retain their beliefs after conversion.

Within those strong cultural ties are also strong beliefs in the separate roles of a man and a woman. This explains why conversion experiences are often different for Latino males and females coming to Islam.

For Latino males, the draw to Islam can vary depending on age. As Ali observed, “I have seen quite a few very young Latino males, early 20s or late teens, and Orthodox mainstream Islam – which is very family centric, you know…contains humility that doesn’t resonate with them as much as some of the more radical side of it because that really boasts that ego and male militant desire of some young men.”

In addition, Ali has noted that males looking for macho culture often change their hearts as they grow older and look to outreach back to the youth. “There are some wonderful activists now who have gone through that stage that was kinda popular in the 80s through the mid-90s.”

Cruz says many Latino women turn to Islam because of the status it affords to them, a view that is commonly eschewed in the media. “Women have wealth in Islam. Of course, in the media you don’t hear this, but in our communities and what is taught in Islam is to respect women.”

For Cruz and many other women, Islam also allows for them to realize that they have certain rights that should always be fought for. “You know you want your rights. If you don’t want to work, don’t work. If you wanna work, work. Your money is your money. If you want to give it to your man, fine. If not, you don’t have to give it to him. It’s just so many things that Islam has put us on a pedestal.”

Though conversion experiences differ, and though learning about the similarities between Islam and Latin culture may be difficult, a common trend amongst Latino converts was that the conversions were triggered by a friend who was deeply respected.

Many find a family within Islam. As Lebron stated, “You end up in an enormous brotherhood/sisterhood with people who you may have never been friends with in your previous life prior to becoming a Muslim, just because of the two opposite ends of the spectrum that you both may have been in. But now that you are both Muslims, you are the greatest of friends and supporters of one another.”