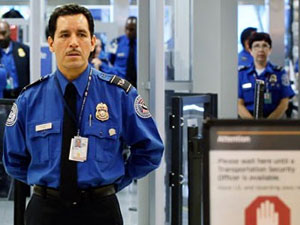 The Transportation Security Administration (TSA), infamous for their awkward airport patdowns and serving as a source of stress for travelers in the United States, has quietly started expanding their reach into other areas of domestic transportation.

Most notably, TSA’s Visible Intermodal Prevention and Response (VIPR) teams have been seen at Union Station in Washington D.C.  They have also been seen in other hubs of transportation, such as bus terminals, and allegedly  festivals and concert venues across the country. VIPR was created after the 2005 train bombings in Madrid with the goal to protect all forms of transportation across the nation.

VIPR generally works with local law enforcement efforts to regulate the safety of everyday Americans.  Most citizens understand and realize they are afforded a right against unreasonable search and seizure—a right that is guaranteed by the Fourth Amendment.  This requires police to have probable cause before they can stop you, meaning they must have a reason to believe that they will find evidence that you have committed a crime. Under the provisions of the USA PATRIOT act, however, which created the Department of Homeland Security (which houses the TSA), TSA agents do not need probable cause to search a person.  The law is very murky regarding what the TSA can and cannot do in terms of searches.

This, of course, leads to legal discrepancies when the TSA’s reachexpands beyond airports.  Once the TSA leaves the realm of airports and the ostensibly unconstitutional  laws of airport security procedures, it becomes unclear whether or not their Fourth Amendment privileges go with them.

In reality, it seems like the privilege does follow them.  Khaliah Barnes, law counsel at the Electronic Privacy Information Center in Washington, DC, told the New York Times “The problem with TSA stopping and searching people in public places outside the airport is that there are no legal standards or probable cause. […] It’s something that is easily abused because the reason that they are conducting the stops is shrouded in secrecy.”

The news about the TSA expanding their searches outside of airports rides on the coattails of another story about the TSA’s rapidly-rising misconduct.  Between 2010 and 2012, the TSA has seen a 26% increase of misconduct by TSA employees.  This misconduct involves a range of activities including inappropriate comments or abusive behavior, sleeping on the job, or giving perks to family and friends.  It is important to remember that this number only represents incidences that are reported by supervisors or passengers.

It is very likely these abuses will continue in the public sphere as well.  It’s not a secret that racial profiling has been a constant issue for airport security.  These fears may become a reality when TSA officers or members of the VIPR team become an established presence in major public transportation hubs. As of late, these teams have been seen accompanying other members of law enforcement.  For example, Amtrak has its own police department—dedicated to protecting “America’s Railroad.”  These officers are subjected to the same Search and Seizure requirements law enforcement officials are subjected to: probable cause.  When paired with members of the VIPR team, however, Amtrak police may not need to satisfy the Fourth Amendment requirements.

Hopefully, the new ruling about the New York Police Department’s “stop and frisk” program will help shed light on the current situation and curb the ability of TSA agents to stop whoever they want at whim.  Although this program dealt with racial profiling on New York streets, it could have implications within the world of law enforcement for agencies to rethink their current policies about potentially inflammatory search procedures.  This is especially true for members of the Muslim community who have been subjected to “random” searches nearly every time they go through security at airports.

The most confounding aspect of the TSA’s broadening reach into other modes of transportation security is that it is unclear whether or not VIPR has been successful at foiling a terrorist plot or other threats to national security.  Since this information is not publicly shared, no one knows whether the $100 million budget VIPR requires is an efficient use of taxpayer money.

It is unlikely we will see a change in airport security procedures in relation to TSA policies.  However, once the TSA and their exemption to the Fourth Amendment travel outside the parameters of airports and borders, the implications could be threatening to the fundamental rights of those in the United States.  Hopefully, the introduction of these teams to other public spaces will spark open debate about the current abilities of officers to stop travelers and subject them to awkward and embarrassing searches.