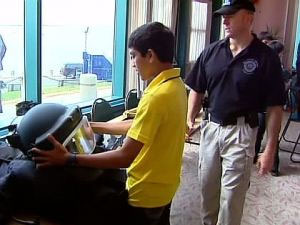 The dialogue between Muslims in America is dominated by the poor relationships between Muslim communities and law enforcement and domestic security agencies, characterized by a deep feeling of mistrust and scrutiny on both sides.

It is the responsibility of Western societies—Muslims included—to lay the foundations for the social infrastructure needed to assure a higher degree of social cohesion between Muslims and mainstream non-Muslim society. Muslims tend to recognize this need and attempt to address it in the interest of the community.

In spite of numerous violent reprisals against innocent Muslims and closures of local mosques after the Boston Bombings, Muslims frequently cooperate with law enforcement, and Muslim Public Affairs Council (MPAC) boasts that two out of every five Al-Qaeda plots against the US were thwarted by Muslim communities cooperating with law enforcement.

Law enforcement agencies on the other hand have been inconsistent with their willingness to adapt their strategies to better protect and serve the Muslim communities under their jurisdiction. There are numerous procedural roadblocks preventing community engagement with Muslims, and these procedural impediments need be reformed if any significant community engagement is to take place. Outreach to Muslim communities must begin on the side of law enforcement.

Nowhere is this more relevant than in New York City, the epicenter of the War on Terror. Since 9/11, law enforcement agencies have been focused primarily on preventing terrorism by hampering the processes of radicalization that leads to domestic terrorist attacks.

This key shift in federal and local procedure, spearheaded by the NYPD, is responsible for the massive increase in surveillance and harassment of Muslim communities, which have created a rift between them and law enforcement. The NYPD has classified entire mosques as terrorist organizations and has increased its use of informants within those mosques to the point that it now has more Arabic speaking officers than does the FBI.

It is ironic, and yet unsurprisingly apparent, that when trying to prevent ideological trends within a community through these blatant invasions of privacy, ideologies espousing distrust of the government become strengthened and grown, creating a feedback loop which threatens Western societies more than the Muslim communities themselves.

Increased digital surveillance of New York area Muslims, the planting of informants within mosques, and the undercover campaign to radicalize and subsequently arrest (i.e., entrap) Muslim youth are all tactics which federal and local law enforcement employ in their ideological war against “radical Islam.” According to Professor David A. Harris of the Pittsburgh University School of Law, “[G4] Generally speaking, the Fourth Amendment does not restrain police when they use informants; other methods of restraint, such as the defense of entrapment and civil litigation, have also proven ineffective”, effectively giving police and federal agencies the freedom to engage in these policies while leaving Muslim communities little legal recourse. The case of Tarek Mehanna serves a key example of ideological crucifixions meant to cast a shadow of paranoia over American Muslims and punish them for “thought crimes.”

If federal and local institutions are to count on the support of the Muslim communities, which they seem to depend on, they must interact with Muslims as fellow citizens and not as a collective of potential suspects. The clearest path for law enforcement to reconcile and connect with Muslim communities in the West seems to be twofold—they must ease on the disproportionately heavy-handed surveillance and harassment of Muslim communities while also reaching out and engaging those communities.

Little by little, law enforcement institutions have been realizing this and have begun taking measures to increase social cohesion between Muslims and the agencies responsible for protecting them. Paving the way in the US is the Los Angeles Police Department (LAPD). The nation’s second largest municipal police force has been actively engaging the Muslim community of Southern California and other local law enforcement agencies since 2005, when it coordinated with over a dozen Muslim organizations to create the Muslim American Homeland Security Congress, a non-political, non-profit, non-governmental organization specifically meant to “foster education and understanding between the Muslim Community and the Sheriff’s Department to protect and defend the United States of America and to prevent terrorism and any acts of prejudice.”

Since then, the LAPD has also established a Muslim Community Outreach Program with a fulltime Muslim sergeant and a Muslim Community Affairs Unit.  They also created programs for Muslim youth to learn about law enforcement and for law enforcement officials to learn about Islam. Their outreach efforts have been largely successful, and the LAPD claims that

While the LAPD’s outreach program represents a significant example for other law enforcement agencies, it is an example that needs be made into a standard, mainstream policy.

The efforts of the LAPD are often dampened by the FBI’s continued surveillance and suspicion applied to the Muslim communities of Southern California. One such case was when the FBI sent an informant to a mosque in Irvine who was given a restraining order and reported to the FBI by the Muslim congregation. This represents a serious gap between the willingness of Muslims to cooperate with law enforcement, and the willingness of law enforcement to ease up on its scrutiny of Muslim communities. If any feasible long-term outreach policy is to be implemented, it need be enacted at a federal level but be implemented consistently at a local level. Local law enforcement is far more capable of building bridges with the communities they serve and have a natural investment which is lacking in federal agencies.

Muslims have proven to be more than willing to cooperate with law enforcement, even as law enforcement continuously uses legally questionable tactics in their dealings with Muslim communities.

There is a deep-seated threat to the US in that law enforcement is dependent upon the Muslim community to prevent homegrown terror yet it continues to take actions in pursuit of those threats that marginalize the community and create rifts in which the process of radicalization is likely to flourish.

Law enforcement must undergo major reform; it is far preferable that this reform come as part of a bilateral process between officers and citizens before these problems reach a critical mass.