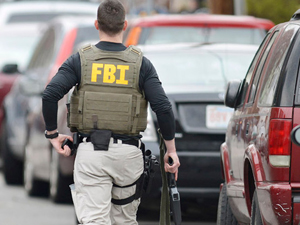 What has shocked the international community most about this year’s Snowden scandal was the disproportionate apathy that was seemingly displayed by the American public. While there were protests in Hong Kong and Berlin, there was no significant public mobilization of proportional scale within the United States. There were feeble attempts to “Restore the Fourth,” but such demonstrations largely failed to translate into mainstream action. Perhaps the American public is weary from 12 years under the Patriot Act, or that they generally believe that they will be overlooked by the NSA’s peeping eyes as they have “nothing to hide.” What is groundbreaking about Snowden’s leaks was not necessarily revealing the capabilities of the American intelligence communities, but by exposing just how unexcused ordinary American citizens were from its reach.

Yet the controversy surrounding the widespread usage of US federal surveillance on American citizens, which had made headlines throughout the summer, has taken a backseat recently to a different question regarding the exercise of executive power without oversight – the possibility of a military strike on Syria. While at first glance, one might see the Syrian issue as being a distraction from the near nonstop coverage of Edward Snowden’s world tour, the two issues are not as divorced as they may seem – especially for Syrian Americans.

Amidst the escalation and buildup leading to the current political stalemate revolving around the chemical disarmament of the Syrian military, it would seem that the US government is not so quick to forget the war back home. While President Obama was waiting on Congress to endorse his plan to conduct airstrikes, the FBI was sending classified bulletins to both law enforcement agencies, as well as private corporations warning them of possible reprisals against American targets, particularly in the form of terrorist attacks.

In response, the FBI has begun increasing its surveillance on Syrian Americans, ostensibly utilizing the avenues afforded to them by the various federal programs which have been under such strict scrutiny this year. While Syrian Americans may already be used to having their phones wiretapped and their emails screened, the FBI has also announced that they will be conducting interviews with hundreds of them in order to assess the risk of a homegrown terror threat.

This tactic of sending federal agents into expatriate communities has been used by the post-Patriot Act FBI before, such as was the case in 2011 when the government interviewed over 800 Libyans prior to enforcing a no-fly zone over Libyan airspace in order to assess the possibility of Gadhafi sponsoring a terror attack similar to the Lockerbie Bombing. CAIR had released a statement reminding the Libyan community of their civil liberties but also encouraging cooperation with the FBI, saying “American Muslims strongly support law enforcement and the protection of our national security.”

As receptive as American Muslims may be to such actions, they nonetheless represent a threat to the fabrics of these Arab minority communities and hamper any sort of greater integration and cooperation with the greater project of maintaining American homeland security. Not only do they generate increased distrust of federal institutions amongst these communities and foster a sense of alienation, but they are not particularly effective. FBI officials maintained that “Syrians implicated in continuing investigations will be put under even closer scrutiny”, though it is not guaranteed that such measures will accomplish much in the way of preventing reprisals from Syrian regime loyalists. According to James W. McJunkin, formerly a top FBI counter-terrorism official, after the Bureau sent agents throughout the Iraqi expatriate community in 2003 prior to the invasion of Iraq, “We didn’t think the return on investment was especially high given the time and resources required to contact that many people.” If anything is to be learned from the bombings in Boston earlier this year, it is that increased government surveillance, not only of communities but of specific individuals, does not necessarily equate to preventing domestic terrorism – by the FBI’s own admission.

Yet these measures are also meant to target the growing nuisance of the Syrian Electronic Army, an organization of Syrian loyalist hackers whose cyberattacks on such companies such as the New York Times, the Associated Press, The Onion, US Marine Corps, and numerous others have attracted the ire of the FBI, who has placed them on a wanted list and issued formal warnings about them.

Though the FBI’s statements thus far have been geared toward preventing reprisals against America from Syrian loyalists, its actions speak to how little the Bureau discriminates between Syrian Americans in their campaign to wrap their tendrils around the community – numerous Syrian Americans with no ties to the Assad regime have been harassed and entrapped by the FBI in the past two years. There are the cases of Abdella Tounisi (who was arrested after attempting to travel to Syria to fight against the government after being solicited by undercover FBI agents) and Khaled Shafeh (who was interrogated along with his family by US SOCOM officers after returning from a humanitarian trip to northern Syria). CAIR spokesman Hassan Shibly issued a statement on Shafeh’s behalf claiming, “We’ve seen a pattern of the government simply focusing and questioning individuals on their background, their color, or their religion and we believe that un-American and unacceptable.”

For over 30 years, Syrians have lived under a regime which boasts an extremely repressive and invasive military intelligence agency under which they were afraid to speak dissident words even in their own houses. As the Syrians continue their increasingly bloody fight for a life without the creeping shadow of a government that spies so intrusively that neighbors dare not speak of their situation for fear of informants, Damascus continues its own spying of the Syrian expatriate community in the United States, utilizing information fed to them by informants within the Syrian community as well as digital records illegally retrieved by both Syrian military intelligence, as well as the Syrian Electronic Army. For the United States to engage in a comprehensive violation of privacy by conducting comprehensive and targeted data surveillance and FBI infiltration of Syrian communities seems like a spit in the face of the American dream that keeps being advertised to Muslims living here.

If the United States is truly interested in preventing domestic attacks by members of expatriate communities, it is necessary that they build a relationship of trust with these communities. The United States claims its agenda to be the removal of President Assad and has already taking steps towards that effort, such as providing material aid to rebel forces within Syria. However, any future US involvement would be unlikely to succeed in the long term without the cooperation of the Syrian expatriate opposition, which has been mobilizing for over two years to gather support from within the US government. These efforts will be all wasted if Syrian Americans do not believe that they are trusted by the government and that the United States will treat regime loyalists and opposition expatriates with the same scrutiny and suspicion. Thus, any future American involvement within Syria will be continuously seen not as an action representing the interests of Syrians both within and without Syria, but as a neo-imperialist agenda being pressed on while Syrians here are kept in check, regardless of which flag they wave.

“…Oh my Lord, the Sultan!
My cloak has been torn by your ravenous dogs
Your spies are following me all the time
Their eyes
Their noses
Their feet are chasing me
Like destiny, like fate.”
~Nizar Qabbani