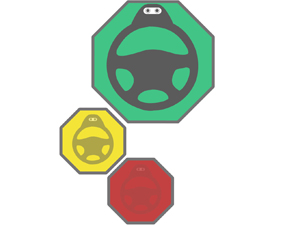 The other week, an interview published on the Saudi website sabq.org was picked up by numerous Western new sites and reignited interest in the country’s ban on female drivers.

The article in question interviewed Sheikh Saleh bin Saad al-Lohaidan, a judicial advisor in an association of Gulf Psychologists. The psychologist stated that women shouldn’t drive since it poses a risk to women’s reproductive health.

“If a woman drives a car…[it] could have negative physiological impacts… physiological medical studies show that it automatically affects the ovaries and pushes the pelvis upwards. That is why we find those who regularly drive have children with clinical problems of varying degrees,” said al-Lohaidan.

Many news sites mistakenly attributed the man’s statements to another Saleh bin al-Lohaidan, this one a member of the Senior Council of Scholars. At the time of writing, Reuters has been one of the few news organizations to redact this error.

The pseudo-scientific comments have not only drawn criticism from the West but from Saudi nationals as well. Many Saudis have taken to social media to openly mock the statements which have no real scientific merit.

The ban on women drivers in Saudi Arabia is not new. On the contrary, it is a story reported over and over again in Western media. However, few of these reports add any context to the story or offer an in-depth explanation as to why such a ban exists or how it originated.

Surprisingly, there exists no Saudi law that explicitly bans women from driving. In an interview on BBC’s Hardtalk, Saudi filmmaker Haiffa al-Mansour says that much of Saudi Arabia is governed by a series of social codes and customs.

The origins of the driving ban can be traced back to the early 90s when a fatwa was introduced. In 1991, Grand Mufti Abd al-Azis bin Baz formed the basis of an unofficial ban on women drivers.

According to the fatwa, women driving alone “…entails unlawful Khulwah (being alone with a member of the opposite sex), unveiling the face, careless and free intermixing (of men and women), and committing adultery which is the main reason for the prohibition of these practices…”

Although not an official law, a fatwa is often respected as a legally approved law. Since 1991, women have not been issued drivers licenses in the Kingdom.

Ironically, most Saudi women today get around with the help of hired drivers who are male and are not blood related. One would think that this would set off an alarm amongst conservatives yet the practice goes unquestioned producing a strange double standard that critics of the ban are quick to point out.

The ban has not gone unquestioned by Saudi women, and many have outright challenged it on numerous occasions. A couple of years ago, Naija Hariri decided to drive her children to school when the family’s driver did not show up. She continued to do so until she was arrested.

With her husband present, Hariri was forced to sign a pledge saying she wouldn’t drive again.

“What is more upsetting to me than having to sign the pledge is that my ‘guardian’ was summoned,” she said. “I reject the whole idea of his being my ‘guardian’ because I’m a 47-year-old woman, I should be my own guardian,” said Hariri.

Since the controversial statements of al-Lohaidan, a grass roots movement has formed and created an online petition at www.oct26driving.com calling for women to drive on October 26.

“The October 26th movement is a grass-root campaign by the women and men of Saudi Arabia,” says the page that was recently blocked by Saudi internet service providers.

“Its aim is to revive the demand to lift the ban on women driving. The campaign has no anti-Islamic or political agenda for neither Islam nor the official laws of Saudi prohibit women from driving. Islam and the Basic Law of Saudi Arabia both ensure that all, regardless of gender, have the right to freedom of movement. King Abdullah has also stated that the ban is only societal. Hence this campaign was started to urge the government to issue an official decree lifting the ban.”