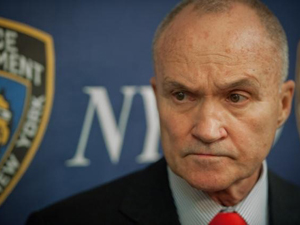 The Associated Press (AP) reported that the New York Police Department (NYPD) labeled entire mosques and Muslim organizations as “terrorism enterprises” in order to justify spying on imams, congregants, and ordinary Muslim civilians as a part of the NYPD’s Muslim surveillance program, signifying law enforcement’s inability to protect the constitutional and civil rights of its citizens.

Once more, the NYPD has labeled an entire community as terrorists based solely on their religious beliefs, despite a lack of reasonable doubt or suspicious wrongdoing. “Terrorism enterprise investigations” (TEIs) allow the NYPD “to monitor political or religious speech whenever the ‘facts or circumstances reasonably indicate’ that groups of two or more people were involved in plotting terrorism or violent crime,” essentially legalizing the surveillance of any person who attends religious prayers or events and thus evading the First Amendment.

Once more, the NYPD has labeled an entire community as terrorists based solely on their religious beliefs, despite a lack of reasonable doubt or suspicious wrongdoing. “Terrorism enterprise investigations” (TEIs) allow the NYPD “to monitor political or religious speech whenever the ‘facts or circumstances reasonably indicate’ that groups of two or more people were involved in plotting terrorism or violent crime,” essentially legalizing the surveillance of any person who attends religious prayers or events and thus evading the First Amendment.

The NYPD has opened at least a dozen TEIs in an attempt to justify its controversial spying on the Muslim community and has since sought out new ways of spying on Muslim New Yorkers beyond the monitoring of surveillance cameras in mosques, businesses, and other places in which Muslims frequent. The Department has also attempted to implant informants on the boards of at least a dozen mosques and Islamic organizations in order to infiltrate and further investigate Islamic institutions.

Among those institutions includes the Arab American Association of New York (AAANY), a secular service organization headed by Linda Sarsour. The AAANY, located in Bay Ridge, Brooklyn, provides social services to thousands of Muslim and Arab immigrants, empowering them and encouraging them to become active civic participants in the State.

In an article written for MSNBC, Sarsour, a native New Yorker, speaks on AAANY being listed on the NYPD’s terrorism enterprise list: “While this news about NYPD spying was nothing new to me –it’s an issue I have been working on for the last few years—this time it was different. This time I felt hurt. I felt broken. When I saw AAANY’s name on that document, it became even more personal.”

Sarsour, like many other Muslim leaders and advocates, has been essential in reestablishing trust between the Muslim community and law enforcement. Further incriminating and criminalizing an entire group based on their religious beliefs seeks to destroy the already fragile relationship between the Islamic community and law enforcement, undermining and destabilizing existing efforts attempting the contrary.

Ahmad Jaber, President of the Arab American Association of New York, resigned from the NYPD’s Muslim Advisory Council after learning of the NYPD’s latest surveillance tactics. Jaber had been appointed to the Council by Commissioner Raymond Kelly and has done much work in building a relationship between the Muslim community and the NYPD. After hearing of the AP’s report, Jaber felt betrayed, describing the latest discovery as “the last straw.”

The American Civil Liberties Union (ACLU), along with the New York Civil Liberties Union and the CLEAR Project at CUNY Law School, filed a lawsuit against the NYPD. The ACLU, representing Muslim plaintiffs, argues that the NYPD’s biased surveillance tactics, spying on their day to day lives without reasonable doubt of suspicious wrongdoing or criminal intentions, are a violation of their constitutional rights.

Commissioner Raymond Kelly, the 37th Commissioner of the NYC Police Department, has consistently denied accusations that the NYPD has acted or continues to act in a way that is unconstitutional or prejudiced against any group. “We follow leads wherever they take us,” he said. “We’re not intimidated as to wherever that lead takes us. And we’re doing that to protect the people of New York City.” Kelly has also stated that intelligence and surveillance began shortly after the attacks of 9/11.

During a time in which the country is struggling to identify itself, it is essential that all Americans continue to be united. The NYPD has consistently failed its citizens by acting in a manner that is contrary to American belief in freedom and democracy. NYPD’s discriminatory surveillance tactics continue to create unwarranted fear and paranoia of the American Muslim community, perpetuating anger and hate.  The new administration must make serious and substantial efforts to strengthen the relationship between law enforcement and the Islamic community. Through increased transparency of NYPD activity, Muslims and non-Muslims alike will be protected in a manner that reflects American beliefs of democracy, liberty, and freedom.