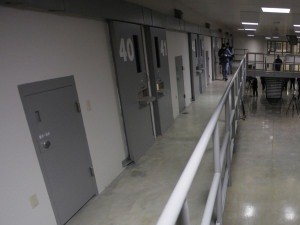 Fyodor Doestovsky, an internationally renowned novelist and philosopher from the 19th century, infamously asserted, “the degree of civilization in a society can be judged by entering its prisons.” This quote urges us to reconsider how we handle ‘outcasts’ and ‘deviants’ in a supposedly enlightened era by evaluating our prison system with special consideration to the treatment of our incarcerated youth and the practice of solitary confinement.

It is unnatural for humans to live in isolation and in confined spaces with restricted access to normal mobility, yet the NYC Department of Corrections reported that the typical median period of punitive solitary confinement would be 29 days. The UN Special Rapporteur on torture or other punishments has concluded that even 15 days in solitary confinement is sufficient to constitute torture. Additionally, 15 days is also the limit after which the psychological effects can be deemed irreversible. Renowned Harvard psychiatrist, Dr. Stuart Grassian who is an expert on the psychological impact of control units stated that solitary confinement has been recognized by the courts as a very specific syndrome which can lead to ‘an agitated, hallucinatory, confusing psychotic state often involving random violence and self-mutilation, suicidal behavior.

A disturbing phenomenon in prisons around the United States is the incarceration of youth in supermax or adult prisons. A detailed study that included interviewing adolescents held in solitary confinement done jointly by ACLU and Human Rights Watch chronicles some of the most perverse effects of such punishment on youth and their future potential. From a psychological standpoint, many young interviewees spoke of coping with serious mental health problems during solitary confinement such as suicidal thoughts, hallucinations, depression, anxiety, disturbed sleep patterns and uncontrollable anger or rage. They tried coping with solitary by inventing make-believe friends and a language to speak with themselves. Some youth have reported to physical harm and cutting as a way to cope with the loss of their former life, or to grab the attention of prison officials. This, a psychologist in the study, said, is a result of the lack of human interaction.

From a physical standpoint, the Center for Disease Control and the US Department of Health and Human Services strongly recommend about an hour of physical activity for youth between the ages of six and seventeen including aerobic activity and muscle strengthening exercises. This is usually denied to prisoners in solitary confinement either through state policy or through unreasonable times allotted for exercise. Youths often require additional nutrients in their diet for healthy growth, but the lack of an adequate food supply provided in solitary lead to, severe weight loss and stunted physical growth.

Youth in solitary confinement are also often limited in communication with family members, which is a sobering thought for anyone. Per the ACLU-HRW study, some youth are completely barred from contact; some only allowed a visit behind a cage or prohibited from writing letters to loved ones. One of the goals of prison sentencing is the rehabilitation of youth along with retribution, which is ironic given the limitations. Only in a few states is education in jail provided through the school board, which is often regulated to a few hours per week or the provision of study packets. Furthermore, there are rarely any specialized programs focusing on the needs of prison youth as far as social rehabilitation goes, thus debilitating their ability to adjust to the outside world once out of prison.

Per HRW, there are few internal review systems in place that monitor decisions made to transfer into solitary and the length of time for which inmates are placed. Additionally, there is also almost no impartial and independent bodies of authority or administrative offices setup for the sole purpose of providing detainees with recourse against both unreasonable and unduly lengthy periods of solitary confinement. In Peoples v Fischer,the court found that if prison officials are on sufficient notice, their use of solitary is grossly disproportionate and thus a violation of the Eighth Amendment; of a prisoner’s right to be free from cruel and unusual punishment. This would in turn mean that prison officials would not be entitled to qualified immunity for their actions and decision-making.

From a legal standpoint, the US is a party to the International Covenant on Civil and Political Rights (ICCPR), whose article 10 requires the separation of child offenders from adults and appropriate treatment proportional to their age and legal status. Additionally, the US co-sponsored Article 14(4) that emphasizes positive steps taken during imprisonment focusing on rehab and reintegration. The issue of solitary confinement in the US hinges on the need for the legislative bodies to recognize that such punishment is not only cruel and unusual as under the Eighth Amendment, but also that the decision making apparatus for placing prisoners, young or old, in solitary is extremely vague and arbitrary. While the US has taken such measures to protect the rights of prisoners on an international level, there has yet to be such legislation enacted within our own prison system.