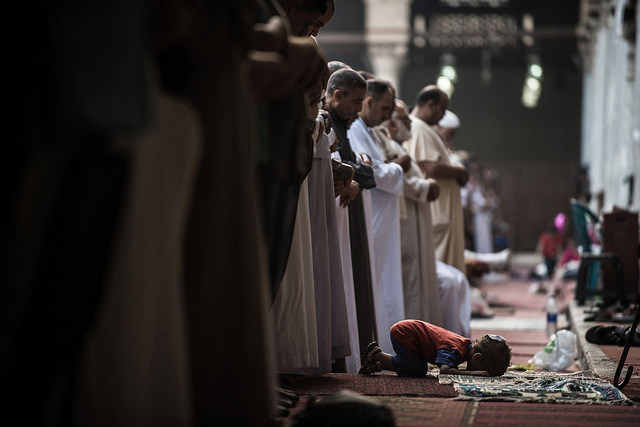 Moscow Mayor Sergei Sobyanin recently said he did not want any more mosques being built in his city, claiming it would attract more Muslims. Such open displays of Islamophobia have been echoed elsewhere in Russia and show a deep rooted problem in the city of Moscow, which currently has a Muslim population of two million residents.

While there are two million Muslim residents living in Moscow, there are up to two million more Muslim migrant workers, most of who immigrated from Soviet Central Asia. As of today, there are only four public mosques in Moscow. With this shortage, Muslims have to wait hours to enter a mosque. Currently, only one new mosque is under construction.

The mayor made his decision that he will not be issuing any more permits to build further mosques. Sobyanin said that these Muslims are from outside the city and “don’t have the right to be catered to” since they are not Russian citizens. However, he admits that the city’s economy would not be able to manage without these Muslim workers.

With 2 million legal Muslim residents in Moscow the four mosques cannot hold more than 10 thousand people, so new mosques are needed. This is a case of basic civil rights because it neglects these citizen religious needs. These Muslims need to be given the ability to practice their religion.

More than 10,000 Muslims pray outside the mosques on Muslim holidays which shows that more mosques are needed. Lack of room is problematic because Muslims need enough space to properly pray. Blocking permits under the grounds that more mosques will attract more Muslims into the country is an unjust assumption, which only shows what little respect Sobyanin has for Russian Muslims and their religious needs.

While Moscow has four mosques, Sochi does not have any. Those 20,000 Muslims living in Sochi are living in a city where there is no space to practice their religion. The nearest mosque is more than a two hour drive from downtown Sochi. A drive there and back would take approximately 5 hours.

The Muslims living in Sochi have been campaigning for a mosque since 1996. In 2009, the Russian Muftis Council asked the prime minister for support to build a mosque in Sochi. The prime minister, Smitry Medvedev agreed to collaborate but the project was never followed through. Talks are still ongoing to finally build a mosque in Sochi, but it is highly doubtful that any mosque projects will be approved given the current political climate. Many other mosque building projects have been approved but subsequently overturned due to protests.