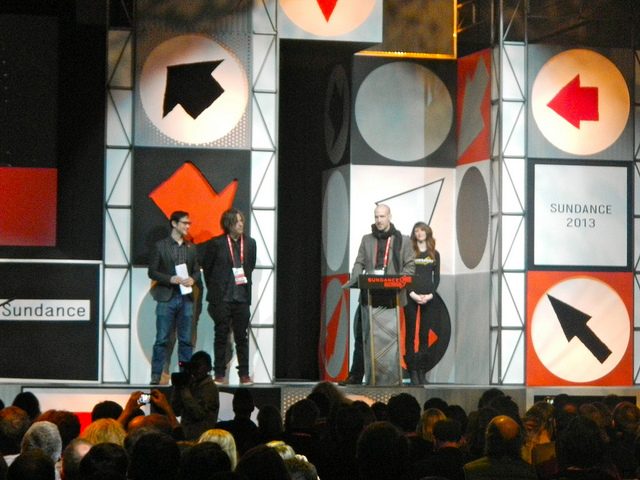 Jeremy Scahill’s Oscar nominated documentary “Dirty Wars,” began a discussion on covert operations that mainstream media failed to report. With Oscar night looming, critics have focused too much on the film’s aesthetics and skipped over the much deeper moral implications the film explores.


“Dirty Wars” is an apt title for this purportedly clean war.

The film itself, which has been called “the skunk at the Oscar party” aims to educate the general American public about hidden governmental agendas with heavy-handed artistic style. “Dirty Wars” unfortunately takes too many artistic liberties that hinder its timeliness in releasing these issues to the general public for scrutiny.

Last October, almost ten months after the release of the film, the family of a 67-year-old midwife spoke to Congressional lawmakers about her death, and the alleged CIA drone they hold responsible. This is the first time that civilian victims of an allegedly US-ordered drone strike were able to have their voices recognized by Congress.

An Amnesty International report, published around the same time, lists more than 900 civilian deaths directly resulting drone strikes. This number has continued to climb to unknown levels, and Amnesty International maintains that “the US may have committed war crimes and should stand trial for its actions.”

Director Richard Rowley and Scahill’s purpose was to uncover the involvement of the United States’ Joint Special Operations Command (J-SOC) in numerous raids in areas such as Gardez, Afghanistan, situated near Pakistan’s border. Their film opens the conversation on how covert wars have become the norm all over the world, as well as how President Obama’s administration in particular created “a systemized algorithm for determining who lives and dies around the world.”

Scahill focuses on one incident in Gardez by U.S. and Afghan forces, the Khataba raid. He spends the majority of the movie attempting to gain information on the raid, and U.S. forces repeatedly deny involvement. Survivors of the raid claimed “the Americans used knives to dig the bullets out of their bodies,” and that the Americans “had information that there were 50 taliban [there].” In a press release, General Chrystal’s forces and the International Security Assistance Force (ISAF), admitted they killed three innocent Afghan women, two of whom were pregnant.

With the constant unfolding of new information, we should use the film to question what similar unreported drone strikes may occur, as well as the emergence of other “dirty” tactics we may not yet anticipate. Conventional forces are subject to international laws of war: they are accountable for crimes in courts martial and have to follow a set chain of command. “Dirty Wars” exposes how terrifying it is when this new method of war is not privy to those standards and when similar events can occur without any recognition whatsoever.

The film was released roughly a year ago and the issues are just now gaining the Oscar attention they deserve, which highlights the importance of seeking new information. While Scahill was filming the documentary, events unfolded which cast his work into a whole different light. His primary investigation into the highly dangerous, expertly trained J-SOC was met with silence, yet during filming, J-SOC publically took credit for the the death of Osama bin Laden and J-SOC became a common household name. The death toll due to drones has not stagnated since the creation of the film; awareness among the general public is increasing, hopefully “Dirty Wars” has opened the door to further investigation.

Drone wars vs. video games: Are they one in the same?