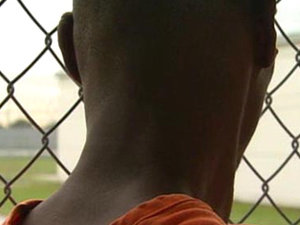 On January 30, the US Senate Judiciary Committee passed a bill titled, the Smarter Sentencing Act, allowing judges to sentence non-violent drug offenders to smaller terms. The bipartisan bill, which has also garnered support from ACLU and Families Against Mandatory Minimums, cuts in half previous sentencing guidelines, and gives hope that the arguably racist approach to the War on Drugs is waning.

The War on Drugs has been widely seen by a growing number of the populace as a very costly, ineffective and devastating incursion on civil liberties. The brunt of this war has been borne by minorities, especially low-income and African American communities debilitated by such sentencing and imprisonment. According to one set of stats from the Bureau of Justice, if current outrageous trends of incarceration continue, then a black male born today has a 32.2 percent chance of spending time in prison during his lifetime as compared to 17.2 percent for Hispanic males and 5.9 percent for white males. Despite the wide-held belief that incarceration rates always equal actual involvement in crime, Alfred Blumstein explains that there are notable studies showing such rates of proportionality are rapidly decreasing due to incarceration of drug offenders and because of racist court policies or previous criminal histories.

Higher incarceration of blacks in drug offenses is related to the concept of racial profiling. In states such as Florida or New Jersey, law enforcement are more likely to stop African Americans or other minority drivers for alleged traffic infractions which often lead to further searches of the vehicle that may reveal possession of drugs. A key statistic that bears noting is that African Americans represented 33.9 percent of drug arrests in 2005, which does not correspond with the 14 percent who are current drug users. This statistic leads strong credence to the fact that law enforcement disproportionately target minority communities, especially those in the low-income class whether it be through racial profiling or prosecution of the accused.

The Omnibus Anti-Drug Abuse Act of 1988 passed by congress criminalized even the simple possession of 5 grams or more of crack cocaine and imposed a mandatory minimum sentence of 5 years as opposed to the maximum penalty of one year for possession of any other form of cocaine or any other drug. As a result, African Americans are incarcerated for possessing crack cocaine on average for about 58.7 months, which nearly equals the 61.7 months that whites do on average for a violent offense. This is blatantly unfair given that the majority of those convicted for powder cocaine offenses are white.

Such disparity is equally true of death penalty cases, especially those which have garnered media coverage in Harris County, home of Houston, Texas. A report prepared by Professor Raymond Paternoster from the University of Maryland’s institute of criminal justice and criminology examined the case of Duane Buck, a black male on death row whose sentence is being reconsidered. Paternoster found that from the small pool of 20 cases most resembling Buck’s case, 7 out of the 10 African American men were sent by the District Attorney for capital trial as compared to just one out of the five white defendants similarly situated. In Harris County alone, African Americans represent exactly half of the prison population despite only being 19 percent of the total population in addition to comprising 68 percent of the last 34 executions.

The overly harsh drug sentences handed down before the advent of the Smarter Sentencing Act lead to a disproportionately disastrous targeting of minority communities, contributing to festering misconceptions and stereotypes. With shorter sentences for non-violent drug crimes, and the ability to lower existing terms in accordance with the new law, the Smarter Sentencing Act is solid step toward bridging the racial disparities in the War on Drugs.