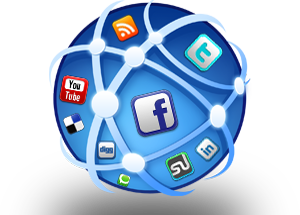 Scarlett Johansson quit her role as global ambassador at Oxfam, a humanitarian aid organization fighting world poverty and injustice, because of a three week campaign by activists protesting her multi-year deal as “global brand ambassador” for SodaStream. SodaStream is a target of the global boycott, divestment, and sanctions (BDS) movement because one of its primary manufacturing plants is in the illegal West Bank settlement of Ma’ale Adumim about 10 minutes from Jerusalem.

Why did an international celebrity feel compelled to drop being a spokesperson for an organization fighting world poverty and injustice for a consumer product company profiting from occupied Palestinian land? A well-organized, targeted social media campaign. From the first announcement of her SodaStream deal on January 10, activist groups in the U.S., including national groups like the US Campaign To End the Occupation and Code Pink to the local Chicago Soda Stream Boycott Campaign, began encouraging their supporters to post on Facebook, tweet, and distribute online petitions demanding Oxfam drop her as their spokesperson for supporting a company that violated Oxfam’s own values.

Quickly, multiple meme images were created showing Johansson sipping seductively on a straw in a SodaStream bottle with the a checkpoint, the Apartheid Wall, or Israeli soldiers harassing Palestinians in the background. These images were relentlessly tweeted with the hashtag #NoScarJo trending multiple times over the three week campaign. Thunderclap, an application that sends mass timed Facebook posts and tweets, had hundreds of posts and tweets sent out. As a result, the mass media could not ignore the story and it was picked up by outlets from the New York and LA Times to CNN and ABC News.

All of these outlets were publicizing SodaStream’s operation in an illegal settlement. Quickly, Johansson had to release a statement defending herself; Oxfam had to explain how they could possibly keep her as a spokesperson; and eventually she was forced to choose between her two global ambassador jobs.

There were two keys to success in this campaign. First, the rapid use of multiple social media outlets simultaneously with actions to take (sign a petition, tweet on a certain day, call and email Oxfam’s director) gave the campaign unstoppable momentum and impact. Secondly, choosing the most effective target and goal. There was little chance that pressure on Johansson herself to end her multi-year, multi-million dollar contract with SodaStream would have worked born out by her decision to stay with SodaStream and dump Oxfam. Pressuring Oxfam to drop her as a spokesperson because of SodaStream’s violation of Oxfam’s principles of supporting programs that fight poverty and hunger was a much better bet. This approach also highlighted Johansson’s questionable values of choosing money from a company who violates human rights instead of an organization fighting world poverty and injustice. Targeting Oxfam to drop Johansson as a spokesperson was not only an achievable goal, it was also a way of undermining Johansson’s value as a SodaStream global brand ambassador exposing her as a star with shallow values more interested in money than doing the right thing.

The Jewish National Fund (JNF) controls land and property belonging to Palestinians and reserves it for the exclusive use of Jews in present-day Israel and the occupied West Bank. This Israeli-government backed charity has been active for years in the US, holding fundraisers and presenting itself as an environmentally-friendly organization. An activist in a Palestine solidarity group in Chicago found a notice on the JNF Chicago website promoting a JNF event to be held at the Chicagoland Jewish High School on 19 January. Surprisingly, it was co-sponsored by the US Forest Service (part of the US Department of Agriculture) and promoted by the Chicago Botanic Garden (a public-private partnership between the Chicago Horticultural Society and the Forest Preserve District of Cook County).

Very quickly an ad-hoc coalition was formed of faith-based, Palestinian diaspora, and Palestine solidarity activists to start a campaign targeting the President and CEO of the Chicago Botanic Garden for them to end their participation in the JNF event. Within ten-days, starting with an email exchange with the Garden CEO and local political officials and ending with a Facebook and Twitter promoted email, call-in, and tweet day, the ad-hoc group was able to pressure the Garden to drop their active involvement in the event to a simple table with literature. They had planned to use the Garden trolley to transport people to and from the event. 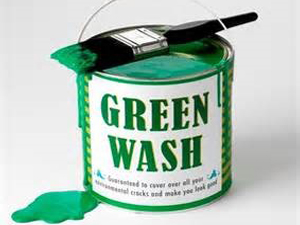 Similar to the tactics in the Johansson SodaStream campaign, the JNF was not targeted directly, but the Garden who promotes their “open to all citizens” policy and prides themselves as an environmentally friendly organization was. The Garden was helping the JNF “green wash” their image.

Both the Johansson SodaStream and the JNF Chicago campaigns are only some examples of the acceleration of BDS activity in the U.S.  In these cases, success was possible through concentrated use of all forms of social media with a consistent, actionable message over a short period of time directed at a vulnerable and practical target. These campaigns are able to quickly get the attention of the mass media and consequently educate the public about the goals and principles of the global BDS movement.