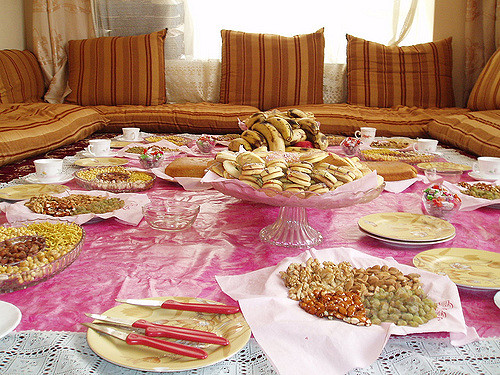 Lately, various petitions have been circulating around the country, calling on the Obama administration to recognize Muslim holidays within public schools. While the fact that Muslims are taking the initiative to have their voices heard is commendable, it’ll prove beneficial to discuss a few points:

1. The federal government does not monitor or regulate school closings and holidays. This task is appointed to a smaller system: local government, and more specifically, school boards. Even federal holidays are subject to the board’s discretion and are not imposed by the federal government. So a White House petition, though refreshingly ambitious, may be a bit too ambitious. An issue of this sort is much better taken care of by addressing one school at a time.

2. There are some things many of us may believe to be our rights as American citizens, such as the freedom to say how we feel, worship who we want, and be served equally by the judicial system regardless of where we come from. However, school holidays are not really a matter of civil rights. Making up less than 1% of the American population, Muslims should not be quick to label the lack of Eid recognition in the academic setting as an act of prejudice.

Here’s an example: In Pakistan, all schools observe Eid-ul-Adha, the celebration of Abraham’s sacrifice, and Eid-ul-Fitr, the celebration marking the end of the holy month of Ramadan. Being the second largest Muslim country in the world (Muslims make up a whopping 97% of the population), it would be questionable for schools to remain open on these two major Muslim holidays while remaining open on Christmas, a Christian holiday.

We are not being forced to choose between our religious and academic commitments, but, being one of the minorities in America, we most certainly have an underhand. Schools do not make these decisions based on its students’ imaan, or faith, but solely on their academic achievement. Depending on each region, holding classes on Eid may not disrupt the school day in the slightest regarding the number of absentees, while holding classes on Christmas would most likely leave schools in America barren.

The Solution? Let’s take a look…

Possibly unknown to many, there are a few school districts that do close in observance of Muslim holidays:

As you may notice, four of these six cities reside along the east coast (within the eastern-most states in the U.S.). The other two cities are in the Midwest.

When it comes to land, the Eastern States make up a mere 5% of the United States. Respectively–Midwest, 21%; South, 25%; and West, 49%. When we shift the lens towards the Muslim-American demographic, this is what we get:

As you can see, ≈30% of the Muslim-American populace lives on 5% of American land (in the East). It is no wonder as to why the majority of the schools that have adopted Muslim holidays in their calendars are located there. Similarly, Dearborn, Michigan, also known as “America’s Muslim Capital”, has been observing Muslim holidays in their school calendar for the past decade.

David Mustonen, the Director of Community and Public Relations in Dearborn, gladly walks me through the evolution.

“As the Muslim population increased in the Dearborn area, “ Mustonen tells me, “it became necessary to include Muslim holidays in the school calendar. We serve the community we are in.”

As many may already know, Islam follows the lunar calendar, therefore all holy days are determined based on the sighting of the moon. However, there is much conflict in regards to how the moon is sighted and how legitimate either technique is–with the naked eye or by use of calculations and technology. This is referred to as the “moon sighting controversy” and has become a source of debate within communal and academic conversations.

When asked how the Dearborn’s school district handles this conflict, Mustonen takes a moment to suppress his hearty laughter.  “There are four to five local mosques,” he joyfully explains, “and, depending on which imam you talk to, we try to find what appears to be the consensus. Sometimes even two days are taken off, in case of any discrepancies within the community.”
Just as boards of education should be, the school board in Dearborn was objectively focused on, as Mustonen says, “better serving the community.”

“This was the first year I’ve been approached by a parent as to why we take two Jewish days off and no Muslim day off.”

His statement reflects on the lack of communication between communities and their respective schools. It also shows us how one voice can make the difference.

So… What can you do?

Whether it takes the form of an email, phone call, local petition, or a visit to your local school, if there is something that affects you or your children, make sure you have your voice heard. There’s a high likelihood that there are others in your community who feel the same way. Talk to your community and collaborate—remember, there is power in numbers. White house petitions are great, but a lot of times you don’t need to reach very far to cash in your two cents.