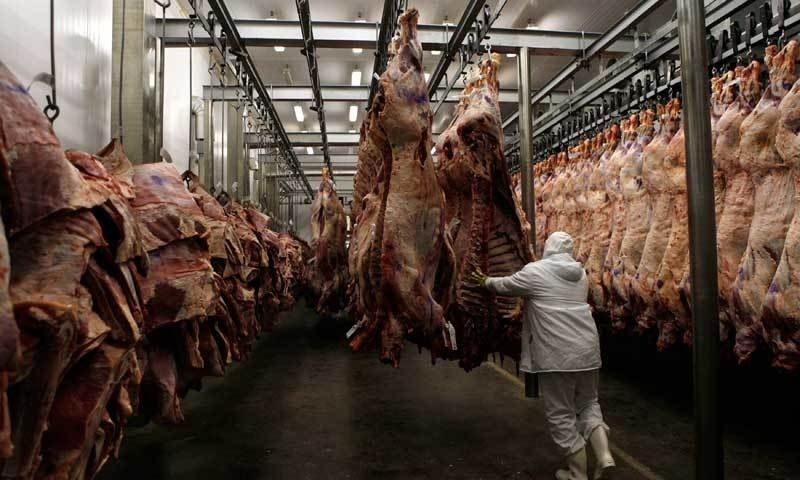 DENMARK – The ritual slaughter of animals, Islam’s Zabiha and Judaism’s Shechita are under fire as of February 17th. Denmark has made it a requirement that animals be stunned prior to slaughter, which means religious slaughter is no longer an option. “Animal rights come before religion” was the statement given by Denmark’s Dan Jørgensen, the Minister of Food, Agriculture and Fisheries. However, the reality of the matter is that animal rights come from religion. In regard to animal slaughter houses, animals are given better care when Zabiha and Shechita methods are properly enforced.

IFANCA, the Islamic Food and Nutrition Council of America, is one of the world’s leading halal-certification organizations, certifying over 2200 companies worldwide. Their headquarters are right here in Chicago, but they have a host of representatives throughout other countries, such as Pakistan, Canada, and Singapore. Here’s what Roger Othman, former board member and current Executive Director, had to say on behalf of IFANCA regarding the Zabiha process:

“In Islam, all creatures, including plants, should be taken care of in a gentle and caring manner. For consumable animals, they should be cared for from birth to end of life. They must be nourished properly, treated with dignity, and given proper care if they become ill or injured. This gentle treatment must be observed, even at slaughter time. This includes giving them water, treating them gently, not allowing them to see the slaughter knife before they are about to be slaughtered, and not slaughtering an animal in view of the other animals waiting to be slaughtered.”

As a result, properly adhering to Zabiha and Shechita methods requires much more regulation and care than simply smacking the animals on the head and calling it a day. The Islamic and Judaic dietary laws require that animals be taken care of throughout their lives. Animals that are cared for by these guidelines are more likely to have “better welfare than a lamb that has to ride on a truck to a slaughter plant,” as Temple Grandin points out, and then zapped into a state of unconsciousness.

Temple Grandin is a Professor of Animal Science at Colorado State University and author of various publications, one being her 2010 book, “Animals Make Us Human: Creating the Best Life for Animals.” She designs handling facilities for livestock, which are located throughout the world, in countries such as the U.S., Australia, and Canada. “I have observed that when kosher slaughter of cattle is done well,” she noted in an article, “there is almost no reaction from the animal when the throat is cut.” She adds, “flicking my hand near the animal’s face caused a bigger reaction.”

“If you bump your head or get an electric shock, you feel pain immediately. However, if you cut your finger, you may not feel anything until some time later. Cutting the animal’s neck during slaughter is akin to cutting your finger; it is cutting through skin. The resulting bleeding is rapid enough that it [would] result in death before the animal can feel the pain. However, being hit on the head or electrocuted is something they feel immediately.”

If the goal of Denmark is to promote and uphold animal rights, then they need to shift their sights to some of the much more heinous offenses taking place within their borders. Here are a few examples:

Bestiality, sexual intercourse between a person and an animal, is legal in Denmark. Not only that, the advertising and publicity of it is shamelessly open. The practice is carried out at places known as “Animal brothels,” where people pay to have sex with animals and have gained popularity throughout the years. People from other countries come to Denmark specifically to visit these brothels, claiming that its much harder to come across them in their own countries. In Michael Booth’s recent book, “Almost Nearly Perfect People: The Truth About The Nordic Miracle,” he states that 5% of Danish men have had sex with animals. Sadly, animals continue to be used as sex toys without any sort of legitimate consequence.

Furthermore, the Nordic Hunters’ Cooperation hosts 600,000 hunters within the Nordic countries and one of its members is the Danish Hunters’ Association (Danmarks Jægerforbunds). Hunting is a recreational activity and has caused the extinction of various species throughout the world. There is no stunning of the animals before they are shot, and shots do not necessarily kill the animals instantaneously and may leave many wounded and helpless.

So why is it that Denmark and other countries are wasting their time focusing on such a small part of a much greater issue? Zabiha and Shechita processes are not banned, per se, but they are illegal if the animal is not stunned prior to slaughter. If, however, stunning causes additional distress and discomfort for the animals, then the countries are too quick to jump on the high horse of animal rights activists.

What countries throughout the world need to focus on is the welfare of its animals, both inside and outside of the slaughter house. Conditions of slaughter houses are often despicable and horrendous, to say the least. It takes time, commitment, and money in order to give animals a healthy and happy life, a standard Zabiha and Shechita methods fully promote. Simply hitting a cow on its head a few minutes before killing it is not and should not be boasted as “upholding animal rights” and should most definitely not be a major cause for concern. Taking care of the animals’ mental and physical health, diet, utilizing the proper equipment, and committing to overall better animal welfare is what needs to be implemented in every country. As one online news source states, “This decision instead appears to targets religious minorities by selectively applying a concern for animal rights.”

Countries shouldn’t be under the impression that Islam and Judaism must be eliminated in order for there to be advancement in animal welfare. The reality of the matter is, Islamic and Judaic methods need to be implemented in order to bring about genuine, un-fabricated animal welfare.

The Messenger of Allah (peace be upon him) said: “Verily Allah has prescribed proficiency in all things. Thus, if you kill (an animal), kill well; and if you slaughter, slaughter well. Let each one of you sharpen his blade and let him spare suffering to the animal he slaughters”
Sahih Muslim