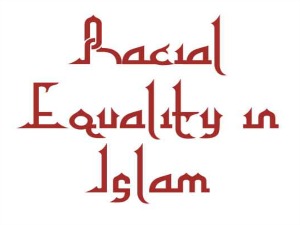 For Black History Month, the Muslim Anti-Racism Collaborative, @MuslimARC launched the hashtags, #BeingBlackAndMuslim and #DropTheAWord to encourage Twitter users to shed light on the difficulties, as well as the beauty, of being black and Muslim.

MuslimARC consists of a group of Imams, teachers, students, parents, lawyers, artists, and activists of all backgrounds, including varying ethnic and religious identities, who have come together after witnessing or personally experiencing issues of anti-blackness and racism in Muslim communities. The organization’s mission is to effectively challenge these struggles through creative means, such as the recent Twitter campaigns.

The campaign #BeingBlackAndMuslim quickly gained widespread attention; more than 7000 tweets were registered under the hashtag. Users reported instances where they were met with aggression from other Muslims, as well as stereotyping from non-Muslims.

Understanding all the racist comments directed your way at the mosque when you were a kid bc you speak Arabic at home #BeingBlackAndMuslim
— Hind Makki (@HindMakki) February 12, 2014

The issues were not isolated to race and religion, however. One of the most prominent issues stemmed from a need for women’s voices to be heard as well.

The most marginalized person in the American Muslim community is the Black female Muslim. #BeingBlackAndMuslim
— Dawud Walid (@DawudWalid) February 12, 2014

Some shared stories of support, others of frustration, but the overwhelming result was a need to speak out and for recognition and awareness.

#DropTheAWord got immediate attention as well. It was designed in particular to ask Arabs to stop using the words “abed” which means slave or servant, or its plural form “abeed,” as a slur when referring to people of African descent. Since the word means slave or servant it can be used in a proper context, such as “servant of God.” Other than that it is ideal to “drop the A word” completely.

#BeingBlackAndMuslim I call her out for saying it & she says, “Oh, I don’t mean YOU; I mean the Americans.” I pray she will #DropTheAWord

How can one call themselves a believer if they are putting down their brothers/sisters?? [we are all one] #DropTheAWord

“And do not insult one another and do not call each other by [offensive] nicknames.” [49:11] — Surat Al-Hujurāt #DropTheAWord

#DropTheAWord if you ever find yourself confused about whether a word is ok, there is one simple rule of thumb: racial slurs are never good.

We are all ‘abeed of Allah | 50:29 | T-shirts and wristbands #Campaign #DropTheAWord pic.twitter.com/vy9Zhw65V7

MuslimARC’s values statement says they strive for deep appreciation of diversity, an exchange of meaningful dialogue, self-reflection in the fight against arrogance, promotion of righteousness and unity, and belief in the applicability of theory to action, as suggested by Malcolm X in his Letter From Mecca, which states,

“America needs to understand Islam, because this is the one religion that erases from its society the race problem. […] During the past eleven days here in the Muslim world, I have eaten from the same plate, drunk from the same glass, and slept on the same rug – while praying to the same God – with fellow Muslims, whose eyes were the bluest of blue, whose hair was the blondest of blond, and whose skin was the whitest of white. And in the words and in the deeds of the white Muslims, I felt the same sincerity that I felt among the black African Muslims of Nigeria, Sudan and Ghana.”