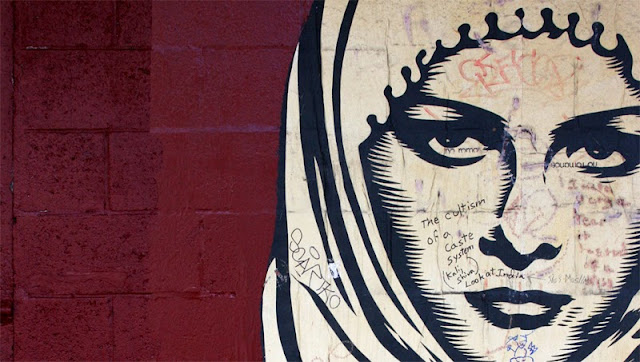 On March 4th, Sabina Khan-Ibarra hosted a Twitter party, with Aisha Saeed and Laila Alawa helping to moderate it. The cause: to celebrate #EmpoweredMuslimWomen. The conversation gave Muslim women the chance to define themselves, instead of everyone else doing it for them. The result: #EmpoweredMuslimWomen was trending in the United States. Empowered Muslim women were trending—talk about foreshadowing.

And, of course, what is a party without the all-too-common trolls, more than ready to play devil’s advocate:

Though I’m sure these comments were all just cases of extremely dry humor and truly don’t deserve the slightest bit of attention, they do, however, echo a greater issue.

Make me a sammich.
Shouldn’t you be in the kitchen?
Wanna hear a joke? … Women’s rights.

Out there are a plethora of jokes, pertaining to domestic violence, household enslavement, and inferiority. In other words, jokes pertaining to very real problems. Men, often times Muslim men, view women solely as maids. Good for nothing, except making food and cleaning the house, of course. Sadly, Muslim women are consequently lead to believe they have less worth than men. Why? You may have believed in or heard of the Tooth Fairy at one point in your life. The Boogie Man? Santa Claus?

Those figures were brought to life by stories passed on from one generation to the next. Sexism and inequality towards women came from the twisted perceptions of patriarchal societies where men hold the reins to this day. These are figments of our imagination and should not be given the power to control our lives.

What Muslim women need to remember is that our imaan (faith) empowers us. The derogatory words and behaviors of others are the links to our chains and the fabric to our binds. But any chain can be broken with the proper tools, and we all have them—our voices, actions, and resistance.

It would be absurd to tell others not to judge us by our religion. We, as Muslims, take pride in Islam. But, to say that our religion oppresses us, denies us our rights, or even that a scarf is capable of muffling our voices is small minded and does not reflect who we are as Muslim women. It reflects on the nauseating ignorance of misogynistic cultures.

When you judge and discriminate against others due to the color of their skin, you become racist. When you assume someone is incapable of respect or just stupid because of their gender, you become sexist. When you accuse an entire religion of terrorism and look at the hijab with a sense of superiority, you become a bigot. In every one of those scenarios, you would be the problem.

Inequality does not identify as Muslim. Inequality is the product of ignorance and arrogance. If your dad beat your mother in the name of Islam, he was ignorant, arrogant, and misguided.

Lastly, our take on our religion is our own and is not someone else’s business. What oppresses us are the petty, small mentalities that are a result of domestic and societal ignorance. The fact that many men sincerely believe that they have some sort of “Allah-given” right over women is absolutely ridiculous. It is mind-boggling that these men have the audacity to rip on women in the public sphere, places like Facebook and YouTube, as if they have been divinely ordained to keep us in check. Videos of Muslim women speaking against hate and spreading love are followed by comments damning her to hell for the strand of hair peeking out of her hijab, calling in the armed forces to dismantle her plucked brows.

The nurturing instincts of women, their delicate hands, or soft hair should not be mistaken as tell-tale signs of their spiritual, moral, or mental strength and resilience. We may be soft on the eyes, but so are the clouds on a sunny day. Don’t tempt a storm.

These discussions are incredibly important and relevant in today’s society. Let’s all make it a constant, consistent effort to initiate these kinds of dialogue, both on and off of Twitter.

“The most perfect in faith amongst the believers is he who is best in manners and kindest to his wife.”
Prophet Muhammad (Peace be Upon Him)