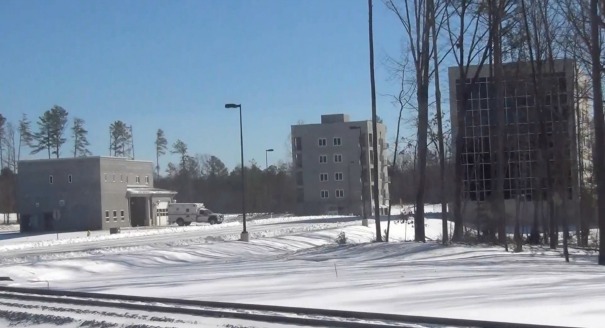 On February 16th 2014 the U.S military constructed a complex zone designed center-terrorist combat training. This artificial city is located in Fort A.P Hill Virginia. The Telegraph reported that the training center launched its opening January of this year,

“The U.S. Army has built a 300 acre ‘fake city’ complete with a sports stadium, bank, school, and an underground subway in order to train for unspecified future combat scenarios.”

Building fake cities is a waste of money. At the cost of $96 million dollars to build and taking just two years to complete, this money can be used to aid families overseas who suffer from starvation, as well as build homes for the less fortunate here in the US. But instead the government chooses to fund the building of an artificial city that is only being used by soldiers.

Americans have become very good at complaining about how the unstable economy is affecting everyone, yet people are doing nothing to enact real change. In order for change, people need to be proactive with the government and send the money to provide  healthcare in the U.S.

According to The Telegraph report, “The facility was created in 2004 to help combat terrorism and reduce the vulnerabilities of the army to emerging threats”.

Forbes article on Budget Cuts Are Killing Military Preparedness reports that the federal government are responsible for funding the U.S military.

“The 300 acre ‘town’ includes a five story embassy, a bank, a school, an underground subway and train station, a mosque, a football stadium, and a helicopter landing zone”.

Troops practice their training by learning how to crawl through small spaces such as ceiling ducts and moving across subway platforms. Another military training center in California built a artificial city as well, mocking a Middle Eastern country. Soldiers are targeting areas that are populated with normal civilians and that is a violation of human rights. The Gizmodo posts,

“The National Training Center at Fort Irwin in California also features fake Middle Eastern villages, complete with vendors selling plastic bread and meat. The dimensions of an artificial village—from the width of the streets to the height of the steps—are all calculated to replicate an Iraqi one”.

I believe the federal government should cut back on funding the military. Instead, the government should focus on using the money to provide better healthcare in the US. Also, money can be used to apply more funding into education so that new schools can be rebuilt. Family and children need more opportunities for medical care and education institutions.

<img alt=”” src=”http://chicagomonitor.com/wp-content/uploads/2014/02/thinbar2.jpg” />
<em>The views expressed in this article are the author’s own and do not necessarily reflect Chicago Monitor’s editorial policy.</em>
&nbsp;