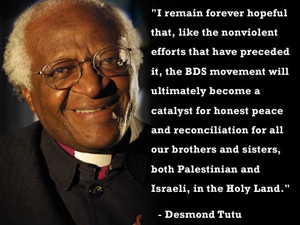 In December 2013, the American Studies Association (ASA) , the largest association of academics devoted to the interdisciplinary study of American culture and history, passed a resolution to endorse the 2004 call from the Palestinian Campaign for the Academic and Cultural Boycott of Israel endorsed by the great majority of Palestinian civil society organizations. Since that vote, there has been a backlash of bills and resolutions introduced at the national and state level that condemn academic boycotts for “singling out Israel” for human rights abuses; suggest that boycott supporters are anti-Semitic; and in some cases threaten public universities with the loss of funds when their faculty support boycott activity of any kind. A broad coalition of human rights, civil rights, academics, and graduate student groups mobilized and stopped the bill and the resolution in Illinois.

On the Federal level, Representative Peter Roskam (R-IL) and Dan Lipinski (D-IL) have introduced H.R.4009 cynically called the “Protect Academic Freedom Act”, that would deny federal funding to academic institutions “participating in” the academic boycott of Israel. The bill would ban funding for institutions in which any organizations receiving university funding adopt resolutions or issue statements in support of the academic boycott. The bill is still in the House Committee on Education and the Workforce.

On the state level, there have been anti-boycott bills introduced in New York, Pennsylvania, Maryland, Florida and Illinois.

In New York, the original bill was withdrawn after opposition from multiple groups and the public, including a New York Times editorial against the bill. But the bill’s sponsor has re-written the bill, reducing the punishment for involvement with a group that supports the boycott to denying reimbursement for expenses. The bill is still in the Higher Education Committee.

In Pennsylvania, the legislature adopted the House resolution HR 627 on March 12 and the Senate resolution, SR 279, remains in the Education Committee. Both resolutions condemn academic boycotts of Israel as “anti-Semitism” and call upon all Pennsylvania colleges not to participate in them.

A Florida bill denouncing academic boycotts of Israel as “biased and hypocritical” SR 894 has already been approved without opposition in the Education and Rules committees and was approved today in the Florida Senate.

In Maryland, the original bill would have cut funding by 3% to state schools that “support” the boycott. The coalition in Maryland has been very effective in getting support from a broad group of people. Opposition included organizations such as the ACLU, the Center for Constitutional Rights,  Jewish Voice for Peace, the U.S. Campaign to End the Israeli  Occupation, the Defending Dissent Foundation as well as the  Anti-Defamation League, the American Jewish Committee and the Jewish Community Relations Council of Greater Washington. The coalition even requested a statement from Desmond Tutu who obliged with a letter that criticized all of these attempts to punish and intimidate those “who speak their conscience and challenge the human rights violations endured by the Palestinian people”.

I am writing today to express grave concern about a wave of legislative measures in the United States aimed at punishing and intimidating those who speak their conscience and challenge the human rights violations endured by the Palestinian people. In legislatures in Maryland, New York, Illinois, Florida, and even the United States Congress, bills have been proposed that would either bar funding to academic associations or seek to malign those who have taken a stand against the Israeli occupation of Palestine.

This bill was amended and the funding cut was taken out because of a statewide coalition opposing the bill.  But an amendment denouncing the boycott was added to the state budget that eventually passed the Maryland General Assembly.  On the house floor, Kramer, the sponsoring representative, described the ASA as a “racist  organization” and compared supporters of Palestinian human rights to  “Nazis.” Legislators of the GA’s conference committee revised Kramer’s language significantly. While they condemn the ASA boycott and  academic boycotts generally, they also state: “official state control of intellectual inquiry and activity is a mark of authoritarian  societies and is strongly disfavored in a pluralistic democratic culture.” One of the members of the Maryland coalition said “While we are grateful that the most egregious libels were removed from the budget bill amendment, we believe that boycott is a time-honored tactic that effectively and non-violently brings about  social change. That legislators would condemn the use of the same  tactic that brought an end to Jim Crow, apartheid in South Africa, and  supported farm workers rights is deeply saddening,” said Dr. Asim Ali,  member of ASA and professor at the University of MD at College Park.

But the mobilization against the anti-boycott bill and resolution in Illinois has been particularly effective.

The sponsor of the bill, State Senator Ira Silverstein (D – Chicago), was pressured to not even post his bill for a hearing – a bill that would have cut state funding from institutions that ‘support’ the boycott SB3017.  He then introduced a resolution that condemned all academic boycotts. The work of the coalition was rewarded by a defeat of the resolution in the Judiciary Committee on April 1, 2014. How was this accomplished?

The Palestine Solidarity Legal Support (PSLS) group (part of the Center for Constitutional Rights ) had been tracking the introduction of anti-boycott bills in various state legislatures.  As soon as word came that there was an anti-boycott bill being introduced in Illinois, the Palestine Solidarity Legal Support group starting contacting various Palestinian, Palestine solidarity, faith-based, and civil rights groups in Chicago to mobilize to oppose the bill. Very quickly there were core representatives of these groups along with ASA members who tracked the progress of the bill to a hearing at one of the Illinois Senate legislative committees. An action alert was sent out the day of the hearing for people to call their State Senators who were on the committee, fill out online “witness slips” opposing the bill, and coalition representatives headed to Springfield to testify. On account of the large number of phone calls and emails to senators’ offices, witness slips posted, and the opposition of the ACLU chapter in Illinois, the bill was not called for debate or a vote at the hearing. The bill was officially “postponed” with a deadline of April 11 for it to be brought up again for considerations. A week later State Senator Ira Silverstein shifted his tactics and scheduled a resolution to be discussed at another hearing. This time pro-Israel groups were mobilized to fill out witness slips in favor of the resolution. The coalition once again issued an action alert to make calls, fill out witness slips, and testify at the hearing. The ACLU-IL also issued a written statement opposing the resolution.

This time the resolution was debated and people from both sides testified. The chairman of the committee was heard to comment that this resolution would have attacked the boycott against the South African apartheid government. Finally the Judiciary Committee of the Illinois Senate rejected Senate Joint Resolution (SJR) 59, proposed by Senator Ira Silverstein (D-Chicago), that urged Illinois university and college presidents to condemn academic boycotts as a form of protest. The vote was 3 for the resolution, 2 against, and 5 “present.” This means the resolution will not move forward to the Illinois State Senate. Dima Khalidi, Director of PSLS and Cooperating Counsel with CCR, hailed the outcome: “The senators clearly understood that this legislation was attacking a form of protected First Amendment expression that previously helped end apartheid in South Africa, and that it was not their place to interfere in such expression because they might disagree politically.  We can only hope that legislators in other states where similar bills have been proposed also recognize the harm that they would do to academic speech and association rights.” – See the Press release from the Coalition for more information on this victory.

Today, April 11, was the deadline to take action on the anti-boycott bill in the Judiciary Committee. There was no committee meeting even scheduled for today which means the bill is officially dead for this session of the legislature. This is a tremendous victory for academic freedom and free speech in Illinois. It is also a victory for the rights of everyone engaging in boycotts and other nonviolent efforts to confront, challenge and change oppressive policies. See the Coalition’s victory statement on the CAIR-Chicago website.

A major factor in the success of the Illinois coalition was the active level of support from so many different groups that were able to mobilize people to respond rapidly to both the bill and the resolution. Coalition members monitored the progress of the bill and the resolution alerting members to respond whenever there was any change in status. The combination of petitions, phone calls and emails from constituents of the committee members, large numbers of online witness slips, and in person testimony was able to first convince the sponsor to abandon the bill and then sway the committee to not move ahead with the resolution.