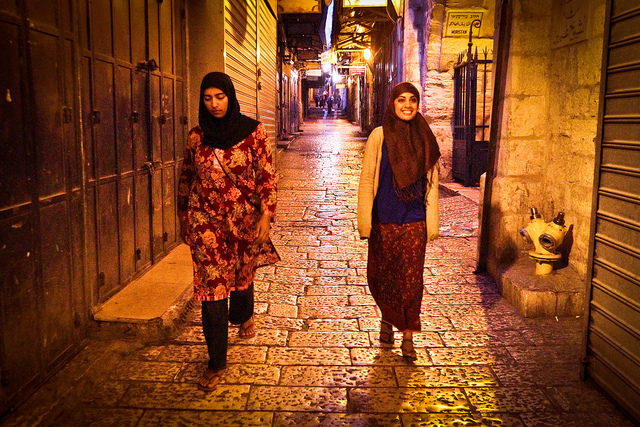 There has been considerable controversy over the “Happy British Muslims” video set to the song, “Happy,” by Pharrell Williams. Although most have responded positively to the effort by a group called the “Honesty Policy”,there has been no shortage of those, especially on social media, who have denounced it as “haram,” or “forbidden.”

Leaving aside the fact that there is considerable evidence that listening to music is not forbidden in Islam, very good points have been made about the singer Pharrell Williams and his past projects, most notably the horrific song “Blurred Lines.” Nevertheless, each song should be evaluated on its own, and Pharrell’s song “Happy” has no immorality and a great message.

What I liked most about the video made in Britain is how good it made you feel, seeing your brothers and sisters smiling and having a good time. It gave me a bond with them, even though I did not know the overwhelming majority of them. What’s more, it made me appreciate how similar that Muslim community is to our own, and if someone had told me that those Muslims were from Chicago, I would have believed him.

Enter the Muslims in Chicago: they have unleashed a similar project, and it was released on April 21.  One of the participants, Chicagoan Hind Makki, wrote: “when I was approached to participate in a Chicago version of this viral sensation, I immediately signed on. Why not participate in something that will help put a smile on someone’s face?”

Now, of course, there have been those in our community who were quick to denounce it (check the comments on the YouTube page). Yet, my whole point about this project is that…it is OK for Muslims to be happy.

A very common theme of the negative comments about the video is the thinking that: how can you smile and dance when “Syria is burning”? In fact, there is no shortage of places in the Muslim world where tragedy has struck: Syria, Palestine, Burma, Iraq, Afghanistan; the list can go on and on.

Does that mean that we, as Muslims, can never be happy?

Yes, our hearts bleed for the innocents in Syria that are losing their lives, by the hour, at the hands of a brutal regime. Yes, we cry along with the countless parents who are screaming over their lost children all across the Muslim world. Yes, our Prophet (pbuh) told us that we, as an Ummah, are one body, and when one part hurts, the whole body aches.

But does that mean that we, as Muslims, can never be happy? Of course not.

Let me give an example: almost five years ago, my wife and I lost our eldest child to cancer. There is not a day that goes by that my wife and I do not miss her beautiful face and her even more beautiful soul. There is not a day that goes by when my heart does not scream out from the horrific pain of her loss. There are many days where I want to physically scream – but do not – to let the sometimes unbearable pain of her loss come out.

But, by the beautiful grace of God, I have been given many happy times since then. I have joked, and laughed, and smiled. By the look on my face, one would have never known that I carry an horrific burden of grief that no one should have to bear. But, being happy does not betray my grief over my daughter’s death. It is showing gratitude to the Beautiful One Who has given me some relief from that pain.

And so, it is OK for Muslims to be happy and show it. Now, is dancing to Pharrell Williams’ song “Happy” the only way to show the world that our community is happy? Of course not.

But, this project has really done the community a lot of good, and it shows the world that we are a vibrant, diverse, and…yes…happy community. It will go a long way towards dispelling some of the very ugly stereotypes and misconceptions about our people and our faith. If you don’t agree with this project, that is fine. But don’t attack those who are simply trying to show the world that the truth about our community that the news frequently fails to report.